Concessions in Worship in Islam

Description: How God and His Prophet make the path to Paradise easy. 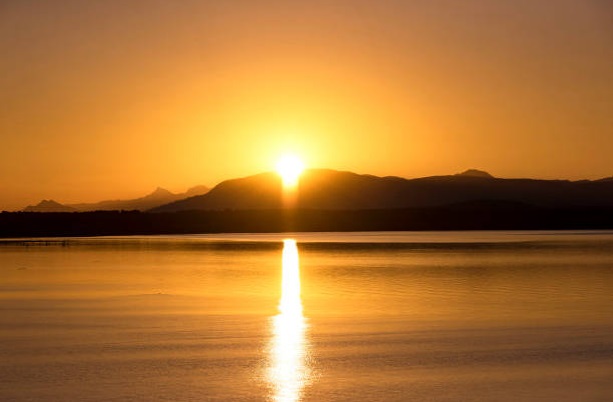 The creed of Islam is more than a religion; it is a way of life.  There are no aspects of our daily lives that Islam does not cover.  The Quran and the traditions of Prophet Muhammad, may the mercy and blessings of God be upon him, teach us how to live our best life.  Most importantly we are taught how to worship God, through the five Pillars of Islam and in all of our actions.  Thus it could appear, to those who have only scratched the surface of the Islamic creed, that Islam is a religion of rules and regulations, do this, and do that.  However, nothing could be further from the truth.

Islam is designed for everybody, those whose physical and mental faculties are in peak condition, and those who find some aspects of life difficult.  In fact, those who cannot cope in this hustle and bustle find Islam to be stress-free.  The guidelines of Islam, the Quran and the traditions of Prophet Muhammad, are designed to give comfort and to make life easy.  This is because Islamic laws are designed to benefit humankind, and Prophet Muhammad, and all he represents and teaches, is a mercy for humankind.

Prophet Muhammad advised his followers to be easy on themselves and on the newly converted believers.  He said, "Religion is very easy and whoever overburdens himself in his religion will not be able to continue in that way."[1]  And, "Treat the people with ease and don’t be hard on them; give them glad tidings and don’t fill them with aversion.’’

God wants us to worship Him and follow His guidelines, but He does not want us to be overburdened.  He wants the path to Paradise to be easy, and to this end there is a principle in Islam that says difficulty warrants ease.   This means that if someone is in difficulty the laws of Islam grant a concession.  Concessions are usually given in circumstances involving injury, illness, old age, and travel.

An excellent example of the way in which God grants concessions to aid the believer can be seen in the prayer of the sick.  When a sick person is not able to pray standing, then he may pray sitting.  If he is unable to pray sitting, then he may pray while lying on his side.  If he is unable to pray while on his side, he may lie on his back and perform the prayer.  These concessions make it clear that God does not burden any person beyond their capacity.

Every Muslim must perform ablution before prayer.   God grants concessions to those who are ill or injured in this case too.   If the person is unable to use water, or fears for his safety or recovery if he does use it, he is allowed to use clean earth to perform a dry ablution by striking the earth with both hands and then wiping the face and hands.

Difficulty caused by sickness or injury is one of the valid excuses that make it permissible to join prayers.  If a person is sick or injured it is permissible for him to join lunchtime and afternoon, and evening and night-time prayers at the time of the earlier or later prayer, depending on what is easiest for him.  It should be understood however that the prayers should be offered in full because shortening prayers is a concession for the traveler.

Sheikh al-Islam Ibn Taymiyah said, "The reason for shortening prayers is (for) travel only, and it is not permitted when one is not traveling.  As for joining prayers when one has an excuse or a need (sickness or injury), if he needs to, he may join them when traveling short or long distances, and he may join them when it is raining and the like, or when he is sick and the like, or for other reasons.  The aim behind this is to spare the Muslim nation (believers) from hardship.’[2]

Anas ibn Malik said, "We went out with the Prophet from Madinah to Makkah, and he offered his prayers with two units every time until we returned to Madinah."[3]

Muslims are obligated to fast during the month of Ramadan.  It is one of the five pillars of Islam, yet, when the person is elderly or infirm, or another genuine reason exists, such as a chronic illness, the Muslim is exempt from fasting.  They do not have to make up for missed days but are required to feed a poor person for each day of Ramadan.  The person who is ill during the time of fasting but expects to recover is allowed to either not fast or break their fast; they are however required to make up any fasting days missed.

"…But if any of you are ill or on a journey, the same number (of days you miss) should be made up from other days.  And as for those who can fast with difficulty, they have to feed a poor person as compensation…" (Quran 2:184)

The traveler is also allowed to refrain from fasting or to break their fast if they are traveling the distance required for shortening the prayer.  However, they must make up the missed days.  Pregnant and breastfeeding women are allowed to break their fast if they are concerned for themselves, their infants, or their unborn babies.  Pregnant and breastfeeding women must make up for the missed days when their circumstances or conditions change.

The Hajj is incumbent on every mature, sane, and financially able Muslim.  Only those who have the necessary provisions and the means are obligated to perform it.  Thus, the very poor and needy are exempt.  In addition to this, there are other concessions to make sure the pillars of Islam are not difficult, and all problems are eradicated.

"Pilgrimage is a duty men owe to God—those who can afford the journey" (Quran 3:97)

If the pilgrim is old, infirm, or unable to walk but otherwise healthy, he is able to use a form of transportation such as a wheelchair.  In the time of the Prophet Muhammad, it was not unusual to see people circle the Kabah on the back of a donkey.

One of the Hajj rituals is to remain at Muzdalifah overnight and proceed to Mina to throw pebbles just after sunrise.  However, God grants a concession to the old, the weak, and the women and children, allowing them to throw the pebbles during the night.

This is by no means a complete list of the concessions God allows in order to ease the difficulties of the believers.  These examples are provided in order to demonstrate that even in the obligatory Pillars of Islam God desires that the believers feel comfort and ease.