Description: This chapter deals with one subject, the Oneness of God.  It provides us with guidelines and leads us to monotheism. 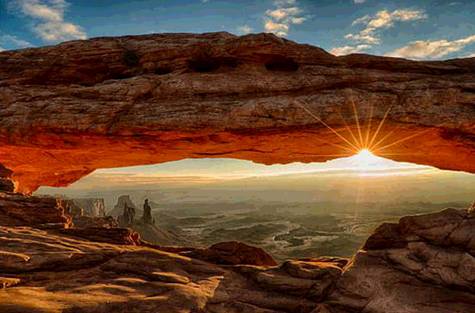 This chapter of seventy-five verses was revealed in Mecca.  Its title comes from the word zumar mentioned in verses seventy-one and seventy-three.  The majority of chapters revealed in the Meccan period dealt with the fundamentals of faith and this one is no exception.  This chapter contrasts the believers with those who ascribe partners with God.  People are free to choose, we are told, however choosing the right path before it is too late is urgently recommended.

This revelation (the Quran) is from God, sent down to Prophet Muhammad, may the mercy and blessings of God be upon him.  The religion acceptable to God is that none be associated with Him in both worship and obedience.  Those who justify their actions saying we only worship others to make them closer to God will be judged by God and find that He does not guide those who lie and disbelieve.

If God intended to have offspring, He could have chosen anyone from the creation, but he is far too exalted for such a thing.  He created the heavens and the earth for a purpose; the night and the day wrap over one another and the sun and the moon run in their orbits for a specified time.  He created humankind from a single person (Adam) and from him He made his wife (Eve).  God created livestock in pairs and creates people in their mother’s wombs one after the other in threefold darkness (the stomach, the uterus, and the amniotic membrane).  God has control; there is no deity but Him.  How could you turn away?

God does not need the disbelievers, and He does not like ingratitude.  He likes to see gratitude, and no soul will ever bear another’s burden.  When returned to God He will tell us the truth about what we did in this life.  When adversity touches humankind, they call upon their Lord, but when He bestows blessings, they turn away and forget Him.  Is the person who prays in the night and fears the Hereafter like the person who does not? Are those who know equal to those who do not know? Those who do good will have a good reward.  Say I am commanded to worship God and obey none but Him and I fear a terrible Day.

The losers are those who lose themselves and their families on the Day of Judgement; they will be under layers of fire.  Those who shun the worship of false gods are the people of understanding, and they will have dwellings built for them in gardens under which rivers flow.  This is God’s promise.

God sends down rain, it brings forth vegetation which later withers and dies at His command.  This is a reminder—every rise has a fall, therefore do not be charmed by this world and its glitter and forget God and the Hereafter.  Some walk in the light, others have hearts that have hardened, and they have completely lost their way.

Is the one who is to be punished like the one who is secure? The wrongdoers will taste the chastisement they earned.  Many in the past denied God, but the punishment came upon them suddenly, and the punishment in the Hereafter will be far worse.  Everyone will die, and on the Day of Resurrection, many will dispute with one another in God’s presence.  Who is more unjust than the person who lies about God? Hell is the abode of the disbelievers, and the righteous will have whatever they desire.

Is God not enough for His servant? The disbelievers threaten Prophet Muhammad with what they worship other than God.  If God allows a person to stray none can guide him, but if He guides someone none can lead him astray.  They say that God created the heavens and the earth, so ask them why do they invoke something other than God! Can they remove harm; can they give or withhold mercy!? Whoever follows the guidance of the Quran does so for his own benefit and whoever goes astray does so at his own peril.

When God is mentioned, the hearts of the disbelievers shrink with aversion, but if an idol is mentioned, they are happy.   And God will judge between those who differ.  Even if the wrongdoers have everything in this world, and more than that, they would certainly offer it to ransom themselves from the punishment on the Day of Judgement.  God will then show them something they did not expect—their evil deeds plain to see and they will be overwhelmed.

When adversity touches a person, he calls on God, but when he receives a blessing, he attributes it to his own knowledge.  It is a test, and people in the past were tested in the same way.  Today’s wrongdoers will be hit in the same way the people of the past were hit by the evil effects of their deeds.  One can always turn back to God—never despair of His mercy because He forgives all sins of those who repent and correct themselves.

Follow the Quran before the punishment comes, and you are regretful.  Those who lied about God will be punished, whilst those who did well will be delivered to a place of safety.  God created everything; the keys to the heavens and the earth are His.

Why worship something other than God when you have been warned both now, and in the past, about the danger of ascribing partners to God.  Your work will become worthless, and you will be among the losers.  On the Day of Resurrection, God will roll up the heavens in His right hand, the trumpet will sound, and everyone will fall down senseless except those who God spares.  The trumpet will sound again causing everyone to stand upright.  The earth will shine, the book of deeds will be opened, and the prophets and witnesses will be called.

I love Islam so much