Chapter 8, An-Anfal (The Spoils of War)

Description: The lessons learned in the Battle of Badr, an acknowledgement of God as the architect of victory, and a reminder to the believers about the importance of supporting one another. 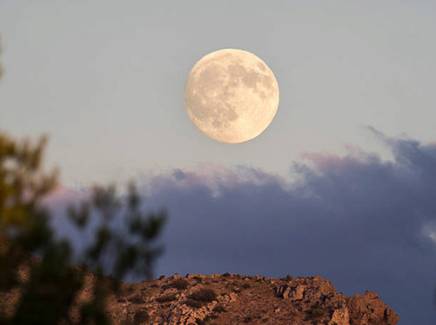 The Spoils of War is a seventy-five verse chapter revealed in Medina after the Battle of Badr.  It is, for the most part, a lengthy commentary on the first battle between the believers and the Meccan disbelievers.  The believers, some of whom were originally very reluctant to fight, won a great victory even though they were vastly outnumbered.  Some then began to question the distribution of the war booty and thus the chapter is named The Spoils of War.  God reminds them that He brought about the victory and details the distributions of the spoils.  The chapter articulates the general Islamic principles of war and peace and uses them as a morality lesson.

God instructs Prophet Muhammad, may the mercy and blessings of God be upon him, to inform the believers that the distribution of the war booty is a matter to be decided by God and His Messenger.   The booty is in fact a bounty from God thus they should be mindful of Him and obey Him.  The faith of the true believer increases upon hearing the Quran recited, and they establish the prayer and spend (give charity) from what God has provided.  The true believers will have a high status with God, forgiveness, and a generous provision.

The believers ventured from their homes for a true purpose (fighting in God’s cause).  Many were hesitant, but God promised them victory because He wanted to establish the truth and cut down the disbelievers.  He promised one thousand angels as a message of hope and to help the believers.  On the night before the battle, God gave the believers a secure sleep, cleansing rain to wash away the whisperings of Satan, and made them steadfast.

God instructed the angels to strike the enemy above their necks and to cut off their fingertips.  They oppose God and His messenger, and the penalty is severe.  And the believers were instructed not to flee, unless as a war strategy, because those that flee earn God’s anger.  The believers had insufficient strength to vanquish the enemy, but God supported them.  When Prophet Muhammad threw a handful of dust into the faces of the enemy, God caused it to fill the eyes and nose of every soldier, and it prevented their advance.  If the disbelievers do not cease hostilities, God will continue to strengthen the believers.

Verses 28 – 40 God separates the bad from the good

There are some who pretend to listen, but they do not.  God instructs the believers to beware of discord and to remember how He supported and sheltered them.  Do not betray God and His messenger, or the trusts you are given.  Children and wealth are a trial, but the reward that is with God is better and longer lasting.  Fear God, and He will grant you the knowledge between right and wrong and make a way out of all difficulties for you.  The disbelievers planned to take you captive or kill you, but God also planned.   The disbelievers heard God’s revelation but mocked and boasted that they too could fabricate such words; they called the Quran tales of the ancients.  They also called on God to rain down stones from the sky, but God would not punish them while the believers were in their midst nor does He punish those who seek forgiveness.

God has every reason to punish them when they obstruct people from the Sacred Mosque in Mecca; they are not the rightful guardians.  Those that are mindful of God are the rightful guardians.  The disbelievers don’t understand this, and their prayers there are nothing but clapping and whistling.  They use their wealth to stop people from worshipping God, and they will continue on this path; eventually they will be overcome and herded towards Hell.  God will separate the bad from the good and heap the bad on top of one another.  Prophet Muhammad is told to tell the disbelievers that if they desist, they will be forgiven.  But if the return to hostilities God will be on the side of the believers, and they will fight the disbelievers until all worship is directed to God alone.

One-fifth of the spoils belong to God and His messenger, his close relatives, orphans, the needy, and the travelers.  The remaining four-fifths are divided among the soldiers.

God instructs the believers to be firm in battle, to be mindful of God, and not to quarrel.  Do not be full of conceit or bar others from the way of God.  Satan gave the disbelievers false confidence, but when the battle began, he fled.  He fears God.

Those that are arrogant say the believers are deluded, but if only you could see what happens when the angels take the souls of the disbelievers; they strike their faces, and they are destined for the fire.  The ones who break their treaties and pledges do not fear God thus if Prophet Muhammad gains dominance over them God instructs him to kill them and make an example of them, to discourage others.  Dissolve the treaties with those who show signs of treachery.

Verses 59 – 75 Disbelievers and believers are not the same

Let the disbelievers escape if they can because they will not escape God, and prepare for war.  Whatever is spent in the way of God will be repaid.  If they incline towards peace make peace.  Trust God because if they intend to deceive you, He will know.

The believers are urged into battle.  Twenty believers can overcome two hundred disbelievers, and if there are one hundred believers, they will overcome one thousand, and God lightens the hardship even more.  There can be no prisoners until the believers have thoroughly subdued the land.

Those who emigrated for the sake of God and those who gave them shelter (in Medina) are allies.  Those who believed but did not emigrate must emigrate if they want support.  The disbelievers support one another, and if the believers do not become staunch allies there will be oppression and corruption in the land.  The believers are brothers, but those believers with blood relationships are more entitled to inheritance.