Description: From the numerous lessons that can be learnt from the righteous life of Jesus, this article lists some of them. 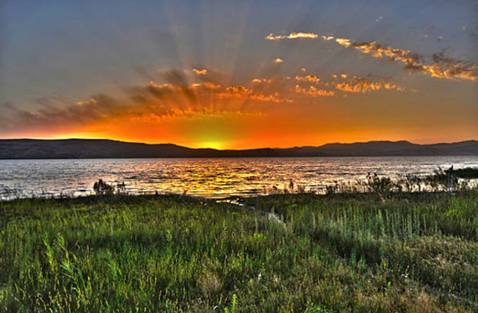 Jesus (peace be upon him) was among the five greatest messengers sent to humanity—collectively called the Ulul’Azm[1].  He was the last messenger before our Messenger Muhammad, may the mercy and blessings of God be upon him.  According to Imam as-Suyuti, he is also counted as the greatest of the Sahabah (companion of Prophet Muhammad).  This is because he was raised up alive.

Therefore, when Prophet Muhammad met him on the night of Mi’raj (Prophet Muhammad’s ascension through the heavens), he was not yet dead.  One who meets the Prophet, believes in him and dies with that belief is considered a Sahabah.  So what lessons then can we learn from Jesus?  There are actually hundreds! We will just give a flavor of them in this article and share 10!

When the people shamed Mary (peace be upon her) for having a child outside of marriage (they did not know that it was miraculous), God gave Jesus a miracle and he spoke from the cradle.

"[Jesus] said, ‘I am a slave of God.  He has granted me the Scripture; made me a prophet; made me blessed wherever I may be.  He commanded me to pray, to give alms as long as I live, to cherish my mother.  He did not make me domineering or graceless.  Peace was on me the day I was born, and will be on me the day I die and the day I am raised to life again.’ Such was Jesus, son of Mary." (Quran 19:30-34)

1.  Slavery is the greatest honor

Due to the way human history has gone, the word slavery has very negative connotations and rightly so.  Islam came to take people from being slaves to other people to be enslaved to God.  And the greatest honor for any human being is to willingly enslave oneself to God.  God is the Master, He decides, and we hear and obey.  That is the contract, and God is the Most Merciful of those who show mercy.  He is the One who gives and gives and asks for very little from His slaves.  The prophets were honored because they were the best in their slavery to God.  And that is our most important identity—we are slaves of God.

2.  Scripture and prophethood lead to blessing

Jesus mentions that he has been given the Scripture and that he has been made a prophet and that he is blessed wherever he is.  This is an indication to us that the closer we are to the Scripture that God has sent (the Quran) and to the ways of our prophets, the more blessed we shall be wherever we are.  The key to earning blessings from God and having a blessed existence is our relationship with the Book and the way of the prophets.

Jesus was the best human at his time.  He knew the Scripture and he was a prophet.  And yet immediately after, he mentioned that he has been commanded to pray and to give charity.  Knowing leads to action.  This is Islam as a religion that teaches us to act and not just do.

4.  Deeds for people and deeds for God

5.  Good manners are the hallmark of Islam

Jesus says that he is not domineering and graceless.  The Prophet Muhammad said, "Nothing is heavier on the balance of good deeds on the Day of Judgement than good manners."[2]  Among the greatest of deeds that we can do is to have good manners.  It is also particularly important here because even though the people said very horrible things about his mother, he responded with grace and authority that was not demeaning anyone.  He did not respond fire with fire.  He responded to ill-speech with beautiful speech.

In the midst of all of this hard talk, Jesus found time to mention that he has been made dutiful to his mother.  There is no other person more important in our lives than our mother.  No relationship more sacred.  No one more deserving of our love and obedience.  They are our easiest road to Paradise.  They are the caravan that will always have a place for us.  The watering hole that will always give us pristine pure water.

7.  Taqwa is the measure of our success

Among the many determinants that God could have chosen to judge us, He chose the one that none of us can see—taqwa (God-consciousness or piety).  The Prophet said, "Taqwa is here" while pointing at his chest.  That is the order from Jesus as well.  Be mindful of God.  How do we attain taqwa? The best and easiest way is for us to be mindful of God in our everyday dealings and at every step ask ourselves, "Will God be pleased with me for this?"

8.  The straight path is simple

We do not need to complicate matters.  The Straight Path is simple—God is our Lord and we obey Him.  We are His slaves and we do as He wants us to.  That is the straight path.

9.  Number of followers is not a measure of success

It is known that not too many people responded to the call of Jesus.  This does not mean he was not successful.  The hearts of people lie in the hands of God.  We are only asked to convey.  And that is why despite the few number of immediate companions, he has been one of the five great prophets in history.

10.  Be with the truth even if the people are few

Even if few people are practicing Islam, we should still practice.  Even if the followers are few, it does not mean it is not true.  Truth is based on the idea, not on the number of followers.

[1] They comprise of Prophet Noah, Abraham, Moses, Jesus and Muhammad (peace be upon them all).