Business Ethics in Islam (part 2 of 2): Usury and other prohibited practices

Description: A discussion of usury and its effects, and a look at deception and other prohibitions in Islamic business and trade. 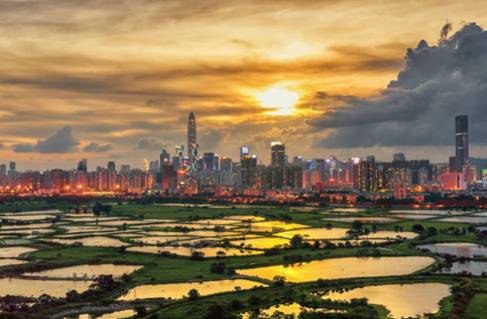 Business ethics in Islam includes the prohibition of usury, or what Islam calls riba. Islam’s rejection of usury is absolute, and this alone is often used as an example of Islam’s so-called backwardness. However, as we shall see, usury and its prohibition is as appropriate today as it was when Islam confirmed God’s dislike for a practice that is designed to steal money from those who can least afford to lose it.

In Western countries, usury is defined as the practice of lending money at unreasonably high rates of interest that are usually in excess of the legal rate. It is thought of as the practice of making unethical or immoral monetary loans that unfairly enrich the lender. Originally, however, usury meant interest of any kind and Islam still uses that definition.

In Islam, usury is known as riba which means excess, and in Islamic law, it refers to an extra guaranteed amount paid or received over and above the principal amount loaned or in exchange of a commodity. Islam says that usury is a grievous sin. Charging interest is not allowed; it is not considered a morally righteous business practice. And usury (riba) also includes usurious trade practices such as the simultaneous exchange of goods of unequal quantity or quality.

God understands the human being well and has outlined in the Quran and through the teachings of Prophet Muhammad, may the peace and blessings of God be upon him, the correct way to conduct business, including how to lend money. There is such a thing as ‘the good loan.’ This is the loan by which one intends to show kindness to a fellow human being and do him a favor. It does not involve taking interest. Some good business practices were discussed in part 1.

"Oh you who believe! Fear God and give up what remains due to you from usury if you are true believers." (Quran 2:278)

Why Usury is Forbidden

Islam has forbidden usury in all its forms due to the great deal of harm it inflicts on the individual and society as a whole. Usury causes an unequal distribution of wealth and resources and widens the gap between the rich and poor. It concentrates the wealth in the hands of a few people or corporations and is not used for the general good of the community.  Prophet Muhammad cursed the one who consumes usury, and the one who pays it, the one who writes it down, and the two who witness it, and he said, they are all the same.[1]

An Islamic society is based on brotherhood, empathy, kindness, and justice, thus if a person is in need of money or a loan, someone with excess money should fulfill his need for the sake of neighborly relations, community cohesion, and for the sake of God. Islam treats those who deal with usury very severely because it encourages a system based on selfishness, exploitation, and oppression. In Western societies where interest-based banking is the norm, the affluent people are often not inclined to help the needy; they are usually more concerned with their own desires.  Those who deal in interest-based loans outside the financial institutions are often referred to as loan sharks because they enforce payment by means of violence and intimidation.

Some Other Prohibited Business Practices

Other prohibited business methods include deception, gambling, and the sale of forbidden goods and services. Gharar can be roughly translated to deception, uncertainty, and risk.   It is a concept in Islam that is used to measure legitimacy and involves hazardous or risky investment or sales. It pertains to short selling, selling commodities of uncertain quality, gambling, and contracts not drawn up in clear and legal terms. Gharar is prohibited because of the injustice and deceit it involves. Prophet Muhammad, when speaking against selling birds in the sky, fish in the water, or the unborn calf in the mother's womb, was asked if it was permissible to sell something to someone else before he had actually purchased it. He replied, "Do not sell something that is not with you."[2]

Activities, where a person wins or loses something by chance (gambling), are prohibited because they give rise to enmity and hatred, and cause hostility between the winners and the losers. Trading in (buying or selling) good and services that are forbidden is also prohibited. This includes swine, intoxicants, prohibited foods, and items of idolatry. Trading in these items promotes and encourages their use.

Surely, God and His Messenger have prohibited the sale of wine, the flesh of dead animals, swine and idols.[3]

"O you who believe! Surely drinking alcohol, gambling …. are an abomination of Satan’s handicraft. Therefore, avoid them so that you may be successful." (Quran 5:90)

Storing goods especially foodstuffs in the hope that it will become scarce and sell for a higher price is also a practice forbidden in Islam. Prophet Muhammad calls those who plan and behave like this, sinners. He said, "A merchant who hoards goods in order to raise the price is a sinner."[4]

Islamic banking works within the guidelines of the Quran and the traditions of Prophet Muhammad. From the beginning of Islam and throughout the Middle Ages Islamic banking took care of business and trade within the Islamic world and beyond. It arguably provided some of the principles for the system of Western banking that developed around Spain and the Mediterranean. To earn money without using interest Islamic banks use equity participation schemes. This means that if a bank lends money to a business, the bank will not charge interest but will instead take a share of the profits. If the business fails or does not earn a profit, the bank also fails to benefit.

Believers living outside Muslim majority countries have until recently found it difficult to manage their finances in an Islamic way.  Now, however, there are over 300 Islamic banks in 51 different countries.[5]  In addition to this many western banks have opened branches that use Islamic principles, often in order to strengthen their exposure to the fast-growing Islamic finance market.

There are now more choices however always bear in mind the Islamic emphasis on doing the right thing. If knowing what is right and wrong in regards to finances and business practices becomes confusing, nowadays we are able to consult Islamic financial advisors, local scholars and, reputable internet sites. Understanding Islamic business ethics helps us make good, and permissible, financial decisions.

Previous: Business Ethics in Islam (part 1 of 2): Buying and Selling