Business Ethics in Islam (part 1 of 2): Buying and Selling

Description: Business ethics from an Islamic perspective and Prophet Muhammad’s advice about buying and selling.

What is Business Ethics? 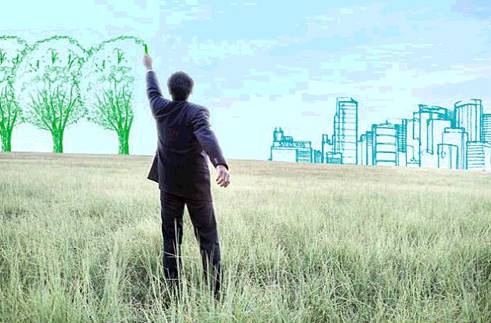 Business ethics are generally accepted to be the set of moral values and corporate standards of conduct that exist in a business organization.  What this means varies from one organization to another.  In large companies, corporate lawyers define the business ethics of a company with specific interest in staying within the bounds of the law.  Business ethics also vary from one person to another.  Those who conduct business can have decidedly different ethics and widely differing definitions of what is right and what is wrong.  Sometimes the dividing lines between what is moral and immoral become blurred.  This can lead to ethical dilemmas.

Trying, in a business scenario, to decide between one action and another is often problematic.   This is why countries have laws and regulations pertaining to businesses and why business organizations often design codes of behavior, or ethical standards, that members adhere to.  In the modern world the business arena is often rife with ethical dilemmas and without regulations situations could have widely differing outcomes.  Those conducting businesses have to deal with many situations that need ethical standards as guidelines.  These situations include, but are not limited to, sexual harassment, bullying in the workplace, gender or racial discrimination, conflicts of interest, misuse of assets, and environmental pollution.

Moral and ethical behavior is a thread running through Islam.  It is designed for all people, in all places and in all times and insists on good behavior at all times.  Thus as laws and regulations change from country to country, organizations to organization, Islamic standards remain fixed.  Fairness, justice, respect, and honesty are part of Islamic behavior and not restricted to business dealings, having said that, however, business affairs, earning a livelihood and trading are important concepts in Islam.  A Muslim must take honesty and fairness into account in all his dealings not just in business, and he does so because he knows that God is watching and will judge people according to their deeds.

Prophet Muhammad, may the mercy and blessings of God be upon him, is our greatest role model.  Apart from being a Prophet, lawgiver, statesman, military commander, and family man, he was also a very successful businessman.  It is his teachings that Muslims follow knowing that we cannot displease God by doing what Prophet Muhammad taught.  God did not leave us alone to stumble about trying to understand how to live a good life; He gave us the Quran and Prophet Muhammad to guide us to a good outcome both in the Hereafter and also in our life in this world.  If we follow the principles and guidelines of Islam, we will be honest and just in all our dealings, including business dealings.  A general principle in Islam is that all things are permissible except those that are forbidden.  This is in regard to everything on earth that pertains to humankind, their lives, and livelihood.   And when combined with Islam’s ethical and moral code it gives the Muslim a sense of responsibility and accountability in all aspects of life.

Before prophethood Prophet Muhammad was a businessman, a trader.  He worked from a young age for his uncle, Abu Talib, and his first contact with his future wife Khadijah was when she employed him, because of his honesty and integrity, to manage her caravans.  Islam recognizes trade, or business, as it is known today, as an integral part of human life.  When Prophet Muhammad was asked the best way for a person to earn their living, he replied working with their hands and honest trading.[1]  Thus the Quran and the traditions of Prophet Muhammad contain many references to trade and advice about how to conduct business.  We are able to examine that advice and find that it is applicable today as it was 1400 years ago.

Prophet Muhammad emphasized honesty and kindness in all business dealings.  He said, "The truthful and honest merchant is associated with the Prophets, the decent, and the martyrs."[2]  And, "God shows mercy to a person who is kind when he sells, when he buys, and when he recovers a debt."[3]

Buying and selling is a way for a person to make a living, support his family and support his community through his charity.  It is something that most people are involved in at some point in their lives.  And even shopping and bargaining for your purchases at the local market means that you are engaged in business.  Prophet Muhammad bargained, but he would never try to undermine the real value of the item.  And the merchant should not try to cheat the buyer into paying more than an item is worth.

Prophet Muhammad advised the traders to be righteous, honest and to give charity.  "The two parties to a transaction have the option of canceling it until they part.  If they are honest and disclose any defects, their transaction will be blessed, but if they lie and conceal defects the blessing of their transaction will be erased."[4]  He also realized that engaging in trade often put people in situations where God is far from the forefront of their minds.  He said, "Oh merchants, selling involves idle talk and oaths, so mix it with charity."[5]

Prophet Muhammad forbade a well-known marketplace trick of telling people a higher price had been offered for something in order to raise the price and encourage the sale.6  He wanted the believers to known for their honesty and generosity and urged people to give a little more when weighing and measuring.  And he counseled those who were owed money or goods to be lenient and even let the debtors off their debts if the circumstances warranted it.  Fairness, kindness, honesty, and generosity were traits he encouraged.  He said, "Whoever wants God to save him from the calamity of the Day of Resurrection should give more time to someone in financial difficulties or absolve him."[6]

[5] At-Tirmidhi, Abu Dawood and others

Next: Business Ethics in Islam (part 2 of 2): Usury and other prohibited practices