Description: A brief description of Hindu karma, a concept that is often embraced but misunderstood. The doctrine of reincarnation and the laws of karma are not compatible with Islam. 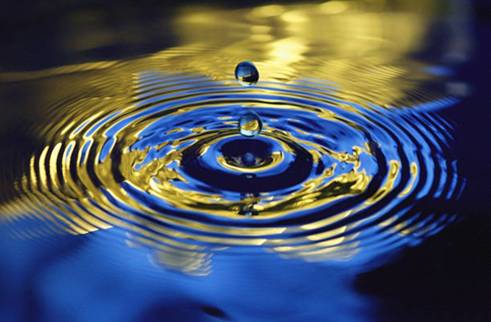 Karma is a Sanskrit word meaning actions or deeds, and a spiritual concept in several Eastern religions, primarily Hinduism and Buddhism. Generally speaking, it is the principle of retributive justice determining a person's state in this life and in his reincarnations. Kar means the physicality of action and ma means producing or creating. Thus, karma is that which is created or produced by one's physical organs. However, karma as a concept does not mean only physical actions, because mental actions also create karma.

The concept of karma in the West, which is vastly different and often misunderstood, has developed over the past two centuries. Its popularity can be traced back to the formation of the Theosophical Society. The society modified and introduced Hindu beliefs to the West, but this view of karma is only loosely connected to the Hindu, Buddhist, Sikh or Jain philosophies. In some ways, the concept of karma that was developed in the West resembles the Islamic understanding of righteousness rather than the principles of Hindu karma. This idea of karma has gained enormous popularity and is often expressed in popular phrases such as, ‘what goes around comes around’ and ‘you will reap what you sow.’ Many people express the principles of karma in their everyday lives without realizing that reincarnation is a major doctrine of the laws of karma. Some people deny reincarnation while accepting the idea that positive actions will be rewarded whilst negative ones will be punished. They often view karma as a law of spiritual dynamics related to actions in their daily lives. This definition of karma suggests that actions can influence the future's quality and has become very popular.

As mentioned before, some people embrace karma without understanding its relationship to reincarnation and the immutable nature of its laws. Reincarnation refers to recurring rebirths or the transmigration of the soul from one physical body to another.  In Hinduism, karma is regarded as a fundamental law that is automatic and mechanical. It is not imposed by God, or a god; it is universal and cannot be interfered with. It is completely impersonal, and it is believed to be wholly just and fair. This karmic law is applicable to all living beings, including plants, animals and microorganisms.

Hindu karma tells us that when a person with good deeds dies, he goes to the next world through the path of light and enjoys the heavenly pleasures. When the karma that he had accumulated over his lifetime is exhausted, he returns to the earth to continue his life in a new incarnation. When a person with evil deeds dies, he goes to the dark world along a path of darkness and suffers there until his bad karma is exhausted, after which he returns to the earth reincarnated. Thus the consequence of having lived, what is, in Hinduism, considered a good or a bad life is exhausting karma in a pleasurable way or suffering in darkness.  When the soul begins its new life, it is free to begin again, accumulating both good and bad karma and attempting to free itself from the cycle of rebirth.

When discussing karma and Islam, it is important to understand that Islam categorically rejects any concept of reincarnation. In Islam, we have one life, with one chance to get it right, and then we experience one death. There is no going back and no moving between species or genders.

"Until when death comes to one of them, he says ‘My Lord, send me back, so I may do good in that which I left behind.’ Never! It is only a word he is saying; and behind them (the disbelievers) is a barrier until the Day they are resurrected." (Quran 23:99 & 100)

Death is the end of our transitory life in this world and the beginning of our infinite life in the Hereafter. Islam, therefore, requires us to believe in Paradise and Hell.  We are born into this life, and then we die; after we are resurrected we will begin a new and everlasting life in the Hereafter. God also explains that if we were to ‘go back and try again’ it would be pointless because we would undoubtedly repeat our mistakes.

"But if they were returned to the world, they would certainly revert to that which they were forbidden." (Quran 6:28)

Our actions, deeds and beliefs determine our Hereafter, and we have free will to choose how we behave. Thus, our behavior in this world is crucial. In order to guarantee our place in Paradise, a believer must live a good and righteous life.

"Whoever acts righteously — whether male or female — and is a true believer, We will surely give them a good life (in this world with respect, contentment and lawful provision), and We shall pay them certainly a reward in proportion to the best of what they used to do (i.e., Paradise in the Hereafter)." (Quran 16:97)

While there is no concept of karma in Islam, there is indeed a connection between our deeds and actions and our future, both in this world and in the next. Every person must face the consequences of their actions. But rather than being subject to an immutable law where man is helpless, Islam offers us ways to change our destiny and choose our destination. When we obey God’s laws and instructions we are on a path to a blissful Hereafter. If on the other hand, we choose to disobey God there is always a door open to forgiveness. God will accept our repentance, and He makes it easy for us to turn to Him.  He judges all our actions and is the One who determines our ultimate outcome.

Islam says that good actions lead to good outcomes and bad actions inevitably lead to bad outcomes. However, we have the chance to wipe out our sins with repentance and good behavior.

Prophet Muhammad, may the mercy and blessings of God be upon him, tells us to fear God and that following a bad deed with a good deed will wipe out the bad deed. He continues his advice by reminding us to have a good attitude and good manners towards others.[1]

The concept of karma, due to its undeniable and unbreakable association to reincarnation, is a theory that is not acceptable in Islam. However, karma, as it is incorrectly understood nowadays, is close to the Islamic idea that righteousness is always attainable.  A person is strongly encouraged to be morally upright and respectful to everyone and everything on this earth. Islam is a set of guidelines made specifically for humankind by our Creator.

Jayaram, V, The Concept of Karma in Hinduism.  Accessed at: https://www.hinduwebsite.com/conceptofkarma.asp