Description: Contrasting two groups; one accepts the truth and the other refuses.  One will be given rewards and the other will have their deeds made worthless. 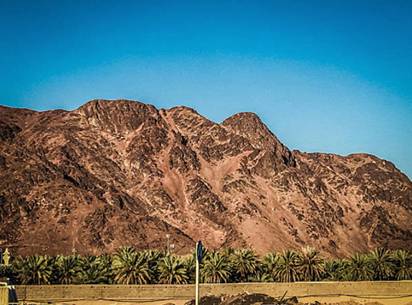 This thirty-eight verse chapter was revealed in Medina.  It is generally understood that Median chapters focus on the establishment of a functioning Muslim society.  This one is no different and tackles several subjects including war, what happens to those who try to prevent others from converting to Islam and the futility of opposing God and His Prophet.   At the time of revelation, the disbelievers had succeeded in driving Prophet Muhammad, may the mercy and blessings of God be upon him, and his followers out of Mecca, however, by doing so they sealed their own fate.  The title comes from the mention of Prophet Muhammad’s name in verse two.

Verses 1 – 11 Those without a protector

Those who disbelieve and try to prevent others from believing, God will make their good deeds worthless.  However, those who do good and believe in what was revealed to Muhammad, the truth from God, God will remove from them their misdeeds and improve their condition.   Those who disbelieve follow falsehood whilst those who believe follow the truth.  In this way God shows others what they really are.

When you meet disbelievers in the battlefield, strike their necks and securely bind those who are left.  After the battle you may release them, either by grace or by ransom.  God could have taken vengeance Himself, but He ordered an armed struggle to test some of you against others.  Those killed in God’s cause will never lose their good deeds.  He will guide them, improve their condition and admit them into the Paradise He has already made known to them.

Those who believe and do good deeds will be admitted to Gardens under which rivers flow.  The disbelievers may take their pleasures from this world, but the Fire will be their eternal home.  God destroyed many cities that were stronger in might than Mecca; they had no helper.  Can the one who follows clear guidance be compared to the person who commits foul deeds and follows his own desires!?

In the descriptions of Paradise, the righteous are promised rivers of pure water, milk, wine, and clear honey.  They will also have fruit of every kind and forgiveness from their Lord.  These people are nothing like those who are in the Fire drinking down scalding water that burns their intestines.

There are some (the hypocrites) who listen to Muhammad and then afterwards ask the knowledgeable ones, "What did he just say?" They had corrupt intentions and hence did not understand anything, nor did they care about it.  Whereas, those who seek guidance, God facilitates it for them.  He increases them in guidance and God-consciousness.   Are they waiting for the Day of Judgment to take them by surprise!? Waiting until the last moment will be far too late.  There is no deity but God, so (Muhammad) ask Him for forgiveness and to forgive the believers, men and women.  God knows your activities and when you rest.

Verses 20 – 28 And their deeds are worthless

Those who believe ask why God has not sent a revelation allowing them to fight.  However, when such an order is given, you can see those in whose hearts is hypocrisy that their faces are sick with fear and afraid of death.  It would have been better for them to be obedient when the decision to fight had been made.  You might go on to spread corruption and break your ties of kinship.  Those who are cursed by God are made blind and deaf.  Are there locks on their hearts, is that why they do not ponder the words of the Quran?

Those who turned back to disbelief after guidance were enticed and then duped by Satan.  They say they will believe in some matters, but God knows all about their schemes.  When the angels take them in death they will strike their faces and their backs because they followed things that incurred God’s wrath and they disliked pleasing God.  He made their deeds worthless.

Do those whose hearts are diseased think God will not reveal their malice? If God so desired He could mark them so you could tell clearly who they are, but you should be able to discern them from their speech.  God knows everything you do, and you will be put to the test until He makes evident those amongst you who strive for God’s cause and the patient ones.  Indeed, those who disbelieved and turned people away from the path of God, and who disputed with Prophet Muhammad, even after the guidance had been made clear to them cannot harm God in any way.  And their deeds will become worthless.

Oh believers! Obey God and Prophet Muhammad and do not let your deeds be invalidated.  God will not forgive those who disbelieve (and die as disbelievers) and obstruct others on their journey to the truth.  Do not weaken while you have the upper hand.  God is with you and will never deprive you of your good deeds.  The life of this world is trivial as compared to the Hereafter.  Believe and fear God and He will give you your rewards, never asking you to give up all your possessions.  If He were to demand all your possessions, you would want to withhold them, exposing your unwillingness.  Now He asks but a little of you but still some of you are unwilling.  Those who begrudge what God asks only harm themselves because God is free of all needs; you are the ones who are needy.  If you refuse and turn away God will replace you with people who do not act like you.