Description: The Book about which there is no doubt, the creation of Adam, events on the Day of Judgment, and a warning to believe before it is too late. 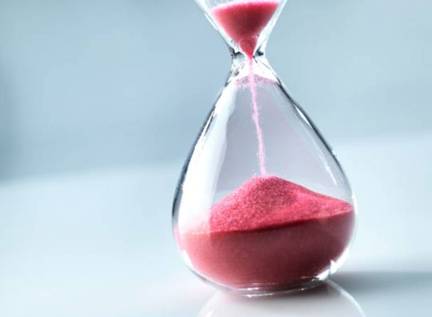 Chapter thirty-two is named The Prostration.  The title comes from verse fifteen, in which the true believers bow down in worship.  This verse is one of fifteen places in the Quran where the worshippers should bow down, or prostrate during recitation.  The beginning of the chapter emphasizes the truth of the Quran and by the end Prophet Muhammad, may the mercy and blessings of God be upon him, is told to pay no attention to those who cannot see the significance of God’s signs.  It is a Meccan chapter whose main theme is the Oneness of God.

This chapter begins with the Arabic letters, alif, lam, meem.  It is one of six chapters that begin with this particular combination of letters and one of twenty-nine chapters that begin with various combinations of letters.  God did not reveal any specific meaning regarding them.   There is no doubt that this Book, the Quran, is from God, the Lord of all the worlds.  People try to say that Muhammad has made it up, or forged it but that is not true.  It is a Book of truth from God to Prophet Muhammad in order that he may warn his people.  No warner has come to them before and from this Book they will receive guidance.

Verses 4 – 11 The creation of Adam and humankind

It was God who created the heavens and the earth and everything between them in six days (periods of time), He then set Himself above the throne.  (Mentioning the throne establishes the fact that God not only created the worlds but rules over them in a very real way.) There is no protection or intercession except what comes from God Himself, so why will you not listen and take heed.   God arranges every matter in the heavens and on earth and then they will ascend to Him in one day, but in the reckoning of the human being this is a period of one thousand years.  (This could be understood to mean that events in a thousand years of our history are accomplished by God in one day.)

God knows everything that is hidden and everything that is openly revealed.  He is Almighty and He is Merciful, the One who perfected everything.  He created the beginning of humankind with the creation of Adam from clay.  He then made his descendants from an extract of fluid (semen).  He then fashioned him in perfect proportions and breathed life into him, giving him hearing, and sight, and a mind.  Even so humankind is seldom grateful.  And they say, when we are dead and buried will we really be recreated? They disbelieve in the meeting with their Lord.   Say, the angel of death, who has been assigned to you will carry you back to your Lord.

If only you could see how the criminals hang their heads in shame asking their Lord to return them to the world.  We are now convinced and will try to do better, they say.  If it had been God’s will He could have given guidance to every soul.  But God’s word will be fulfilled and Hell will be filled with jinn and humankind.  You ignored the meeting planned for Judgment Day and now you will be ignored by God.  You will taste the punishment for all of eternity.

The people who believe in God’s revelations prostrate themselves whenever they are reminded of them.  They bow down in worship and praise God.  They are not arrogant, and they forsake their beds in order to pray to their Lord with fear and hope.  They are charitable with what God has given them.  Nobody knows what joy they will receive as a reward for what they have done.  Is a believer like a transgressor? Of course not! Those who believe and do good deeds will be rewarded with gardens of Paradise.  However, those who defy God will have their eternal home in the Fire.  Every time they try to leave they will be returned and told to taste the punishment.  They will surely taste the calamities and disasters of this world in the hope that they will return to the Right Path.  The one who rejects the messages from God recited to him will surely face retribution.

(Prophet Muhammad) Do not have any doubt in the Book you are receiving (Quran).  It meets the same criteria as the Book we gave to Prophet Moses as a guide for the Children of Israel.  When they were patient and believed in Our signs We raised leaders from among them who guided according to their Book.  And on the Day of Judgment God will decide the matters over which they differed.

They do not understand how many previous generations were destroyed by God.  They walk and dwell in the same places but still do not see the signs, nor do they hear.  They do not think about how God sends down rain onto the barren land.  Without it they would have no crops or vegetation, for their livestock or for themselves.  They do not listen and they do not see.  They ask when the Day of Judgment will take place.  Tell them that on that Day believing will be of no benefit to the disbelievers.  It will be too late and they will not be granted reprieve.  Do not pay any attention to them, turn away and wait.  They are also waiting.