Reason versus Religion: How does Islam fare?

Description: In Islam, reason and faith complement one another. 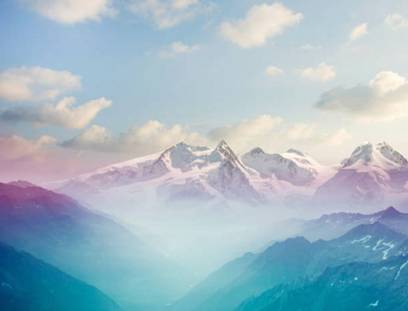 Religion, or faith, is often considered to be directly opposed to reason.  Many people see reason and religion as completely different concepts.  Faith is usually defined as confidence or trust in a person or thing, not necessarily based on proof, while reason is described as sound judgement, good sense, and the ability to think a problem through logically.  However, we need to look beyond these basic definitions because only then will we discover that Islam considers the faculty of reason to be a fundamental and necessary part of faith.

The first verses of the Quran revealed to Prophet Muhammad, may the mercy and blessings of God be upon him, urged him to read, thus establishing a link to literacy, and throughout the Quran the reader is constantly advised to think.

"It is a Book We have sent down to you, full of blessings, so let people of intelligence ponder its verses and take heed." (Quran 38:29)

"…such are the parables that we put forward to humankind so that they may reflect." (Quran 59:21)

Being able to use our reason, and come to logical conclusions is a God-given blessing, and in addition to this, thinking, reasoning and contemplation are essential parts of faith.   Thus, a person is reminded to use rational thought processes to come to logical conclusions.  Without knowledge and understanding a person may not recognize God or worship Him in irrational or forbidden ways.

Irrationality could be described as one of the characteristics of unbelief, idolatry, or hypocrisy.  Lack of reason hinders a person’s ability to recognize the truth, and the value of religion.

"They will say: If only we had been listening or reasoning, we would not be among the dwellers of the blazing Fire." (Quran 67:10)

"…Their violence among themselves is severe.  You imagine they are united, but their hearts are divided.  That is because they are people who do not understand." (Quran 59:14)

The fundamentals of Islam are in complete harmony with sound reason.  Islam is not a blind faith.  A non-Muslim is not expected to believe without proof, rather they can look at the proofs Islam offers, use critical thinking and take an informed decision.  Rational thought and logic are essential for understanding God and His relationship to us and the world.   Even for a Muslim, indulging in illogical or irrational thinking could quite possibly lead to sin and destruction.

The power of rational thought, reasoning teaches us that humankind has inherent limitations.  Thus, there are many things that we cannot intellectually grasp.  There are things that God refers to as the unseen, things that we must take as truths simply because God has informed us about them.  However, it is also reasoning that allows us to know with certainty that God created the world and has subjected it and all who dwell in it to universal laws, His Laws.

"Verily, in the creation of the heavens and earth, and the alternation of the night and the day, and the ships which sail through the sea with benefits for people, and what God has sent down from the heavens of rain, giving life thereby to the earth after its lifelessness and dispersing therein every creature, and in His directing of the winds and the clouds controlled between the heaven and the earth are signs for a people who use reason." (Quran 2:164)

And it is through reasoning we conclude that if we are convinced that Islam is the true religion of God based on its fundamental teachings and the proofs it offers, then that implies accepting all that it teaches even if we are not able to understand certain things or the wisdom behind them due to our limitations.

For a Muslim it is through reasoning that we understand the laws of God coupled with sincere effort and intention.  Laws that we know have been established in order to make our path to a blissful afterlife clear.  Islamic scholar, Sheikh Ibn Taymiyah (1263 – 1328 CE) explained the link between reasoning and faith.

Reason is a requirement for acquiring knowledge and performing righteous deeds, through which knowledge and deeds are perfected, but it is not enough on its own.  Rather, it is a faculty of the soul and ability like the ability within the eye to see.  If it is connected with the light of faith and the Quran, then it is like the eye receiving the light of the sun and torch.  If it is left to itself, it cannot gain insight into matters that it cannot know alone… Thus, the circumstances resulting from the denial of reason are defective, and ideas that contradict reason are false.[1]

It was the power of reasoning and logic combined with unwavering faith that allowed the Muslim world to prosper in what is now termed its Golden Age.  In the 8th to 14th centuries CE science, economic development, and culture flourished.  Scientific developments were applauded and investigated with the understanding that they were blessings from God.  Compare this with the way scientific advancement was considered by Christianity in the same period.  The rule of faith dominated reason, and unlike Islam, reason and faith were not thought to complement each other.

Even now in the 21st century there are aspects of faith and reason, in religions other than Islam that do not bear up well under close scrutiny.  Take for instance the Trinity, one of the core beliefs in Christianity.  The idea that God is a man or that a man is God, is so illogical that it has been the touchstone of many Christians turning to Islam.

When our reasoning is based on logical conclusions, God’s commandments, and our own moral compass, we feel comfortable and confident in our faith.  Islam allows us to live and thrive in an ever-changing world because God tells us to think.   He tells us to use our own powers of deduction, improve our faith and improve our world through reason and religion.