Faith or Works, or Both 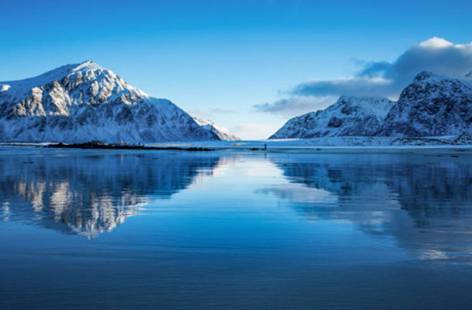 When a person follows a religion, any religion, it is probably safe to say that they believe in an afterlife.  They believe that there is something beyond this vale of tears we call earth.  A reward or a punishment awaits.  Nobody wants to be punished; everybody wants to be saved from whatever punishments they believe exist.  Thus religion introduces us to the concept of salvation, the deliverance or the preservation from harm.   How then does a person attain salvation? Is it achieved by faith, or good works, or by a combination of both?

Most branches of Buddhism tend to claim that salvation can be achieved by the use of human inner resources such as meditation, wisdom, asceticism, and good deeds.  For the most part they stress self-help.  There is no concept of heaven and hell rather salvation is achieved through knowledge and its ability to help one escape from the cycle of death and rebirth.  Faith here refers to a sincere commitment to the practice of the doctrines of the religion in order to achieve a state of enlightenment.

In Hinduism too, salvation is achieved by escaping from the cycle of death and rebirth.  It is a system of works; what a person must do in order to reach Moksha.  Varying beliefs and practices can be found amongst Hindus, but faith is not really important, it is the work you do that matters.  Do good things and achieve a good life, do bad things and experience the results.  Eastern religions, as a whole, tend to focus on works rather than faith.

Judaism teaches that the only way to achieve heavenly reward is through good works and tells us that anyone who lives a moral life, regardless of his faith, or lack of it, has "a portion in the world to come."  In Christianity however faith is a requirement if one hopes to achieve salvation.  Faith for Christians is the strong and unwavering belief that Jesus was sacrificed in order to atone, or pay the price, for sin.  Because of Jesus’ sacrifice Christians are forgiven, achieve salvation, and are saved from the consequences of sin.  It cannot be achieved through works or good deeds, or through extra praying and reading the Bible.[1] Paul said in his letter to the Ephesians, "For by grace you have been saved through faith.  And this is not your own doing; it is the gift of God, not a result of works, so that no one may boast" (Ephesians 2:8-9).

Islam teaches us that salvation is achieved by a combination of correct belief and works.  Unlike Christians Muslims have no need to atone for sins committed by Adam and Eve, rather Muslims are born with a clean slate and those who convert to Islam also begin with a clean slate.  The Islamic concept of Paradise and Hell offers us a choice.  Submit to God and obey His commands, and achieve a joyful afterlife.  Choose not to, and languish in Hell.  Submitting to God means that Muslims follow a middle path in all things; we do not go to extremes, and our salvation depends on having the correct belief and doing good works.  Our faith is founded on strong belief with constant practice and discernible actions.  Inside thinking combined with outside actions.

"…Those who believe and do good works, theirs will be forgiveness and a great reward."  (Quran 35:7)

Islam teaches us that good works are nothing on their own; rather they are a part of faith.  One is not complete without the other.  Thus there is no debate about which is better or which is correct.  Islam says that strong faith consists of three parts, belief in the heart and the intellect, affirmation by our words, and our good and righteous deeds.  On this subject there is no disagreement among Muslim scholars and they tell us that faith increases with acts of obedience and decreases with acts of disobedience or sin.

In the Quran righteous deeds are often mentioned immediately after belief.

"And those who believed and did good works, they are the inhabitants of Paradise, abiding therein eternally." (Quran 2:82)

"Those who believed and did good works, We shall blot out their transgressions and shall reward them according to the best of that which they used to do." (Quran 29:7)

However, it is important to understand that there is no reward for good deeds that are not accompanied by correct belief.   For example, if actions are done for someone or something other than God they are rejected.  If good works are done solely to receive some earthly reward they too will be rejected.  A believer’s actions must be inherently good and not just give the appearance of being good.  For instance giving charity to show off may appear to be good but the intention is to show off.  In a very famous saying Prophet Muhammad, may the mercy and blessings of God be upon him, told us that "Actions are by intentions and everyone will be rewarded according to their intention."[2]

In conclusion, the scholars of Islam have said that the soundness of a person’s faith depends on what is in the heart, the testimony of faith, and refraining from uttering words of disbelief.  It also depends upon a person’s deeds, such as putting the pillars of Islam[3]  into action.  However, having established the basics of how belief and good deeds are interconnected it is important to note that nobody will enter Paradise on the basis of faith alone.  Paradise is attainable by the grace of God.  Prophet Muhammad told his companions that "…none among you will attain salvation by virtue of his own deeds." The people asked, "O God’s Messenger, not even you?" To which, the Prophet replied, "Not even me, unless God encompasses me with His mercy and grace."

Right belief combined with the right actions will assure a person of God’s grace.

"And He (God) answers those who believe and do good works, and gives them more out of His grace." (Quran 42:26)

[1] How does the Bible Define Faith? By Mary Fairchild.

[3] The pillars of Islam: The testimony of faith, daily prayers, fasting in Ramadan, obligatory charity, and pilgrimage.