Description: Being absorbed by the delights of this world will cause a person to forget their obligations to God and become one of the losers in the next world.

"O believers! Do not let your wealth and your children distract you from remembering God.  For whoever does so, it is they who are the [true] losers.  And donate from what We have provided for you before death comes to one of you and he says, ‘My Lord, if You would only reprieve me for a little while, I would give in charity and become one of the righteous.’ But God does not reprieve a soul when its turn comes. And God is fully aware of what you do." (Quran 63:9-11) 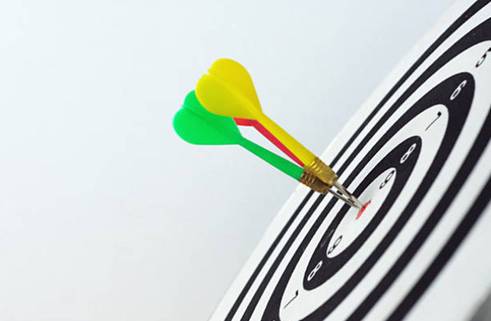 These three essential verses are the final three verses of Chapter 63, The Hypocrites.  This eleven-verse chapter was revealed in Medina and warns the believers, who were in the process of setting up a fully functioning Islamic state, about the treachery of the hypocrites amongst them.  God describes a specific occasion when the hypocrites tried to prevent money being donated to the believers and then in these verses He calls on the believers to use more of their own wealth to help the needy amongst them.

Verse nine stresses the importance of not being overly concerned with worldly matters because such people will be among the losers.  Engaging in the delights of this life without remembering the obligations owed to God will only lead to loss and disappointment.  Wealth and children are the two things that can preoccupy people.  They are bounties from God but can also be trials and tests.  Letting your wealth and children you distract from remembering God is a big mistake that can lead to grave consequences.  Losing on the Day of Resurrection is a monumental loss and it can happen regardless of how wealthy a person is or how many offspring he lays claim to.

Prophet Muhammad, may the mercy and blessings of God be upon him, told his companions that he feared that they would be wealthy rather than fearing that they would be poor.  He said, "I don’t fear poverty for you, but rather I fear that you will compete with one another (to see who has more possessions)."[1]  He also said, "Two hungry wolves, if let loose amongst a flock of sheep, cause less harm than a man’s eagerness to increase his money and his prestige."[2]  God and Prophet Muhammad are warning us that there is a direct relationship between the love of wealth and possessions and the loss of devotion to God.  The loss of devotion to God leads directly to the person being a loser in the world to come.

In verse ten God tells us that there is something in this worldly life that we should be paying attention to, giving to others out of the bounty and riches He provided us with.  This immediately reminds us that He, God is the source of wealth, possessions, and offspring that we have.  God has provided it all and He instructs us to be generous with it.  Our generosity should be established before death approaches.  When the time of death arrives, those who have not used their wealth wisely and generously, will beg God to let them stay in this world a little longer in order to have more time to give in charity.

Our greatest role model, Prophet Muhammad said, "Whoever gives charity equal to a date from good earnings, for God does not accept anything but that which is good, God will take it in His right hand and tend it for the one who gave it as any one of you tends his foal, until it becomes like a mountain."[3]

Renowned Islamic scholar Ibn al-Qayyim said, about Prophet Muhammad, that he "…was the most generous of people in giving in charity, and did not think anything too valuable or anything too insignificant to give in charity." If anyone asked him for something he would gladly give it to them, regardless of  whether it was little or great.   He found happiness in giving, probably more than the one who was receiving the charity.  He hoped for the reward from God and found enjoyment in helping others.[4]

Verse eleven, the final verse of the chapter, makes the fact that death cannot be delayed very clear.  God says unequivocally that He does not reprieve a person.  The date, time, and place of each person’s death are fixed and immovable.   And God is fully aware of everything that we do.

In these verses we are strongly advised to be among the righteous now while we have time because asking God for a reprieve at the moment of death will not help us in anyway.  Righteousness, in the eyes of God, should be determined by our time in this world.  On the Day of Resurrection the person who was completely wrapped up in the delights of this world will look around to see that he has lost everything.  A few minutes of pleasure can result in an eternity of loss.

These three verses that conclude chapter 63, The Hypocrites, are addressed to the believers.  God wants them to rid themselves from any characteristics that are like those of the hypocrites.  The believers should prefer to remember God and obey His commandments rather than allowing wealth and offspring to divert them from their real purpose.  To worship God and be among the righteous on the Day of Resurrection should be their primary purpose and ultimate goal.