Description: Two essential verses that explain that Prophet Muhammad was a messenger and a human being. His life span was fixed just as the life span of every human being is fixed before birth.

"Muhammad is not but a messenger. [Other] messengers have passed on before him. So if he was to die or be killed, would you turn back on your heels [to unbelief]? And he who turns back on his heels will never harm God at all; but God will reward the grateful. And it is not [possible] for one to die except by permission of God at a decree determined. And whoever desires the reward of this world - We will give him thereof; and whoever desires the reward of the Hereafter - We will give him thereof. And we will reward the grateful." (Quran 3:144-145) 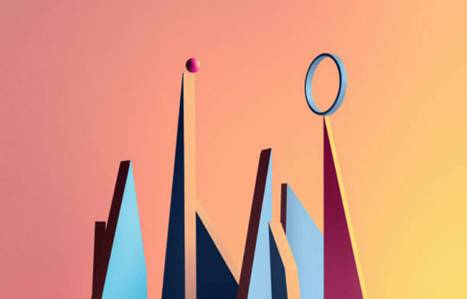 The third chapter of Quran, The Family of Imran (Aali-Imran), was revealed in Medina. All chapters revealed in Medina are primarily concerned with the building and sustaining of a sound and functioning Muslim community.  The Family of Imran contains 200 verses that can be divided into four discourses. All the discourses are interconnected, and the entire chapter is addressed to The People of the Book and the new Muslim nation. Verses 144 and 145 are found in the final discourse, towards the end of the chapter. It is believed that this section was revealed after the ill-fated Battle of Uhud. The verses we are concerned with are contained in a section of the chapter that reviews the Battle of Uhud in order to teach the Muslims a lesson. They are encouraged to overcome worldly weaknesses and nourish the virtues that enable them to carry out their obligations.

During the Battle of Uhud a rumor swept through the ranks that Prophet Muhammad, may the mercy and blessings of God be upon him, was killed. This had a devastating effect on the majority of the Muslims. A series of events lead to a defeat and to God allowing the Muslims to experience the consequences of their weaknesses. Prophet Muhammad had stationed a detachment of soldiers on a hilltop with orders to not to abandon their positions under any circumstances. From the hilltop the archers wrongly presumed that the Muslims were victorious and decided to join their brothers on the battlefield. This gave the enemy an opening.[1]

During the chaotic skirmish that ensued Prophet Muhammad was injured leading someone to shout out that he had been killed. Many of the Muslims ran away back to Medina, others ran up onto the hill where they collapsed in despair. Meanwhile a small band of followers had surrounded the very much alive Prophet and protected him with consummate skill and daring. At the same time some Muslims were impudent enough to question whether Prophet Muhammad was a prophet at all, expressing the idea that a prophet would not have been killed.[2]

This sequence of events is used by God in the Quran to explain some fundamental principles about life and death. God says that Muhammad is only a messenger and that all the messengers before him have died or been killed. God rebukes those who lost faith saying that Muhammad is a human being with a fixed lifespan just like every other human being. God goes on to say that if their attachment to Islam is really an attachment to Prophet Muhammad then they are standing on very shaky ground. If any of the Muslims intended to return to disbelief at the death of the Prophet, then Islam really has no need for them. All the messengers preached the same message; it goes back to the beginning of time. The message is greater than those who teach it and it will last until the end of time while the messengers, all of them human beings, will have a normal lifespan.

This was not the only time that the new Muslim nation had to be reminded of the mortality of Prophet Muhammad and continuance of the message. According to the sayings and traditions of those closest to Prophet Muhammad the morning after the Prophet died, Abu Bakr came into the mosque and found the people all distracted and despairing. Umar ibn Al-Khattab was telling them that it was a sin to say that the Prophet was dead. Abu Bakr took control of the situation saying "Lo! As for him who worshipped Muhammad, Muhammad is dead, but for those worship God, God is alive and does not die. He then quoted this verse that confirm his words and remind them of lessons previously learned.[3]

The second verse we are discussing here, verses 145, teaches Muslims that fleeing from death will be of no avail. Nobody dies except at the time appointed by God. Thus, a person should not waste time fleeing from death rather they should make use of their time by preparing for their afterlife. A person’s effort should be directed to their well-being in the next world because God states clearly that whoever desires a reward in this life will get it but those who desire a reward in the Hereafter will achieve indescribable bliss. A Muslim should focus on worldly results only in so much as they will accrue rewards in the next life.

Both verses conclude with God reminding the Muslims that He will reward the grateful.  Those who appreciate His bounty and demonstrate their gratitude by following and glorifying Him will be rewarded in this life and even more so in the next. However, Muslims must remember that they do not always get exactly what they want no matter how hard they try or how grateful they are. A grateful person is grateful for anything decreed for him by God.  Sometimes righteousness leads to suffering in this world. Those who are grateful appreciate God’s favor towards them; He has made the true religion available to them and given them knowledge of a place more vast and everlasting then this small planet.