Description: Those who break covenants and God’s way of dealing with them.

Verses 53 – 62 Covenants with the Children of Israel 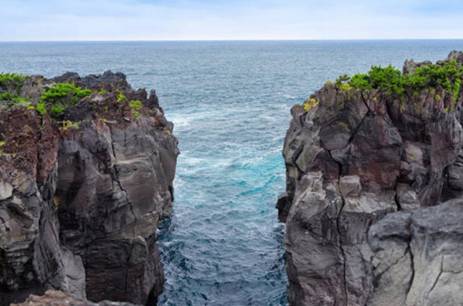 And remember when God gave Moses the scripture and the law so that you would be guided.  And remember when Moses told his people how wrong they were when they worshipped the calf.  Moses advised his people to kill the guilty amongst them and God accepted their repentance.  And recall also when you told Moses that you would not accept him unless you saw God.  A thunderbolt struck you down dead but God revived you and gave you shade and provided you with manna (provisions) from heaven.  In spite of this your forefathers violated God’s commandments.  By doing so they did not harm God but they did harm themselves.

And remember also when God told you to enter Jerusalem and eat from wherever you found abundance.  He reminded you to enter the gate humbly asking for relief from the burden of your sins.  Your sins would have been forgiven, and your rewards increased, but the wrongdoers changed the words you were given and God punished you with a scourge from heaven.

Remember when Moses prayed for water and was told to strike a rock with his staff.  Twelve springs sprang forth and one was assigned to each tribe.  God told you to eat and drink and not to create mischief or spread corruption.  You complained to Moses about the food when you were already eating the best food.  Go back you were told and you will find what you have asked for, and you found nothing but humiliation, degradation and the wrath of God.  This was because you continually rejected the commandments of God and unjustly killed His prophets.  This is all because you were disobedient lawbreakers.

Rest assure that the believers and all those who followed their prophets during their times will be successful.

Verses 63 – 74 Broken covenants including the sacrifice of the cow

Remember the covenant, where we made the mountain tower above you;  We asked you to hold fast to what We have given you and to remember its teachings.  But even when you turned away God’s Mercy and Favor was still on you or you would have become the losers.  And you knew that those who turned away from the Sabbath were turned into despised apes.  It was a deterrent and a lesson for those that were there and those who followed them.

And recall what happened when Moses told his people that God commanded they slaughter a cow.  They accused Moses of ridiculing them, and began to ask details instead of simply following the instruction.  Moses told them God said the cow should be deep yellow and pleasing to the eye, but still they persisted in getting more detail.  So Moses told them that God said the cow should not have been used to till the soil or water the fields and she should be free from blemishes.  They were finally satisfied and slaughtered the cow.

Then a killing that was concealed, along with accusations and denials, was brought to light by God.  Therefore, as a sign that God has power over life and death, He ordered them to strike the dead body with a piece of the cow.  The body came back to life, but in spite of this sign, their hearts became harder than rocks.  There are some rocks from which rivers burst forth, others that split open with water, and there are some that fall down from fear of God.  And God knows exactly what you do.

Believers! Do you still hope that some of the People of the Book will believe in what you say even though they have already heard the words of God and perverted them? When they are with the believers they say that they are believers too.  But when they are alone they say do not tell them what we know in case they use it against us before God.  Do they really believe that God does not know what they conceal and what they reveal?

Some of them are illiterate and they do not know their own revelation.  They follow their own desires and wishful thinking.  Woe to those who write the "scripture" with their own hands, and then claim that it is from God in order to make some small gain.  Woe to them, for what they have written and for what they have earned.   They believe the Fire will not touch them except for a few days.  Did God make this promise? God does not break his covenants, so are you saying things that you have no evidence for?

Whoever earns evil and is surrounded by his sin will abide in the Fire, forever.  On the other hand, those who believe and do good deeds will be in Paradise, forever.  God took a covenant from the Children of Israel to worship none but He (God), and to be good to parents and family, and to orphans and the destitute; to speak mildly and kindly, and to establish the prayer, and pay the obligatory charity.  All but a few turned away and broke the covenant.

And there was yet another covenant, to not shed blood amongst one another or to drive one another from their homes.  They acknowledged it at the time but now they do these things and help one another in sin and aggression.  They also trade those they expelled unlawfully for ransom.  Do they believe in some parts of the revelation but not all parts? What punishment do they deserve, disgrace in this world and severe punishment on the Day of Judgement? They trade this life for the Hereafter, so their punishment will not be lightened.

We gave Moses the Torah and then sent Jesus with clear signs and supported him with Gabriel, the Holy Spirit.  God asks the Jews, why did you call some of the prophets imposters and kill others? They answered that their hearts are sealed.  God has cursed them for their disbelief.  A Book (Quran) has come confirming the revelations before it but they reject it.  They sell their souls for a small price.  A humiliating torment awaits them.

When they are told to believe in God’s revelations they say we believe in what was revealed to us but not in what came after it, even though it confirms their own scriptures.  If you truly believed your own scriptures, why did you kill your own prophets? Moses came to you but as soon as he was out of sight you worshipped the calf.  Remember the covenant when the mountain was lifted over their heads? Listen to what We say, God said, but they answered we hear and disobey.  That is how much they loved the calf.  If you are real believers, why does faith cause you to do such evil?