Description: A guide for the righteous, the consequences of hypocrisy, and rewards for the believers. This is followed by the story of Adam, and reminders for the children of Israel. 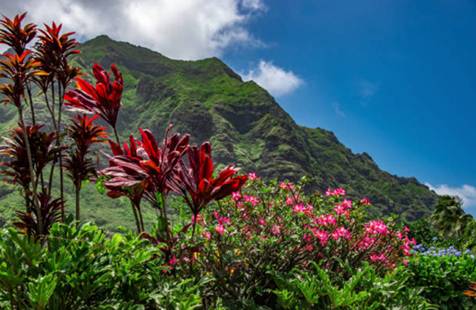 Chapter two, containing 286 verses, is the longest in the Quran. It was revealed in Medina and the title, The Cow, comes from the story of the cow discussed in verses 67 to 73.  Prophet Muhammad, may the mercy and blessings of God be upon him, said that everything has its peak and the peak of Quran is The Cow. It flows easily from one subject to another and its primary audience includes the believers, the Jews of Medina and the hypocrites.  The Median chapters focus on building a strong Muslim society and this chapter deals with many social, cultural, economic, political and legal issues.

Chapter 2 is the first of 29 chapters that begin with a combination of Arabic letters. These combinations are formed from fourteen letters and chapter two begins with alif, lam and meem. God did not reveal a specific meaning attached to any of these combinations although over the course of Islamic scholarship theories have been suggested.

This is the book, a guide for those who are God conscious. In the opening chapter God taught us how to ask for guidance and in the second chapter He presents us with a book of guidance. There is no doubt about its origin. From the beginning God stresses the fact that it is only those with God consciousness (taqwa) that will ask for and accept guidance. It is guidance for those who have taqwa, believe in the unseen, establish the prayer, give charity from what God has provided, believe in this revelation and the previous revelations, and believe in the Hereafter. These people will prosper. Those who disbelieve will not listen to Prophet Muhammad’s warning. God has covered their ears, eyes and hearts as a direct result of their arrogance and persistent sinfulness. There is a great punishment awaiting them.

There are some who say they believe but they do not. They are trying to deceive God but without knowing it they are only deceiving themselves. Their hearts are diseased, and agonizing treatment awaits them because of their persistent lying. When they are told not to cause corruption they justify their actions by saying that they are only putting things right or trying to make peace. Beware of those who make mischief but do not realize what they are doing. When they are told to believe as the others do, they reply sarcastically referring to the believers as fools. When they are with the believers they pretend to believe but alone with each other they mock. God mocks those who are not rightly guided and allows them to wander blindly. They have purchased error instead of guidance. They will never return to the right way. God presents us with parables in order that we might understand His ways. If we are surrounded by light and guided He can easily remove His guidance.  And if we are afraid and sheltering from a storm, God is able to leave us in darkness because He has power over all things.

Humankind, worship God, the one who created you, and those before you, to be conscious of Him. He spread out the earth, built the sky, and sent down rain to provide you with sustenance. Do not set up rivals to God; you know there is nothing comparable to Him. If you have doubts about the revelation then produce your own chapter like it. If you need help then call upon those you have set up as rivals to God. This is not possible, you will never be able to do it, so fear the Hellfire whose fuel is humankind and stones. It is prepared for the unbelievers.

Prophet Muhammad brings good news to those who believe. They will have gardens under which rivers flow. They will be provided with fruit resembling but not the same as those they recognize from earth. They will stay there in the gardens forever with spouses.

God presents us with examples and similitudes; the believers know they are the truth. The disbelievers ask what the examples mean. God causes the rebels to go even further astray. The ones who break their covenants or spread corruption are the losers. Why would you deny God? He gave you life and will cause you to die before bringing you to life again. You will return to Him.

When God told the angels He was putting humankind on earth, they asked why He would put those who cause bloodshed and damage there. They pointed out that they (the angels) only celebrate His praises and glorify His name. God answered that He knew things that they did not know.

Adam was taught the names of all things but when God showed the angels they could not tell Him the names of anything. God directed Adam to tell the angels all the names and when he had done so God reminded them that He had said that He knew things that they did not. God then asked the angels to bow down before Adam. They all bowed respectfully except for the disobedient Iblis (Satan) who was arrogant.

Adam was told to live in Paradise with his wife. They were allowed to eat freely and abundantly but ordered not to approach, or eat, from a certain tree. Satan tempted them to disobey and they were expelled from Paradise. God said He would send them all down to earth where they would live for a certain amount of time and some would be enemies to the other. He then spoke with Adam and taught him how to repent. God accepted his repentance and told Adam that although they were expelled, guidance would come, and those that accepted the guidance would have no reason to fear or grieve. But those who continued to disbelieve even after the messengers had come would abide eternally in the Fire.

The Jews are reminded of their blessings and the pledge they made to God. Believe in this revelation that confirms your own scripture. Do not deny this Quran and do not sell the previous revelations for a petty price. Fear only Me and do not mix truth with falsehood or conceal the truth. Establish the prayer, pay the prescribed alms and bow down with others that bow down. Would you expect others to be righteous yet forget to be righteous yourselves? Think! Those who do not fear God find it difficult to be patient and humble.

Remember God’s favor upon you and how He preferred you over all the people in the world. Guard against a Day when no intercession will be accepted. Remember when God saved you from Pharaoh’s people, parting the sea for you and drowning Pharaoh’s people before your very eyes. And remember the appointment God had with Moses for forty nights. While he was away you started worshipping a calf. You were wrongdoers but still God forgave you. Can you not be grateful?

This is evidence that the last two verses of Surah Baqarah are a means of overnight protection for everyone who recites them before going to sleep.

O Allah, guide me to a straight path

May Allah reward you

Masha Allah Allahumma Barik...This is one of the best explanations of the Quran, I've read many other translations and explanations but this one's much precise . May Allah give us the clear understanding of His religion and keep us steadfast upon His path until our last breath.

I understood what I read. It's a good summary. Thanks much!