Description: God advises Prophet Muhammad, warns the Meccans of the temporary nature of this world, and demonstrates His power.

Verses 44 – 50 Prophet Muhammad does not narrate from himself 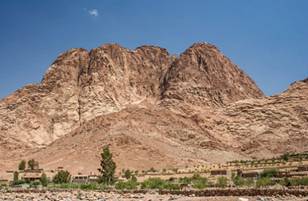 God tells Prophet Muhammad, may the mercy and blessings of God be upon him, that he was not present there on the mountain when He (God) gave Moses the law, nor was he among the people of Midian.  Prophet Muhammad was also not there when God spoke to Moses on the side of Mount Sinai.  You (Prophet Muhammad) had no direct means of obtaining the information of earlier nations; all this is being revealed to you.   You were sent as an act of grace and mercy to warn a people that had never been warned before, that they must take heed and never be able to say that a warner did not come to them.  Now that the truth has come to them they ask why Prophet Muhammad was not given a law like Moses’ law.  They call the Torah and the Quran sorcery and refuse to accept either of them.  Ask these disbelievers to bring forth a scripture that is more guiding.  If they do not respond you will know that they only follow their own desires.  God does not guide the wrongdoers.

The disbelievers of Mecca have repeatedly been given the words of the Quran.  Some of those who were given the scripture before the Quran had no trouble believing in it (the Quran), and said that we already believed in One God and were sincerely responding to His commands even before the Quran came.  They will be given their reward twice because they have endured.  They repel evil with good, give in charity from what has been provided for them, and turn away when they hear frivolous speech.  Oh Muhammad you do not decide who will be guided; God guides whoever He pleases and knows which people will accept guidance.  They do not wish to be guided.  They say that if they accept guidance they will be driven from the land.  But God has already given them a sanctuary (Mecca) and provided everything they could possibly need.

In your travels you (Meccans) have seen the cities that God destroyed.  And God would never destroy a city or its people without first sending a messenger.  Whatever you have in this world is temporary and that which is with God is better and more lasting.  So why not use your power of reasoning? Is the person who strives for the Hereafter and is rewarded with eternal bliss like the one who merely enjoys a few days of this life and is then punishment in the next?

Verses 62 – 70 Polytheists will be left helpless on Judgement Day

A Day will come when God will ask, where are the ones you called My partners? Those waiting for punishment will point them out, but the accused will say we did not compel them to obey; they followed their own desires and inclinations.  They will try to invoke their gods but they will not respond, and then they will see the punishment and wished they had followed guidance.  God will ask them how they responded to the messengers but all their previous arguments will seem obscure and they will not be able to talk with one another.  However, those who repented, believed, and acted righteously will be successful.  God creates and chooses, you do not choose for yourselves.
Glory to God, He is far above the partners ascribed to Him.  And God knows what their hearts conceal and what they reveal.  He is God; there is no deity except Him.  All praise in this life and in the Hereafter belongs to Him.  His is the Judgement and everyone will be brought back to Him.

Oh Prophet Muhammad, ask them what would happen if God made the night perpetual.  Who other than God could bring light? If God were to make the day perpetual who other than God could bring night? Out of His Mercy God made the night for rest and the day a time in which to seek bounty.  The Day of Judgement will come, and God will ask about the whereabouts of the partners you ascribed to Him.  A witness from every nation will be asked to produce proof of the false deities.  And then they will know that the truth belongs to God and the gods they invented have forsaken them.

Qarun was one of Moses’ people but he rebelled against them.  God gave him so many treasures that even the keys to open the containers the treasures were kept in would have been heavy for strong men to carry.  The people said to him do not gloat because God does not like those people who gloat.  Use what God has given you to attain a good abode in the Hereafter.  Be good to others as God has been good to you, and do not cause mischief; God does not love the mischief makers.  But Qarun replied all that I have is only because of my own knowledge and ability.  Did he not understand that God has destroyed many people before him, many that were mightier in strength and richer in wealth? But criminals are not always called immediately to account.

One day he came out of his house in all his worldly adornment.  Some people wished they had what he had while others said the reward from God is better but we can only attain it with patience and gratitude.  God caused the earth to swallow him and his house.   There was nobody to help him and he was unable to defend himself.  Then the same people who had envied Qarun changed their minds.  They said, we had forgotten that it is God who enlarges provision and it is God that can take it away.  If it was not for God’s graciousness He could have caused the earth to swallow us all.  Those who deny the truth will never prosper.

The home of the Hereafter is for those who seek neither glory nor spread corruption.  The best outcome is for those who are mindful of God.  Those who come to God on the Day of Judgment with good deeds will be rewarded with what is better.  Those who come with bad deeds will be recompensed only to the extent of their bad deeds.  Prophet Muhammad is reassured that he will be brought to the best destination.  God knows that Prophet Muhammad brought guidance to those who were in manifest error.  Prophet Muhammad did not expect the Quran to be revealed but it is a mercy.  Do not help the disbelievers by giving them concessions in their religion and do not let any of them try to turn you away from what has been revealed to you.  Call the people to God and never become one of those who ascribe partners to Him.  Do not call out to any other deity besides Him; none has the right to be worshipped except God. Everything will be destroyed except Him.  The Judgment belongs to God and you will be returned to Him.

My Allah be pleased with this author. An excellent explanation of this surah!

Thanks so much i like this summary of the quran in simple and good english i love it!!