Description: The story of Moses and his encounter with Pharaoh. 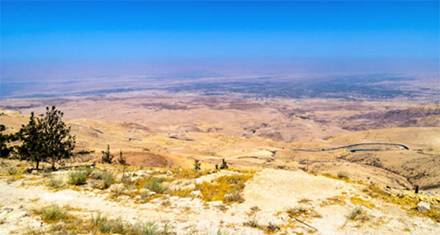 The Narration is an eighty-eight verse chapter revealed in Mecca.  It takes its name from the twenty-fifth verse in which the Arabic word for narration is used.  The Narration is also a suitable title because the chapter tells a detailed story about Prophet Moses.  Its main theme is the punishment that comes to those who are arrogant and spread corruption.  This chapter and the two preceding it go together to tell the complete story of Prophet Moses.  Polytheism is condemned, and Prophet Muhammad, may the mercy and blessings of God be upon him, is reminded that he cannot make the people believe but nevertheless he must remain steadfast in his mission.

Chapter twenty-eight begins with the combination of letters ta, seen, meem.  They are three letters from amongst various combinations of fourteen letters that open twenty-nine chapters of the Quran.  God did not reveal any specific meaning regarding them.  Immediately after these letters we are informed that these verses from the Quran make things clear and understandable.  The story of Prophet Moses and Pharaoh is true beyond doubt.  Pharaoh consolidated his leadership by dividing the people into groups and setting them against one another.  He loved to spread corruption and oppressed one group in particular.  God however wanted to favour those who were oppressed, to make them leaders and establish them in the land, and Pharaoh and Haman, and those like them would then face their greatest fears.

Moses’ mother was inspired by God.  He made her understand that she should suckle her baby but when the time comes when she is afraid for him she should put him in the river.  She must not grieve or be afraid because God will return the baby to her and he will grow up to be one of His messengers.  A member of Pharaoh’s family found baby Moses little realizing that later he would become a source of grief for the evildoers.  Pharaoh’s wife was able to convince her husband to adopt the baby and they took him into the family.

The following day Moses’ mother was bereft but God strengthened her.  She sent Moses’ sister to find out what happened.  God had ordained that Moses would refuse to feed from any of the palace wet nurses so Moses’ sister was able to tell them about her mother that could feed the baby.  In this way Moses was restored to his mother so she would feel comforted and know that God’s promise was true.

Moses reached full maturity and was wise and intelligent.  One day when walking in the city he came upon two people fighting.  One was from his own people and appealed to Moses for help.  Moses did help and killed the person with one blow.  He realised that Satan must have had a hand in this and appealed to God for forgiveness.  When forgiven, he promised never to support evildoers.  The next day he came upon the same man fighting and realised he was a troublemaker.  Moses was reluctant to be drawn into another fight but was going to attack the troublemaker who was accusing Moses of being a tyrant.  At that moment a man rushed up to Moses and told him that the authorities were looking for him, possibly intending to kill him.  So Moses left the city.  He was fearful and wary and prayed to God to save him from the wrongdoers.

Moses made his way to Midian.  When he arrived at the waterhole there he found a group of men watering their livestock while two women were standing back fearful of watering their sheep whilst the men were there.  Moses watered the sheep for them and then sat in the shade and prayed to God for assistance.  He asked God for any good thing at all and just then one of the two women returned saying that their father wanted to speak to him and reward him.

Moses went with the woman and met her father, Prophet Shuaib.  The old man listened to Moses’ story and reassured him.  One of the daughters encouraged her father to hire Moses, and so Prophet Shuaib offered one of his daughters in marriage if Moses worked for him for eight years adding that ten would be better though.  Moses agreed to fulfil one of the terms.

And when the agreed upon term had been completed Moses set out to travel with his family.  One night he noticed a fire on the side of a mountain.  He told his family to wait while he went to find the source of the fire and perhaps learn some news or in the very least bring back a flaming branch so that they could light their own fire.  When Moses reached the fire a voice called out to him.

The voice seemed to come from the right side of the valley, from a tree.  The voice said, "I am God, Lord of the worlds".  Throw down your staff the voice commanded.  When Moses did so the staff slithered away like a snake.  Moses fled in fear.  God called him back telling him he had nothing to fear.  Moses was then told to put his hand inside his shirt.  When he withdrew it, it was white and shinning.  God informed him that these two things would be signs Moses was to deliver from Him to Pharaoh and his ministers.

Moses then told God about the man he had killed and that he feared he would be killed himself if he returned to Egypt.  He also asked that his eloquent brother Aaron be able to accompany him on his mission.  God replied that he would strengthen Moses with his brother, and that they would not be harmed and would triumph.

When Moses and Aaron presented themselves before Pharaoh they were accused of trickery and sorcery because they had never seen such a thing before.  Moses said that God knows best who is guided and who will have the best home in the Hereafter.  Arrogantly Pharaoh told Haman to build a high tower so that he could climb up and see this God of Moses, and accused Moses of lying.  Pharaoh and his armies were arrogant, thinking they would never have to face God.  God seized them and flung them into the sea and that was an end to them.  They were the leaders calling only to the Hellfire but on the Day of Resurrection they will have no help.  They were cursed in this world and on the Day of Resurrection they will be despised.  Moses was given the scripture to provide insight, guidance and mercy.

I really enjoy the quran.