Description: God knows everything including the lies the disbelievers tell about Prophet Muhammad.  Gratitude is rewarded, and the disbelievers are warned that their stubbornness will result in severe punishment. 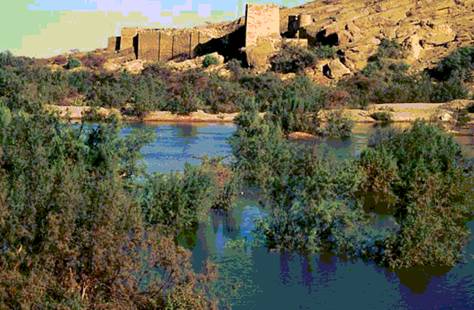 The fifty-four verse chapter, Sheba, was revealed in Mecca.  All chapters revealed in Mecca tend to concentrate on the fundamentals of faith and pay particular attention to belief in the Day of Judgement and the Hereafter.  The title Sheba comes from verses fifteen to twenty-one in which the community of Sheba is punished for their ingratitude.  The chapter also deals with the absurd allegations of madness directed at Prophet Muhammad, may the mercy and blessings of God be upon him.

All praises belong to God.  He is the owner of all that is in the heavens and the earth.  Even in the Hereafter all praises are His.  Yet the disbelievers say that the Day of Judgement will never come to them.  They are wrong.  Not even a speck of dust escapes God’s knowledge and it is all recorded in a book.  The Hour is established so that those who believe and do righteous deeds are generously rewarded and those who disbelieve and work to undermine the Prophet’s warning are severely punished.

Those with knowledge can see that what Prophet Muhammad says is the truth but some of them mock and taunt him.   They call him a liar and say that he is mad because he warns of a resurrection after death.  He is not mad and those who say so will suffer a torment.  God could make the earth swallow them or let fragments of sky fall down upon them.  In this is a sign for every person who turns back to God in repentance.

David was showered with God’s blessings.  He sang praises to God with the mountains and the birds.  God made iron pliable for David and commanded him to make chain mail and armour from it.  God sees everything.  God favoured Solomon with control over the wind and a fountain of molten brass.  Many of the jinn worked for Solomon making palaces, statues, water fountains and other amazing things.   If they disobeyed, God punished them severely.  God told the family of David to work gratefully pointing out that most people are ungrateful.   When Solomon died the jinn did not realise he was dead until a small creature eating through his stick made him fall down.  If they had known Solomon was dead they would not have continued working.

Verses 15- 21 The people of Sheba are ungrateful

The people of Sheba had two marvellous gardens, one to the right and one to the left.  God told them to eat from what He provided and to be grateful and give thanks.  They refused and turned away.  God punished them by causing the dam to break, flooding them completely.  Because of their lack of gratitude God replaced their two beautiful gardens with bitter fruit and sparse thorny trees.  God repays those that are ungrateful.  God allowed the people of Sheba to travel easily between the towns he had blessed.  They could travel safely both day and night but they were insolent and complained about ease.  They were rewarded for their ungratefulness by ceasing to exist as a nation and were scattered throughout the land, and became as mere tales for people to talk about.  In this are signs for those who are patient and grateful.  Satan cannot force people to disobedience, but God has been given him the power to whisper and seduce mankind so that it serves as a test to distinguish those who are sincere and believe in the Hereafter and those who entertain doubts about its coming.

If you invoke other deities you will find that they have no control over anything, not even a speck of dust.  They are no help to God and they possess no ability to intercede.  On the Day of Judgment intercession will only work when God gives His Permission.  God speaks the truth and He is the One who gives sustenance.  God has no partners and he will judge justly.  Prophet Muhammad was sent to bring good news and a warning but most people choose not to understand.  They ask when the Day of Judgement will come.  The knowledge of when it is known only to God and no one has the authority to change it.

The disbelievers say they will not believe in the Quran, or the earlier revealed scriptures.  If only Prophet Muhammad could see how the disbelievers will act when they stand before God.  They will reproach one another and accuse one another but they will all fall silent with regret when iron collars are fastened around their necks.  They will be recompensed for what they did.

Every community had a warner sent to them.  The affluent people, in general, refused to believe that they would be punished.  But it is not great wealth or many children that bring a person closer to God; it is righteousness.  Those who are righteous will get a double reward and will be in the upper part of Paradise safe and secure.

On the Day of Judgment God will ask the angels if people worshipped them.  They will vehemently reply no rather they worshipped the jinn.  Then the disbelievers will taste the Fire that they refused to believe in.  When God’s messages are recited to them they turn away and call the Quran a lie, and when the truth has come to them they call it sorcery.  Former people denied God’s messages and His reproach was terrible.

Prophet Muhammad is not mad nor is he a liar, he only warns of a severe suffering to come.  Muhammad does not ask for any reward; his reward is from God Alone.  God hurls the truth down and He has knowledge of the unseen.  The truth has come, and falsehood has gone and has perished.  If you could glimpse the Hereafter you would see how terrified some people are and there is no escape for them.  They will say that they believe now, but it will be too late.  They had many opportunities that are now gone forever.  They will not be able to go back and accumulate good deeds.  They were in complete denial, (now they are in despair).