Description: A brief description of the misguided people known collectively as Quranists and some points regarding the second source of Islamic law, the Sunnah. 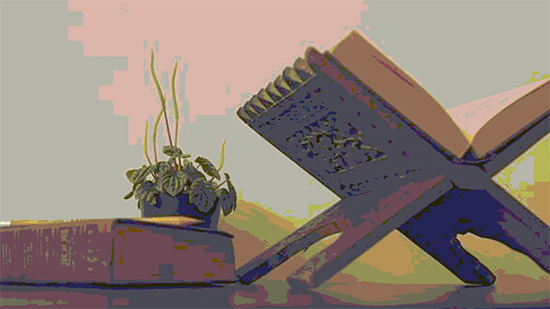 The word Quranism describes a type of Islam in which the Quran is accepted as revelation from God but the Sunnah of Prophet Muhammad, may the mercy and blessings of God be upon him, and hadith collection[1]  are rejected.  Those who share this belief are known as Quranists.  The doctrine Quranists adhere to states that the message in the Quran is clear and complete and thus it can be understood without reference to the Sunnah or hadith.

Islamic scholars, including those who are often denounced as too moderate, condemn this belief.  They point to the fact that the Quran commands Muslims to follow the example, or Sunnah, of Prophet Muhammad.  Many scholars add that without the hadith literature many Islamic concepts would be abstract and without substance.  For example it is the hadith literature that teaches us how to pray, fast, give the obligatory alms or charity, and how to make the pilgrimage to Mecca.

It is difficult to estimate the number of people following this deviant sect of Islam due to the fact that, as a general rule, they avoid any organised religious group or organisation.  There are however, several groups that have gathered together under the names, Ahle-Quran, Submitters (or Submission) and from Nigeria a group called Kala Kato.  In his Sunnah, Prophet Muhammad warned us about such people.

"I do not want to see any one of you reclining on his couch and, when he hears of my instructions or prohibitions, saying ‘I don’t accept it; we didn’t find any such thing in the Book of God.’"[2]

"Would any of you think that God would only describe what is forbidden in the Quran? I tell you, by God, that I have warned and commanded and prohibited things that are as important as what is in the Quran, if not more so."[3]

Islam teaches us that the hadith and the Sunnah of Prophet Muhammad explain and complete the Quran.  The evidence for this comes from the Quran itself.  God said that he revealed the Quran to Prophet Muhammad so that he could make it clear and understandable to humankind.  (Quran 16:44) The importance of obeying Prophet Muhammad can be understood from this verse:

"… they can have no Faith, until they make you (Muhammad) judge in all disputes between them, and find in themselves no resistance against your decisions, and accept (them) with full submission." (Quran 4:65)

God warns us not to disobey Prophet Muhammad, stating that whoever does so will be doomed.  He says ".  .  .  And let those who oppose the Messenger’s commandment beware, lest some fitnah (trial, affliction, etc.) befall them or a painful torment be inflicted on them." (Quran 24:63)

The Quran and the Sunnah, including the authentic hadith cannot be understood correctly without recourse to each other.   The scholars of Islam all agree that the Quranists’ suggestion that all the hadith are fabricated is nonsense.  Throughout Islamic history scholars took care to purify the Sunnah from all strange or outlandish elements.  If they had any doubts about the truthfulness of any narrator, or if there was the slightest possibility the narrator may have forgotten something, this would be sufficient grounds to reject a hadith.

Authenticating hadith is a meticulous science and involves strict adherence to procedures built up over centuries.  A hadith is authenticated and classified in several different ways and before you read one it has gone through several methods of classification, the most well-known of which is classification according to the reliability and memory of the reporters.

When a person rejects the hadith or the Sunnah of Prophet Muhammad a very important question arises.  How does a Muslim worship God without recourse to the teachings of Prophet Muhammad?  For example, the Quran does not provide a detailed prescription of the prayer nor the conditions required for an accepted prayer.  When God commands the believers to pray He does not mention the timing of the prayers or the details of performing them.   Prophet Muhammad however clarifies this when he says, "Pray as you have seen me praying."[4]  And the hadith literature gives us the details of how to do so.

God makes the pilgrimage obligatory but does not explain the details in the Quran on how to perform this act of worship.  Prophet Muhammad explains the intricacies and rules.   When God made giving alms obligatory He did not mention the particulars.  The Sunnah however clarifies this and takes it from a general command to a specific set of details.  In short it is the actions and sayings of Prophet Muhammad that explain and illustrate what God is telling us in the Quran.

Prophet Muhammad’s beloved wife Aisha described her husband’s character as the Quran[5].  Imam An-Nawawi, an esteemed hadith scholar, said that this meant that Prophet Muhammad acted in accordance to the Quran, he adhered to its limits, followed its etiquette, paid heed to its lessons and parables, pondered its meanings and recited it correctly.  The traditions, the Sunnah and the authentic hadith, are in fact inseparable from the Quran.

The vast majority of Muslims recognise that the Quran and the Sunnah are intertwined.  One is not complete without the other.  Centuries of scholarship have left Muslims in the enviable position of being able to trace the footsteps of Prophet Muhammad.  We are able to build up a very clear picture of his life and times.  We know that his companions looked to him to explain and clarify the revelations that were sent down to him by God.

Sadly, although they are not the very first people to do so, the Quranists seek to confuse people by rejecting the hadith literature.  Some of these small but active groups go to great lengths to portray themselves as mainstream when in fact they are not.  In this day and age where people have access to vast amounts of knowledge at the touch of a button it is important to recognise when a website is portraying itself as something that it is not.  They like to give the appearance of having many followers and try to trace their roots back through the centuries of Islamic scholarship.  If you stumble upon one of their many websites it should not prove difficult to realise your mistake.  Quranist websites will usually, in their introductory pages, reveal the importance they place on the Quran as the only source of Islamic law.  On the other hand, the vast majority of Islamic websites draw attention to both sources of law the Quran and the Sunnah.

[1] Sunnah refers to the teachings and way of life of Prophet Muhammad.  It is preserved in what is known as the hadith literature.