Description: The 80th chapter of the Quran is named when the Prophet Muhmmad frowned at a poor, blind man. 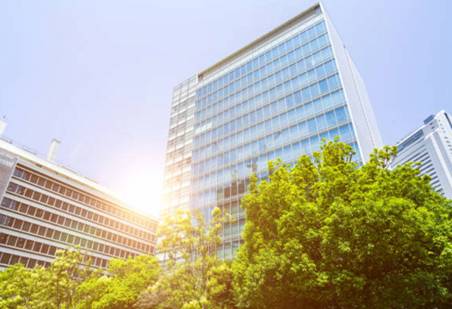 The chapter was revealed in Mecca.  While the Prophet was speaking to some pagan notables, hoping to convert them, a blind Muslim man came up to learn from him, but in his eagerness to attract them to Islam, the Prophet frowned at him.  The Prophet was reproached by God.  In the second section, there is condemnation of man’s ingratitude.  People become self-satisfied and forget their origin and final return to God.

Its first part is based on an incident which took place in the early days of Islam.  Prophet Muhammad, may the mercy and blessings of God be upon him, was busy with a few Quraysh dignitaries, explaining to them the Islamic message, when Ibn Umm Maktum, a poor blind man, interrupted him.  Unaware that the Prophet was busy, the blind man asked him repeatedly to teach him some verses from the Quran.  The Prophet was not very pleased at this interruption.  He frowned and turned away from Ibn Umm Maktum.  Heaven intervened to say the final word in this matter.

The chapter opens by criticizing the Prophet’s behavior in this incident.  It lays down clearly the values and principles upon which Islamic society is founded and states the true nature of the message of Islam.

Verses 11-16 The message and virtue of the Quran

The Quran is a noble and honored message in every respect.  Its pages are purified and exalted, entrusted to ‘noble and devout’ angel ambassadors who convey God’s message to His Prophets who then convey it to their people.  It is also dignified.  No one who pretends that he is self-sufficient and will spurn the message of Islam need be approached with it.  Those who are sincere and seek to be purified will benefit from it.

Man’s ungrateful attitude towards God and his denial of Him comes up for discussion.  Here man is reminded of his humble origin, how his life is made easy, how God determines his death and resurrection; and how, after all this, he remains totally oblivious of God’s care and His complete power over every stage of his existence, and fails to carry out His orders.

Next, man is invited to reflect upon his food and that of his cattle, which is one of the great many things God has provided for him.  Absolute perfection of creation is obvious in the provision of food for man as it is obvious in the creation, proportioning and development of man Himself.  This is the full story of man’s food, related here stage by stage.  Let man reflect: does he play any significant role in it? Can he determine or change its course? The same hand which has brought him to life has brought forth the food which sustains him.

Verses 33-42 When the deafening blast comes

This is the end of all delight and enjoyment.  It fits perfectly with the planning and designing which included every stage of man’s development.  The end portrayed here fits perfectly with the scene at the beginning of the chapter which shows someone coming forward with zeal and with a feeling of fear in his heart, and another who considers himself self-sufficient and turns away from divine guidance.  Here we have an exposition of their standing in God’s view.

The verses here touch upon "the stunning blast" and its fearful effects.  The very sound of the words gives the impression of horror.  It makes people unaware of anything around them.  Their faces, however, provide a lucid account of what is happening to them.  Some faces beam with happiness overflowing with delight.  They are hopeful and reassured because they feel that their Lord is pleased with them.  These people are spared the terror of the stunning blast, so they can afford to smile and demonstrate their joy.  Or probably the smiles and manifestations of happiness are seen after these people have realized the good end awaiting them.  The faces of people devoid of faith, who do not believe in God or in the divine message, will be covered with the dust of sadness and misery, darkened with humiliation and depression.  They know what they have done in this life and they await their inevitable punishment.

The fearfulness depicted in this scene strikes the soul, and makes us realize that each of us is accountable for ourselves, and what really matters is our beliefs and deeds and we will be recompensed accordingly.