Chapter 51, Adh-Dhariyat (The Winds that Scatter)

Description: God’s promise is true; lessons from the lives of the prophets concluding with a stern warning. 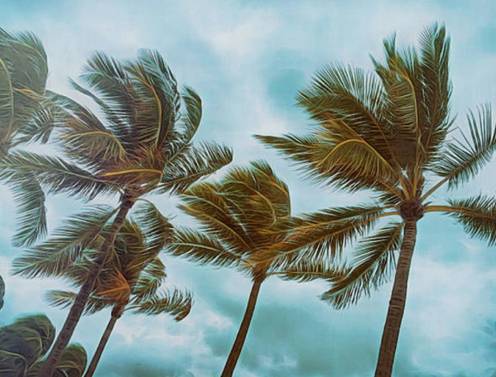 This sixty-six verse chapter was revealed in Mecca and thus discusses basic Islamic concepts.  It deals with the Hereafter and presents us with an invitation to accept the Oneness of God.  The name comes from the winds that scatter dust mentioned in the first verse.  The verses of this chapter have been described short pithy sentences that teach us to free our mind from earthly pursuits and yearn for the Hereafter.

God swears an oath, by the winds that scatter dust far and wide, by the clouds filled with rain, by the ships that sail with ease, and by those angels who distribute God’s bounty by His command.   What God has promised is true and the Day of Judgment will most definitely occur.

God swears another oath; this time by the sky and its starry pathways or orbits.  People contradict each other about Prophet Muhammad, may the mercy and blessings of God be upon him, and the Quran.  Those who turn away from the truth are deluded and the liars will be completely destroyed, they are immersed in ignorance and heedlessness.  They ask when the Day will come and are told that it will be the day they are thrown into the fire and told to taste what they were anxious to hasten.  On the other hand, the righteous will be in gardens with rivers and springs accepting gifts from God.  In their worldly life they were praying when others were sleeping and asking for forgiveness every morning.  They shared what God had given them with the petitioner and the deprived.

People of faith can see the signs all around them and inside themselves.  Can you not see? The earth on which we live is an exhibition of God’s marvels and wonders.  The human being is a great miracle, put together with precision and complexity.  Look to the heavens and see your provision, everything that you have been promised is there.  God, the Lord of the heaven and the earth, swears an oath by Himself, all that He says is true; as true as if you were hearing yourself speak.  The fact that you can speak is something you know to be an undisputable fact and another undisputable fact is that God tells only the truth.

Verses 24 – 46 Tales from the lives of the prophets

God asks Prophet Muhammad if he has heard the story about Prophet Abraham’s honored guests.  They came to Abraham and they greeted each other with words of peace.  Abraham and his family served them a roasted calf but the guests did not eat.  When Abraham noticed this, he became uneasy.  They noticed his anxiety and told him not to fear for they came with good news.  His wife hitherto barren was carrying his son.  They could not believe such news and Abraham’s wife struck her own face in complete amazement.  The guests were angels, divine messengers, and they also told Abraham that they were going to a city of criminals to destroy them with rocks made of clay.

When the angels went to the town, although they searched, they could not find any believers except for one single family, the family of Lot.  God saved them all except for Lot’s wife; she perished with her people.  In this is a sign for those who are able to see and understand.  And the story of Moses is a sign.  He was sent to Pharaoh with a clear message but Pharaoh and his council turned their backs and rejected Moses calling him a crazy person and a sorcerer.  As a consequence of their actions they were cast into the sea.

In the people of Ad there is another sign.  A wind was sent against them that tore everything to shreds.  In Thamud the people were insolent, but for a time they were left to enjoy themselves.  They were soon overtaken by a blast that rendered them unable to stand up and defend themselves.  God uses the forces of nature to reign in and punish the disobedient.  The people of Noah, who came before them were also lost in evil.

With His Power God constructed the skies and the vast expanse of the universe.  God spread out the earth and made it perfect to sustain life.   And He created everything in pairs in order that human beings might learn a lesson, think and ponder.  So Prophet Muhammad must warn the people to turn to God and to do so quickly without hesitation.   He must remind them not to worship any deity but God.   All God’s messengers and prophets have been called either a sorcerer or a mad person.  Did the Meccans learn these words from the previous disbelievers? If Prophet Muhammad turns away he will incur no blame.  But go on reminding people because it will benefit those who believe.

God says that He created the jinn and humankind in order that they should worship Him.  This short statement is one of the foundations of Islam and answers the question, what is the purpose of life? God requires nothing else from them, no provision or food of any kind.  It is God that is the Provider.  He is all-powerful, invincible.  And in the light of this universal truth God concludes with a warning to the wrongdoers.  They will assuredly have their share of the punishment that afflicted their predecessors; there is no need for them to be impatient and try to hasten that day.  On the Day of Judgment, they will surely be punished and there will be no escape.