Description: When Prophet Muhammad lost his son, an opponent who hated him, made fun of him, saying that he was being ‘cut off’ without posterity.  This Meccan chapter comes to reassure the Prophet. 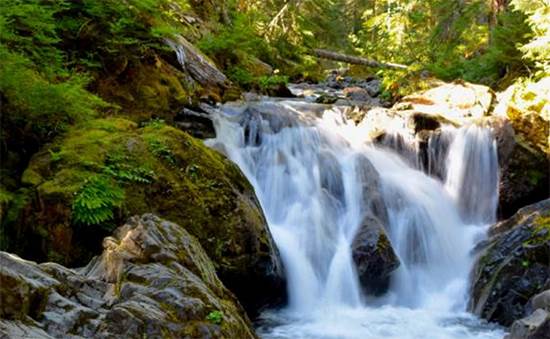 This chapter exclusively concerns Prophet Muhammad, may the mercy and blessings of God be upon him, seeking to cheer him up and assure him of happier prospects in his struggle.  It represents a glimpse of his life and the course of his mission in the early period at Mecca.  In it God threatens his enemies with destruction while directing the Prophet to the path of thanksgiving.  It deals with the plots and insults directed against him and the divine message he conveys.  The chapter is an example of God’s protection of His servant, Prophet Muhammad, and the few who followed him and believed in God.

Among the people of the Quraysh, the Arab tribe which controlled Mecca, there were some folks who viewed the Prophet and his mission with a degree of antagonism.  They would resort to taunts against him to deter the people from listening to the divine message which he was trying to convey.  They said about the Prophet that he was a man with no posterity, referring to the death of his sons.  One of them once remarked, "Do not be bothered with him; he will die without descendants and that will be the end of his mission."

Such taunts had a wide impact on the Arab society of the time which set great premium on sons.  Such teasing delighted the Prophet’s enemies and undoubtedly was a source of sadness and irritation to his heart.  This chapter was therefore revealed to comfort the Prophet and assure him of the abiding and profuse goodness which God had chosen for him and of the deprivation and loss awaiting his persecutors.

The word used in the chapter and rendered as ‘abundance’ is derived from the stem word which signifies ‘a multitude’.  It indicates the opposite meaning to the one the impudent Quraysh tried to attach to the Prophet.  We have given you that which is plentiful, overflowing and rich, unstinting and unending.

Having assured the Prophet of this munificent gift, which disproves what the calumniators and wicked schemers say, God directs the Prophet to be completely and sincerely thankful to Him for His bounty.  He is to devote himself to Him alone in worship and ritual slaughter, taking no heed whatsoever of any form of idolatry and refusing to participate in the worship rituals offered by idolaters, especially when they invoke anyone other than God in their offerings.

Islam frequently lays emphasis on the pronouncing of God’s name when slaughtering animals.  It prohibits anything that is consecrated to any other being, which indicates the importance Islam attaches to the purification of human life from all forms of idolatry and all that leads to it.  Because it is based on the principle of God’s oneness in its purest sense, Islam does not aim merely at purifying human imagination and conscience.  It pursues idolatry in all its manifestations, striving to eliminate its marks in man’s consciousness, worship rituals and general behavior.

Life, Islam says, is one indivisible entity and must be treated as such.  It must be cleansed inside out and completely oriented towards God, in all its aspects: worship, tradition and social behavior.

In the first verse, God specified that Muhammad was not the one who had no posterity but, on the contrary, was the one endowed with abundance.  In this verse, God throws back the taunt on those who hated and reviled the Prophet.  Indeed, God’s promise has come true, for the influence and legacy of Muhammad’s enemies were short-lived, while his impact on human life and history has grown and deepened.  Today we are witnessing the truth of this divine pronouncement as clearly as no one among those addressed by the Quran for the first time ever did or imagined.

Faith and goodness cannot be barren.  Their influence is both profound and deep-rooted.  By contrast, falsehood, error and evil may grow and spread quickly, but they ultimately come to nothing.

God’s criteria are different from the criteria laid down by man.  Men are often deceived when they vainly believe their sense of judgement to be the criterion.  Before us is the eloquent and enduring example of the Prophet.  Of what value or interest to humanity have Muhammad’s slanderers and foes been to anyone?

On the other hand, calling others to the religion of God, to truth and goodness, can never be called futile.  Neither can the righteous and the true be called deprived or cut off.  How can it be, when this message itself comes from, and is supported by, God, the Immortal, the Eternal? But deprived and sterile indeed are disbelief, error and evil as are their votaries, however strong and widespread they may appear to be at any moment.

God affirms the truth; wily opponents are but liars!

thank you very much!