Description: Dual images; those who strive to please God and those who prefer to turn away from His guidance. 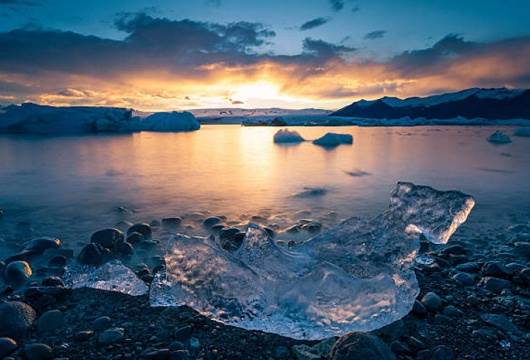 The Night is a short chapter towards the end of the Quran that was revealed in Mecca.  It contains 21 short verses and it adds yet another dimension to the basic foundations of Islam that are found in all Meccan chapters.  The subject matter closely resembles that of the preceding chapter therefore scholars have deduced that they were revealed in roughly the same time period.  It looks at two different ways of life and explains the contrast between their ultimate ends.  God warns that there are consequences for any path a person chooses to follow.  Therefore, He offers us guidance to help us make the correct choices.

By the night when it descends and covers everything with darkness, and by the appearance of the bright and radiant day, and by He who created both the male and the female.  God begins this chapter with a series of three oaths.  God swears by both the day and the night and describes them eloquently.  The night falls and conceals everything but then the day, in its brightness uncovers and reveals everything.

Your efforts are diverse; they differ greatly and come to very different conclusions.  Firstly, there is the person who is charitable, mindful of God, and believes in goodness.  God will ease this person’s way.  Goodness includes the correct attitude towards belief, manners and morals.  The person on the correct path is generous with what God has provided, acknowledges and is mindful of God’s mercy and generosity, and behaves in a manner befitting a believer in God.

This implies that the person who strives to please God will find his life unfolding with the ease that characterizes the nature of the universe, everything moving in the manner for which it was designed.  The day follows the night with unending harmony.  The righteous person finds a path leading to dignity and satisfaction.

Verses 8 – 11 Those who choose the wrong path

On the other hand, we have the person who is stingy and considers himself self-sufficient and not in need of God.  He does not believe in goodness.  God will facilitate his passage towards difficulty.  And his wealth will be of no use to him when he falls headlong into the Hellfire.  This is the person who sacrifices nothing for God, is not generous with the wealth God has provided him with, and disbelieves in the messages and warnings that God sent to him and to all of humankind.  God makes his efforts difficult; he might think he is becoming successful but he is gravely mistaken.  God has deprived him of the pleasures that should come from his daily efforts.  He is always at war with his nature, his conscience, the laws made by the Creator and the society in which he lives.  When he endeavors to satisfy his own interests and desires in every way possible, transgresses all moral limits of honesty and nobility, and when the people he interacts with are harmed by him, he feels disgraced in his own eyes and has to clash at every step with the society he lives in.   When his steep descent begins he will see that he cannot make use of the wealth he hoarded.  Prosperity in this life is not an indication of success in the Hereafter.

God decrees that it is incumbent upon Him to give guidance to humankind.  This world and the next belong to God; he is the beginning and the end.  Everywhere, every place and every time is part of God’s dominion.  He sent prophets to every nation to show them the truth and the best way to live.

If a person seeks the goodness of this world, God alone can provide it and if it is the home in the Afterlife that you pursue it is God who provides that as well.  One aspect of God’s mercy is that He surely provides guidance to whoever sincerely seeks it.

Therefore, God says, I am warning you about the blazing Fire.  Those most wicked individuals who denied the truth and turned away will enter the raging Fire.  However, the pious, righteous people will be kept well away from it.  Again, a harmonious distinction between the rewards for doing what is right and the punishment for choosing to behave in the wrong way.  The one who does not answer when God beckons him with clear guidance will face the consequences.  These are the most wretched people because there is no wretchedness worse than facing the fires of Hell.   In contrast those who answer when God calls will have a happy reward.

The person who gives generously from his wealth as a way to purify himself and please God, and without hoping or intending that his generosity will be reciprocated in any earthly way, will soon be very pleased with the generosity of God.  Indeed, he will be well content, satisfied with his religion and with his destiny.  This person will be well pleased and well satisfied with his life in this world, and his reward in the Hereafter.  God will be pleased with him and He will bless him.