Description: A view of Islam from a different world and the seriousness of Prophet Muhammad’s mission. 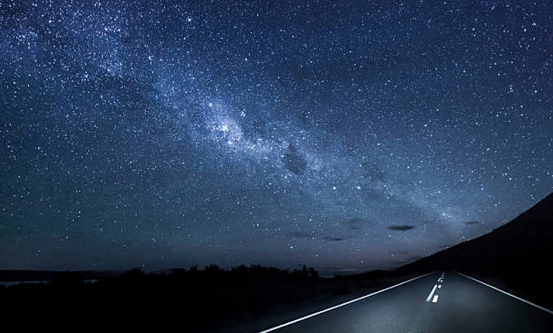 This twenty eight verses chapter was revealed in Mecca.  Meccan chapters tend to concentrate on teaching the basics of Islam.  They focus on the Oneness of God and the consequences of ignoring the message.  The first 15 verses give an account of a discussion by a group of jinn after they heard a recitation of the Quran.  This chapter shows us how the Islamic faith appears to those from a different world.  The disbelievers of Mecca had previously accused Prophet Muhammad, may the mercy and blessings of God be upon him, of learning his new faith from the jinn.  Here we see that this is clearly not correct.  We are given an accurate description of the jinn and many of the ideas and superstitions that surround them are shown to be false.  The final part of the chapter is addressed to Prophet Muhammad.

God revealed to Prophet Muhammad that a group of jinn listened to his recitation of the Quran.  They returned to their own society and described the recitation as wondrous, saying that it called to what is true and sensible by distinguishing between right and wrong.  Those who listened believed in it and reported such to the others of their kind.  They declared that they would never again associate anything with God.

This chapter puts this response to the unbelievers of Mecca who also listened to the recitation of Quran yet failed to believe in it.  Those of the jinn who listened immediately embraced a true untainted faith.  They said that the recitation exalted God and further stated that He had neither partner nor offspring.  At the time many Arabs believed that the angels were God’s daughters through marriage to the jinn but the jinn emphatically deny this.

The jinn declare that some of their number said shocking things about God even though they believed no one would ever have the audacity to tell lies about God.  But now that they had heard the Quran for themselves they realised that those ideas were false.  In the past some people had sought protection with some of the jinn but this only led them further away from the truth and increased them in sin.  Some humans and some jinn thought that God would never send a messenger to guide and warn them.  God, however, is generous and kind and does indeed send messengers to guide to the right way.

The jinn disclaim any knowledge of the unseen, stating that it remains beyond their reach.  We tried to reach the heavens, they say, but found it to be fortified by stern guards and shooting stars.  Before Prophet Muhammad the jinn were able to collect information by eavesdropping on the angels.  They then passed it on to astrologers, fortune-tellers and others of that ilk.  This is no longer possible and if they try they will find a celestial deterrent lying in wait for them.  They do not know what is in store for those on earth.  God’s intentions (misfortune or guidance) remain unseen.

The jinn then describe their own situation and their attitude towards guidance.  Some of the jinn are righteous, others are not.  They follow many different paths and hold many different opinions and beliefs.  They understand that they can never damage God’s plans for earth and its inhabitants and they can never escape God’s will.  When we heard this recitation of the Quran we believed in it and those who believe in God need not fear loss, injustice or an unbearable burden.  Some (jinn) submit to God and are guided; others refuse to accept the truth.  Those who accept the truth have found their way to salvation the others are fuel for the Hellfire.  This applies to humans as well, some accept guidance others plough a course towards Hell.

Verses 16 – 19 Pay attention to the warnings

God tells Prophet Muhammad that if the Meccans had remained on the straight path He would have provided them with abundant rain (water, and assuring their provision).  This is also a means by which God tests people.  The Quran tells us that having plenty is as great a test as having little.  The person who pays no attention to God’s warnings will face an arduous punishment, spiralling down into Hell.

The mosques are built for God alone; they make worship easy but a Muslim can pray anywhere (with very few exceptions).  Worship is for God alone so do not call on anyone but Him.  When Prophet Muhammad stood up to make supplication the crowd pressed in around him, the unbelievers ready to attack him.  God protected him on this and on many other occasions.

This chapter now addresses Prophet Muhammad in a decisive tone making it clear to him that once he has delivered the message he has no say over how people respond.  He is told to tell the people that he prays to God alone and he does not set up partners or associates with Him.   He tells them that he cannot cause harm and he cannot force them to go in the right direction.   Prophet Muhammad says that if he were to disobey God no one could protect him and he could never find a place to hide from Him.   His mission is only to deliver the message.  Whoever disobeys God and his messenger will find themselves in the Hellfire.  The disbelievers think they have the strength in numbers but they will soon come to understand that Prophet Muhammad has God’s power and strength behind him.

Prophet Muhammad informs the disbelievers that he does not know when the threatened punishment will take place.  He has no part in that decision, it is God alone who decides.  The promised punishments in this life, and in the life to come, are matters of the unseen and God does not reveal such matters to anybody.  However there is one exception, God may reveal unseen matters to one of His messengers if necessary.   Guardian angels protect both the messenger and the message.  God knows everything about His messengers, there is nothing that escapes His knowledge.  Everything is counted and measured.  The message is carefully monitored.