Description: The 50th chapter of the Quran is named after the Arabic letter that opens it – Qaaf. The themes covered include creation, death, Resurrection, and the end of the wicked and the pious. 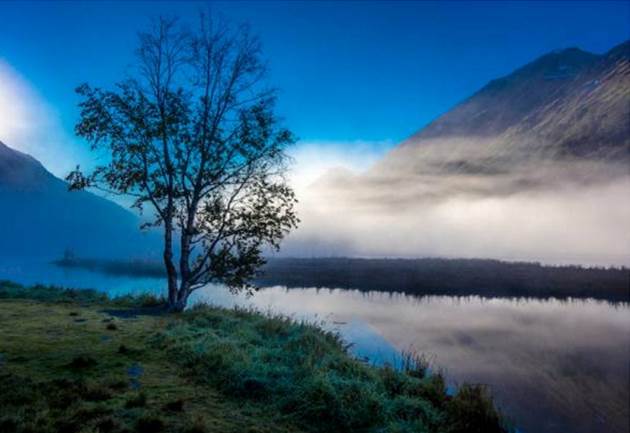 The chapter was revealed in Mecca and deals with the Resurrection and the Day of Judgement. The chapter both opens and closes with the mention of the Quran. The disbelievers in Mecca are warned and Prophet Muhammad, may the mercy and blessings of God be upon him, is reassured through previous generations of disbelievers. Creation is cited as an indication of God’s ability to bring the dead to life again and emphasis is placed on the powerlessness of man on the Day of Resurrection. The Prophet would recite this surah from the pulpit during the sermon of the Friday congregational prayers.

The Quran is guidance for humanity yet only those benefit from its knowledge and inspiration who truly recognize the great beauty and magnificence of the Quran. No one wants to admit that they might be wrong in their thinking. It was the same attitude due to which the disbelievers of Mecca denied the Prophet. They could not digest the fact that one of their own was warning them against their centuries old beliefs and customs.

Another hindrance was their lack of acceptance of life after death. They simply didn’t want to believe in this concept and tried to prove it as an impossible fantasy. They did say that they believed in God but they had no idea of His magnificent power and all-encompassing knowledge.

Our bodies will decompose and become dust and then on the Day of Resurrection God will gather all the dust from wherever it might have blown or sunk or washed away by some river or sea to make it into a complete human being.

But the problem is that we don’t want to admit the truth and look for it in places where it does not exist. Our whole lives are spent in a cycle of never ending confusion and doubts.

The people of Noah, Lot, Rass, Thamud, Tubba, Ad, Pharaoh, and the Forest-Dwellers (to whom Prophet Shuaib was send) all disbelieved their messengers.

The Ad and the Thamud were pre-Islamic Arabian tribes who rejected the prophets sent to them. Tubba is most likely a reference to a line of kings in southern Arabia.

Usually it’s our negative thinking which prevents us from accepting any goodness. And then we develop a series of doubts about the religion and even those who follow the religion. God reminds us that He knows what goes on in our hearts and minds. We also know that our book of deeds is being compiled, in which all our actions are being recorded with the minutest details, by the two angels. It’s not only our deeds but every single word that we utter is being written down by them.

The problem is that most people don’t want to talk or even think of death. Isn’t it ironic that we go on avoiding the one thing which is the only certainty of this life? The rest of the events of life might happen or they might not. Our concept of the Hereafter has been blurred in our minds due to the glamour of this world and our deep involvement with our day to day affairs. But when we will be raised on that Day and brought before our Lord, then our vision will become clear. There will be no more "confusion." The reality will be fully exposed.

Verses 31-35 The delight of the pious and their description

How merciful and kind is our Lord. He could have thrown us all into the Fire because none of us can ever come up to the standards of perfection. We are full of weaknesses yet God has promised to reward all those who fear Him and try their utmost to live a life of His obedience. This is such a clear message and it penetrates to every sensitive heart. But even if you feel that your heart is not receptive to it, you should keep listening to it attentively and one day the heart will also respond.

The other thing is that we should not listen to the negative comments of those who don’t believe in the truth of Islam, because our ears are passages to our hearts, and our thoughts and feelings are affected by whatever we hear. God comforted the Prophet and all the believers that they should be patient and not respond to negative propaganda. Instead we should seek comfort in prayers. It is our responsibility to spread the message of God and to try and bring people to the right way. But we should remember that our duty is just to convey the right thing to others in the most pleasant manner; and if they reject it then it is their own choice.

Obviously, the thing to do is to establish prayers in our life and secondly to keep reminding ourselves and others of the message of Quran. The fear of the Hereafter together with prayers and understanding the message of Quran can really make us change from within. And this is what real character building is all about.

JazakAllah for such beautiful summary of Verses of this Chapter.