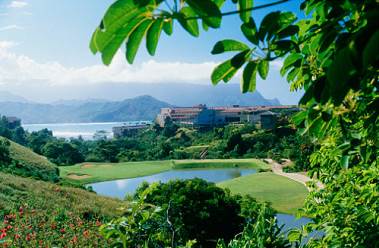 Chapter 24 of the Quran was revealed in Medina and concentrates on establishing the good manners and morals that will ultimately benefit the new Muslim society.  It establishes regulations for marriage, modesty, appropriate household behaviour, and the manners and necessity of obedience to Prophet Muhammad, may the mercy and blessings of God be upon him.  The title of the chapter is taken from verses 35 in which God is described as the light of the heavens and the earth.  While the central theme of this chapter is educating the Muslim community, it flows effortlessly from prescribing mandatory punishments to gently inviting us to reflect on the signs God has placed for us throughout the universe.

God has sent this chapter down from on high and contains commandments that are obligatory.  This emphatic opening is followed by an explanation of the mandatory punishment of flogging for a person who commits fornication.  The people are advised not to let compassion keep them from enforcing this rule.  Muslims carry out God’s orders without hesitation.  In this case, before the flogging is administered there must be witnesses to the crime.  And when the punishment is administered, it should be witnessed by others so that is serves as a psychological deterrent for those who have similar tendencies.

Believers do not marry a fornicator or fornicatress just as they would not marry a polytheist.   Illegal sexual intercourse is a severe crime, however anyone who makes false accusations make themselves liable for punishment.  If couples accuse each other of adultery they can be exempted from punishment by taking prescribed oaths attesting to their good behaviour.

And God says that if it was not for His favour and Mercy…, and then leaves the end of the sentence up to the reader.  It is most commonly believed that it means if not for the mercy of God and the fact that He bestows favours upon humankind our lives would be much more difficult.  We would perhaps be punished or even destroyed.

Having outlined the rules about accusing women of illegal sexual intercourse, God mentions the evil incident regarding the slander against Aisha, the wife of Prophet Muhammad.  It contains a lesson for humankind; and all who took part in it will be punished accordingly, some will receive a severe punishment.  Nobody gave Aisha the benefit of the doubt and nobody produced witnesses.  Still many people passed on the gossip.  God asks why they did not hesitate to repeat a monstrous slander and warns the believers never to do this again.  This unthinking behaviour causes pain, doubt and worry.  And once again God leaves us to finish the sentence, if it were not for God’s Mercy and His favour, humankind might be severely punished.

Following in Satan’s footsteps only leads to indecency and evil.  Those who are blessed by God should not swear of not helping others, and those who accuse chaste women are cursed in this life and will face a severe punishment.  In the end the corrupt will associate with other corrupt people while good people will be with other like mined people.  It is the good people who will find forgiveness and generous provision.

God tells the believers not to enter homes other than their own unless they have been granted permission.  However there is no harm in entering uninhabited places if there is a good reason to do so.  Men are told to lower their gazes and guard their modesty and then women are exhorted to do the same including not revealing their charms, beauty or adornments to any men except those who are not strangers to them such as, husband, father, sons, brothers, father-in-law, stepsons and nephews.  Women should also not draw attention to themselves in such a way that will tempt another person to sin.

Men and women are encouraged to marry.   However they should abstain from sexual relations until God provides them with the means to marry.  A slave wishing to buy his or her freedom should be encouraged and aided with some of the wealth God has provided.  Do not force slave girls into prostitution.  The fate of earlier communities demonstrates what happens to those who deviate from God’s laws.

Verses 35 The verse of light

In this verse, God describes the heart of the believer by using the analogy of light. God is the light of the heavens and the earth. It is His light that illuminates the universe, without it there is nothing but darkness. Try to imagine a lamp in a niche in a wall.  It burns brightly but the light becomes even brighter when it enclosed in a crystal; so bright that it shines light like a radiant star in the sky. The light is fuelled from the oil of an olive tree, often called a blessed tree. It is an olive tree that grows in a central position able to get the light of the sun throughout the day. For this reason, the oil is pure and burns as if it has no need for the fire that keeps it alight. It is light upon light, the light of the pure oil and the light of the fire.  It is God who guides us to His light. The bright light that fills the heart of the believer glows like nothing else in this vast universe.  It is light upon light, upon light.

The light God mentions can be found in the houses and mosques that have been built for God’s remembrance. God is remembered and honoured there and His name is glorified throughout the day. The people are not distracted by commerce because they fear the Day of Judgement.  They perform the prayer, give the obligatory charity and remember that they will be called to account. The people will then be rewarded for their good deeds and God will add even more to the bounty of whomever He pleases.

The deeds of the unbelievers will disappear like a mirage in the desert.  God’s reckoning will be swift.  The state of a disbeliever is like darkness in a bottomless ocean.  If God does not give light there is no light at all.  Everything in the heavens and the earth glorify God in its own way.  Each knowing how to pray and exalt Him, and God is well aware of all that they do.  God controls the heavens and earth, drives the clouds, and sends the hail, diverting it from whomever he wishes.  He alternates the night and the day, and has created every living thing from water.

God sends clear revelations and He guides whomever He pleases.  Some hypocrites declare their belief but then turn their backs.  When they are summoned to God and His Messenger they turn away as if their hearts are diseased or they fear injustice.  They are wrongdoers; the believers on the other hand, hear and obey.  Only those who do not incur God’s displeasure will be successful.  If you obey Prophet Muhammad you will be rightly guided for it is his duty to convey the message clearly.  Establish the prayer, pay the obligatory charity and obey the Messenger and you will be given mercy.  Never think the disbelievers will escape punishment, their refuge will be the Fire.

Ask permission before entering at three times: before the dawn prayer, at the midday rest and after the evening prayer.  If elderly women want to lay aside their outer garments there is no blame on them.  There is no blame laid on the blind, the lame or the sick who wish to eat and mingle with people, and there is no prohibition on eating at the houses of members of your extended family or close friends.  Remember to give greetings of peace.

Ask permission to leave when you are meeting with Prophet Muhammad, and do not leave unless the needs are pressing.  Treat and address Prophet Muhammad with all the respect due to a man of his lofty station.  God knows all thoughts and actions and on the Day of Judgement they will be clear to see.  God knows everything.