Description: An oath, a story, and a description of God’s ultimate power. 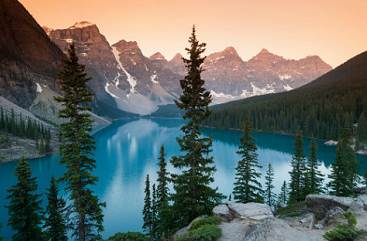 The eighty-fifth chapter of the Quran is The Great Constellations.  The title is taken from the first verse and refers to God’s power over the entire universe.  It is God’s total power that is the recurring theme of this short chapter of 22 verses.  The Great Constellations was revealed in Mecca and following the pattern of most Meccan chapters it focuses on the essentials of faith and the importance of belief.

The chapter opens with an oath that links together, heaven, the great constellations, the Day of Judgment and the witnesses.  God swears by the sky and its towering constellations and by the day that is promised, the Day of Judgment.  He also swears by Himself, the ultimate witness and the Sovereign of the heavens and the earth who witnesses all things.  And in addition to this God swears by all the people who will witness that great day, the Day of Judgment.  These are powerful images that provide a serious atmosphere for what comes next.  Doomed are the people referred to as the "people of the ditch." The people of the ditch (sometimes translated as trench) were the agents of a tyrannical King who refused to allow his people to believe in God.  The actions the King’s agents took in obedience to their ruler earned them the curse of God.

God then goes on to tell us just what the King ordered his men to do.  They made a fuel filled fire in a great pit and drove the believers into the burning hole.  That was not their only crime, the perpetrators then sat around the pit watching the people burn, delighting in their torture.  Vengeance was exacted for no other reason except that they were believers in the One God.  Their only "crime" was to believe in the One who has control over the heavens and the earth; the One who is a witness over all things.

This is an abridged extract from the full story that can be found in the sayings and traditions of Prophet Muhammad, may the mercy and blessings of God be upon him, researched and collected by Imam Muslim (817-874 CE)

*The companions of Prophet Muhammad knew well the story about the people of the ditch; their story was contained in a longer story known as The Boy and the King.  There was once a boy who was sent by the King to be a sorcerer’s apprentice.  But each day as he went to his work he passed by a monk, and he stopped, listened and learned.  He eventually learned that the way of the monk was better than that of the sorcerer so he believed in God and began to heal people in God’s name.

The King eventually learned about the boy when one of his couriers was cured of blindness and accepted the belief in One God.  The King was furious and demanded he give up his belief and when he refused he was sawn in two.  The King tried to kill the boy because he would not give up his religion but his attempts to throw him off a mountain and drown him in the sea failed because of God’s intervention.

In time the boy tricked the King into killing him with an arrow, in God’s name, thus showing the people God’s ultimate power.  Many of the King’s people turned to God and in his fury the King ordered a deep ditch to be dug and a fire kindled in it.  All those who would not give up their belief in God were cast into the burning ditch.

God says very eloquently that those who torture or persecute the believing men or women, and do not repent from their actions, will find themselves in the fires of Hell.  When a person’s time on earth has come to an end, it is not the end of the story, there is another life.  It is one that will last forever and it will restore the balance of the scales of justice.  Those who believe and strive to do good will live in beautiful gardens under which rivers flow; and theirs will be the greatest success.  To escape punishment in the Hereafter is indeed the supreme triumph.

God’s vengeance is indeed stern.  This verse contrasts God’s punishment in the Hereafter with the actions of the tyrannical King’s men.  Their vengeance was trifling compared to God’s; God will bring people back to life and can punish as He wills and for as long as He wills.  Verse 13 also reminds us that creation, death and decay, and then re-creation is a continuous process and is happening throughout the universe.   And He is a forgiving and loving God.

(He is) the Lord of the Throne, the Glorious, and does whatever He wills.  These attributes portray God’s absolute dominance and power.  This verse is followed by relevant examples of God’s punishment of others; Pharaoh and the people of Thamud.  Have you not heard the stories about these warriors, God asks? They were mighty forces but God did with them as He pleased.  Both stories were different in nature, and in consequence, but both manifested God’s will and His power.

Yet, even knowing these stories the disbelievers persist in their denial of the truth.  God has them encircled, He surrounds them.  His might and His knowledge engulf them making them powerless but they do not comprehend this, they are totally unaware.  This is a glorious Quran.  It is inscribed on a preserved slate, an imperishable tablet that God keeps with Him.

Mashaallah very good summary of Surahs , pray Allah SWT reward you all who contributed in this work. Is there any audio summary available