Description: Three short verses explain the needs of a functioning community of believers.

"O you who believe! Let not a group scoff at another group, it may be that the latter are better than the former; nor let (some) women scoff at other women, it may be that the latter are better than the former, nor defame one another, nor insult one another by (offensive) nicknames.  How bad is it, to insult one's brother after having Faith.  And whoever does not repent – then it is those who are the wrongdoers.  O you who believe! Avoid much suspicions, indeed some suspicions are sins.  And do not spy or backbite each other.  Would one of you like to eat the flesh of his dead brother?  You would detest it (so detest backbiting).  And fear God; indeed, God is Accepting of repentance and Merciful.  O mankind, indeed We have created you from male and female and made you peoples and tribes that you may know one another.  Indeed, the most noble of you in the sight of God is the most righteous of you.  Indeed, God is Knowing and Acquainted." (Quran 49: 11-13) 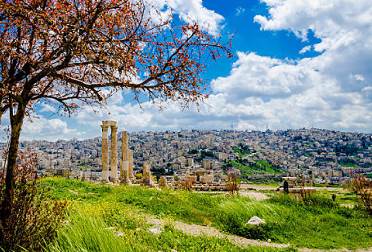 This article discusses three essential verses from chapter 49, The Dwellings.  This chapter was revealed in Medina and as with most Median chapters it deals predominantly with establishing the fledgling Muslim community.  These verses are an attempt to teach the first Muslims good manners; manners that befit the believers who live in a tight knit society.  The final of the three verses warns the believers to stay away from behaviour that could be thought of as nationalism or tribalism.

The first two verses here begin with a term of endearment.  God addresses the people as believers.  He says, "Oh you who believe".  God then says that it is forbidden for one group of believers to deride or mock another group.  God specifically mentions women but it is understood that it could be any group.  Muslims are one family and everyone is entitled to respect and dignity.  A person’s integrity should be valued, both in their presence or when they are absent.  The people that are mocked or ridiculed may be highly regarded by God.  And in the eyes of God, the ones that are defamed might be better than the ones who jeer and scoff.

Part of mocking and defamation is to call a person by a name that they dislike, or a name that suggests disrespect.  It is important for a person to have a "good" name not one that calls to mind unfavourable qualities.  Nicknames if they are used at all should not suggest ridicule or cause laughter and snickering.  Prophet Muhammad, may the mercy and blessings of God be upon him, changed the names of some of his companions and in some cases it was because those names or nicknames could bring pain to the people concerned.  He changed the name of a woman called Assiyah to the name Jameela which means beautiful.  Assiyah is the female version of Assi and it means disobedient.  Prophet Muhammad pointed out that it stressed a quality that is associated with being rebellious or rejecting faith[1].  The believers are then warned that they might lose the desirable quality of devotion if they fail to show respect to others.  Engaging in mocking or ridicule is an act not befitting for a believer.

These essential verses establish rules for a well-mannered community.  They were revealed to educate the first Muslim community, so that it would be a community based on the noble word of God.  This community would be forever more looked upon as an example of how a community of believers should behave towards one another.  Believers are expected to avoid being suspicious of one another without any ground, or to begin with suspicion in forming an opinion about others, or entertain a suspicion about people whose apparent condition show that they are good and noble.  God then instructs the believers not to spy on one another.  Spying might be an action that results from suspicion or it might be a completely separate action.  This includes groping after the secrets of people and searching for their defects and weaknesses.  It is to be avoided because it is a vile pursuit and goes against the high moral code of behaviour God expects from the believers.

People are entitled to have their freedom and their privacy.  Their rights should not be violated or encroached upon.  In the early days of Islam a man wanted to call the police on his neighbours who he suspected of drinking alcohol.  He was advised not to do so but to advise and warn them instead[2].  The person who told him not to call the police heard Prophet Muhammad say that the one who conceals the faults of a believer is like a person who rescues a baby girl who had been buried alive.[3] Not being suspicious or spying is like a barrier protecting people’s rights and freedoms.  Another of Prophet Muhammad’s companions said to take people on the basis of what is apparent and avoid spying on things that God keeps concealed.

Next is the order from God that forbids backbiting and it is presented in a way that leaves no doubt as to the vile nature of this sin.  Backbiting is described as eating the flesh of your dead brother.  This something that would make people feel revulsion; they would stay well away from such a scenario.  This is how God expects us to handle backbiting.  The believers are told to be mindful of God and to ask for repentance.

God then addresses all of humankind; all races, all ethnic groups and all colours and societies.  He reminds them that they all share one origin, one male and one female.  Therefore they should not divide themselves along racial and ethnic lines.  God is informing humankind about the reason for the differences, and contrary to humankind’s repeated behaviour, it is not to cause conflict and enmity.  It is for the purpose of getting to know one another and rejoicing in the differences and similarities that make us all different yet very much the same.  Fanatical bonds of race, tribe, clan, family, and homeland have no place in the heart of a believer.