Chapter 87 Verses 9 – 19: The Fortunate Ones Listen to the Warning

Description: This world is a temporary place; take note of the reminder.

"Therefore remind, in case the reminder profits. He who fears [God] will heed the reminder, but the wretched one will avoid it.  [He] who will [enter and] burn in the great Fire, neither dying therein nor living. He has certainly succeeded who purifies himself, and mentions the name of his Lord and prays. But you prefer the life of this world, while the Hereafter is better and more lasting. Indeed, this is in the former scriptures; the scriptures given to Abraham and Moses." (Quran 87:9-19) 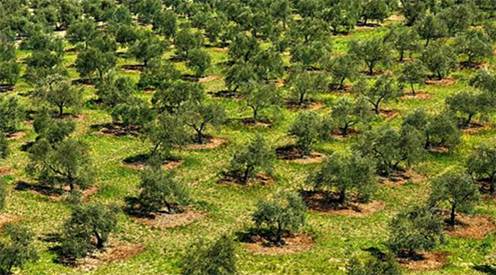 Chapter 87 of the Quran is called Al-Ala.  This translates to The Most High.  It contains 19 short verses and was revealed in Mecca.  The chapters and verses revealed in Mecca usually concentrate on the Oneness of God and the basic foundations of Islam.  This chapter is no exception.  Its title taken from the first verse proclaims that God is the Most High; He is above and beyond anything and everything else.  We know from authentic traditions and sayings that Prophet Muhammad, may the mercy and blessings of God be upon him, loved this chapter and was known to recite it often, particularly at Eid and during Friday prayers.  It is a chapter that offers Prophet Muhammad reassurance.  He is told that God will help him and that he is to strive ahead with his mission to spread the message.  Our essential verses begin at verse 9 and conclude at the end of the chapter at verse 19.

In verse 9 Prophet Muhammad is told to remind, if the reminder will be of use.  Reminders are useful and in every land and in every generation there are people who will listen to the reminder and take heed.  Even in societies that are corrupt and hardened some people will benefit from the warning.  The people who fear God and know that their actions have consequences will listen to the reminder.  Sometimes the reminder can be scary, but that will often cause a person to think more carefully about the life they live.  It might also cause them to look beyond the initial frightening aspects and see the compassion and mercy of God.  The message, the reminder, always contains an offer of forgiveness.

There is however another group of people that God calls "the wretched".  These people will turn their backs on the reminder and not benefit from the warning.  If a person does not listen to the reminder, he is indeed most unfortunate and is in fact casting himself into the Fire.  The one who turns away and does not listen to the warning has condemned himself to a life of constant worry.  He strives to obtain pleasures in this world whilst trying to ignore the reminder of what will come.   The outcome of such a life can only be the fires of Hell and the suffering therein is endless.

By contrast those who purify themselves by accepting the Oneness of God and casting aside polytheism will find success.  The prosperous person remembers God and obediently preforms the prayer.  This person glorifies the name of God and prays, and because of this he will have a successful outcome both in the Hereafter and in this worldly life.  In this life he will enjoy a relationship with God.  Thus, he will be pleased with his lot and be grateful to God.  By glorifying God, the Most High, in remembrance and in prayer he will feel content and secure.  This success will carry over into the afterlife where he will be rewarded for his efforts with a life of bliss.  This is a far cry from the end waiting for the wretched person who continuously turns away from the reminder.

God has given us a brief description of polar opposites.  There are those who hear the reminder and long for the rewards of the Hereafter; a blissful eternity basking in God’s love.  On the other hand, there are those who refuse to listen to the reminder and condemn themselves to the Fire.   One set of people are the most wretched the other set are the most God-fearing people.  God then goes on to extrapolate on the reasons for their wretchedness.  It is because they prefer the life of this world rather than the life of the Hereafter which is longer lasting and better.  The wretched are wholly lost in seeking ease and the pleasures the world has to offer.

The world is a transitory place.  It is little more than a rest stop on the way to life everlasting.  It is the short-sighted who prefer this world over what God offer’s the obedient person in the Hereafter.  Prophet Muhammad compared the life in this world to a traveler who takes a rest at midday under the shade of a tree.  After a short rest, he moves on.[1]  Umar ibn Abdul Aziz[2]  said the life of this world is not your permanent dwelling because God has decreed that it should perish and all its dwellers should leave it.  Many people chase after worldly benefits as if they are going to have an eternal life here.  They fear poverty as if there will not be a reckoning in the Hereafter.

When a person’s thoughts and endeavors are only for this world and its comforts, he deludes himself into thinking that what he gains here is a real gain and what he loses here is a real loss.  That most assuredly is not the case.  The glittering temptations of this world are the real reason for a person’s misery.  They are fleeting and baseless.  The successful life to come is better both in form and in duration; its comforts and pleasures are far superior to what is available in this brief and temporary world.  Those who listen to the reminder are like all human beings.  They enjoy the lawful pleasures of this world.   The difference between them and the ones God calls wretched is that they stay within the limits defined by God and do not compromise their Hereafter for the transient benefits of this life.

In the final two verses God points out that this message is not new.  The message, the reminder, goes far back in time.  It was part of the message given by all the Prophets of God.  It forms the basis of faith and it was outlined in the former scriptures of both Abraham and Moses.  There is only One God, He has no partners or equals.  Therefore, fear His punishment and hope for His eternal reward.

[2] Umar ibn Abdul  Aziz was an Umayyad caliph who ruled from 717 to 720 CE.  He is considered to be one of the finest rulers in Muslim history.