Chapter 2, Verse 177: The Verse of Righteousness

Description: God clearly explains what qualities must be present for a person to be considered righteous.

"Righteousness is not that you turn your faces toward the east or the west, but [true] righteousness is [in] one who believes in God, the Last Day, the angels, the Book, and the prophets and gives wealth, in spite of love for it, to relatives, orphans, the needy, the traveler, those who ask [for help], and for freeing slaves; [and who] establishes prayer and gives zakah (obligatory charity); [those who] fulfill their promise when they promise; and [those who] are patient in poverty and ailment and during battle.  Those are the ones who have been true, and it is those who are the righteous." (Quran 2:177) 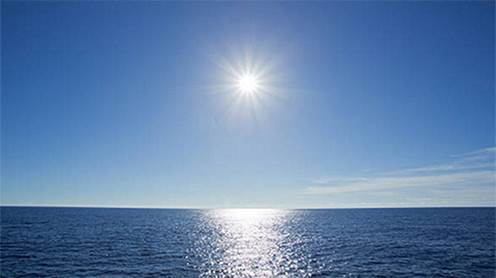 The essential verse known as the "verse of righteousness" occurs in the last third of the second chapter of the Quran, The Cow.  This is the longest chapter in the Quran and was revealed almost exclusively in Medina.  The Cow was revealed in small sections over a long period of time and covers a range of issues including but not limited to doctrines of faith and fundamental concepts.  This long verse contains great wisdom by explaining that performing religious rites with an outward show of piety without true faith and obedience to God is of little value.

The Arabic word for righteousness is birr and it has various levels of meaning.  It has been translated as righteousness, piety, virtue and charity.  Birr is derived from the root letters ba-ra-ra.  The word barr means land, and it is also derived from the same root letters. In the past when a person set sail he was uneasy due to the hazards involved and only felt safe when he at last returned to stable dry land.  Birr encompasses the inner satisfaction, pleasure and happiness a person feels when he does the right thing, when everything feels correct and at peace with itself and the surroundings.  Thus, in an Islamic sense, when a person does the right thing, obeys God and worships Him correctly, he feels satisfied, secure and happy.  Birr is righteousness; it is acting in a way that invokes this inner peace.  It is a firm set of beliefs and actions that will keep your life balanced and safe.

God begins the verse by saying it is not true righteousness that you turn your face to the east or the west, rather the quality of righteousness is found in the person who believes in God, the last Day, the angels, the Book and the prophets.  At first God commanded the Muslims to face Jerusalem when they prayed, that was to the east.  He later changed that to the Kaba in Mecca facing west.  This change was difficult for some people, thus God revealed that the direction is only important in that it fulfils a command made by God.  The direction itself is not important similar to how an outward appearance of piety is not important unless a person believes in all the commands of God.

God then mentions some fundamental beliefs and deeds that constitute righteousness.  He specifically mentions five of the six pillars of faith.  If a person is to have real righteousness the first requirement is for that person to have faith.   Belief or faith in God is the most fundamental belief in Islam and it is the basis for a moral upstanding life.  Belief in the Hereafter testifies to the fact that life has purpose and that the good and righteousness person will be rewarded.  Belief in the angels confirms a belief in a world where some things are beyond human perception and belief in the Quran means you attest to the truth and integrity of all the revealed books.  The prophets and messengers of God were the models of real righteousness and piety, and belief in them is essential to cultivate our own righteousness.

A truly righteous person gives charity from his wealth, despite his love for the good things he owns and regardless of how much he is in need of it.  Prophet Muhammad (may the mercy and blessings of God be upon him) said[1] that the best charity is that which you give away while you are still healthy and thrifty, hoping to get rich and fearing poverty.  A person should not wait until death is imminent and then dole out his charity, some for this one and some for that one.  He should instead give freely from the things that he loves.

Righteousness requires implementation and according to this verse, a sign of righteousness is demonstrating kindness and mercy towards our fellow human beings.  The righteous give from their wealth to their kinfolk, even though people are often reluctant to help those closest to them, preferring to give to some well-known charity or organization.  We should give generously to the poor and the orphans.  A measure of a society is how it treats its most vulnerable members.[2]  The charity of the righteous should also go to the traveler in need and to those who need help and to set slaves free.

The next step in the quest for righteousness involves performing the prayer and paying the obligatory charity.  These are both commandments from God and two of the pillars of Islam.  It is not enough to do one without the other.  The person who prays yet does not give the obligatory charity or vice versa, is not one who is firmly on the path to righteousness and a happy Hereafter.  Prayer is more than a sequence of movements and there is more to it then facing right and then left.  It is an act of complete submission to the will of God.  Payment of the obligatory charity is a religious duty and a redistribution of wealth.

Another aspect of righteousness includes fulfilling contracts and pledges.  Abiding by contracts entered into and fulfilling promises is part of leading an Islamic life.  A Muslim is true to his or her word in all dealings such as buying and selling, leasing, renting, partnership deals, and marriage contracts.  This includes the promises made to God and those made to fellow human beings.  A righteous person is also patient; it is one of the most important qualities of a believer.  This verse specifies patience when one is faced with poverty or sickness and in the time of battle.   Living life according to Islam gives the believer leverage when it comes to the struggles that could in other circumstances bring them down.  Patience and endurance will overcome calamity, hardship, conflict and danger.

The verse concludes by saying that these qualities outlined belong to the people of truth.  To earn this title they have proven themselves capable of turning faith and righteousness into a practical way of life.  They fear God’s punishment yet hope in His mercy because they are conscious of God in all that they do and conscientious while fulfilling their obligations towards Him.

islam is a religion of peace