Description: Three verses that explain clearly what will happen if we worship something other than God.

"And [yet], among the people are those who take other than Allah as equals [to Him].  They love them as they [should] love Allah.  But those who believe are stronger in love for Allah.  If only, those who are unjust could visualize [the Day of Judgement] when they will see punishment, [they would come to know] for sure that all power belongs to Allah and that Allah is stern in retribution.  On that Day, those leaders who were being followed, when faced with their punishment, will renounce those who followed them and the bonds which united them will break asunder.  The followers will say, "If it could be possible for us to live again, we would renounce them as they have renounced us today." Thus, God will show them the fruits of their deeds.  They will sigh with regret, and shall not be able to come out of the Hellfire." [Quran 165-167] 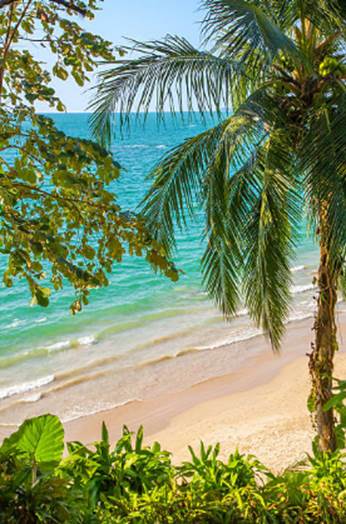 The three essential verses we are discussing here come from the middle portion of Chapter 2, The Cow (Al-Baqarah).  This chapter of 286 verses is the longest in the Quran and was revealed in Medina.  After the migration to Medina the Muslims began to focus on building a community and thus the chapters revealed there tended to focus on rules.  However, The Cow was revealed over a long period of time and its subject matter covers a range of issues including doctrines of faith and fundamental concepts.  These three verses are considered essential because they reveal a bitter end for those who choose to worship something other than God.

In the verse previous to these verses, God describes a number of His blessings, particularly those blessings that come from the wonders of the universe.  He then begins our essential verses by expressing incredulity in the fact that even though humankind knows and has experience of these things, there are still some people who make a conscious choice to worship other than Him (God).  They love these statues or idols or people or things with a commitment that belongs only to God and this is not rational.  God has given humankind a myriad of signs, signs that suit all forms of logic and the different needs of human beings.   However, instead of coming to the most logical conclusion, some people choose to worship stones or statues or trees or stars.  Worship is due to God alone.  Being devoted to something other than Him is a dangerous pastime.

True believers are those who take God as their only deity and love Him above everything else.   They obey Him, are fearful of His punishment and hope for His mercy and forgiveness.  They are the ones who will be successful.

If the ones who are unjust to God, that is do not fulfil His right to be worshipped Alone, could see what was going to happen to them on the Day of Judgement they would have no doubt that God is  the Most Powerful and that He is stern in His retribution.

On the Day of Judgment, those so-called religious leaders will disassociate themselves from their gullible followers who fell easy prey to their deception.  On that fateful Day those who were followed will admit to their followers that they were themselves astray.  In addition to this, Satan himself will denounce his followers and declare his belief in God.  I had no authority over you he will say, you chose to follow me.[2] Any bonds that existed between the followed and the followers will be broken, cast asunder in the face of what they finally understand.

The followers will beg for a chance to return to their former lives.  They will long to be able to renounce all the things they worshipped instead of God but alas it will be far too late.  God will show them their deeds and the fruits of their labours and they will realize that they will never be able to emerge from Hell.  They will regret not listening to the words of the messengers and prophets that were sent amongst them.  Many will regret not listening to the words of Prophet Muhammad and not taking the verses of the Quran seriously.  Those who mocked the verses will long to hear them recited and long for a chance to listen to them and repent.  But it will not be granted to them.

The most fundamental belief in Islam is the belief in One God.  It forms the basis of Islam and is mentioned over and over again throughout the verses of Quran.  Humans were not created except that they should worship God.[3] Thus it seems only logical that giving worship or obedience to something other than God is a great sin; one that cannot be forgiven.  If a person dies without having repented from this most grievous sin, their Hereafter will be one of punishment and Hellfire.  These three essential verses stress the importance of staying away from polytheism.  Prophet Muhammad said that whoever died while claiming that God had a rival will enter Hell.[4]

May Allah guid all of mankind to the truth.and s