Description: A discussion about belief, the People of the Scripture and their desires and wrongdoing, the hypocrites and closing paragraph about inheritance.

Verses 105- 126 Wrongdoers only harm themselves 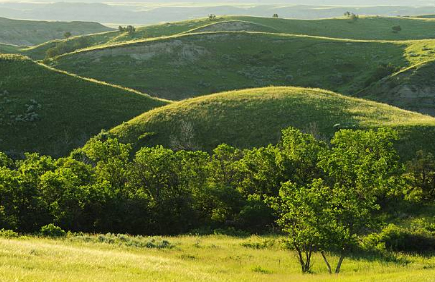 The Quran was revealed to you Muhammad, may the mercy and blessings of God be upon him, so that you may judge between people according to God’s will.  God is forgiving and merciful but do not argue for those who deceive themselves.  God does not love the treacherous or sinful.  They can conceal their true selves from the people but not from God.  Those who argue for them in this life will find that no one will argue for them on the Day of Resurrection.  Anyone who disobeys God can ask for forgiveness and they will find that God is merciful.  Those who sin only harm themselves, but those who sin and try to blame others add the sin of slander to their burdens.

When a group of people tried to lead Prophet Muhammad astray God saved him.   They did nothing but lead themselves astray.   They are unable to harm the Prophet.  God revealed the Book and wisdom to Prophet Muhammad; it taught him things he did not previously know.  They talk in secret but nothing good comes from their secret talks unless it is about charity, kindness or reconciliation.  If any oppose Prophet Muhammad after they have understood and chosen to follow the guidance, then they will be driven into Hell.  God will not forgive anyone who associates anything with Him but He will forgive any lessor sin.

There are some people who call on female deities; that is nothing but following the cursed Satan.  For these people there is no escape from Hell.  Those who believe and do good deeds will find their eternal reward in gardens under which rivers flow.  It is a truthful promise.  The final abode will not be according to your desires nor will it be according to the desires of the People of the Book.  The believers who are righteous will be rewarded.  There is no one better than the person who submits to God and follows the religion of Abraham.  God was a friend to Abraham.  Everything in the heavens and the earth belongs to God.

When they ask you (Prophet Muhammad) about women, tell them that God’s rulings concerning their rights are in the Book (Quran).  If a women fears cruelty or alienation from her husband they should seek a peaceful compromise.  Be fair in your dealings; God watches you.  You can never be completely fair between wives but you should try to be.  Do not ignore one wife so that the other feels as if she is neither married nor divorced.  If you do divorce God will provide for both parties.

Everything in the heavens and the earth belongs to God and the believers are instructed to fear God.  The People of the Scripture were also instructed to fear God.  If God wanted to He could destroy all of humankind and replace them with others.  The rewards in this world and the next are God’s to distribute as He sees fit.  Believers; stand firmly for justice and be true witnesses even if it is against yourselves or your relatives.  Do not follow your personal desires.

Oh you who believe, confirm your faith in God, His Messenger, His Book and all the previously revealed books.  If you do not believe in God, His angels, His scriptures, His messengers and the Last Day then you have gone completely off course.  And if you believe and then disbelieve over and over God will not forgive you or guide you back to the straight path.  Tell the hypocrites that there is a painful punishment awaiting them.  Do they ally themselves with the disbelievers to seek power? All the power is with God.  If you hear people denying or ridiculing God’s revelations then you must leave their company until the conversation changes.  Hell is where the hypocrites and disbelievers will be gathered; you do not want to be amongst them.

The hypocrites change sides, always trying to appear to be looking after the believers.  They even try to deceive God but He will be the Judge.  At prayer time they are either lazy or showing off.   They spend very little time remembering God.  Do not take them as your friends and allies.  They will be in the lowest part of the Hellfire.  However, if they repent, they will be believers and will be granted the mighty reward due to the believers.  God does not punish the grateful.

Do not publicly speak evil words unless you are truly wronged.  Do not taunt people for what they did in the past.  God is able to extract retribution but He is also the Pardoner.  You cannot take some of the guidance but reject other parts.  It will result in a humiliating punishment.   A reward is due to those who believe in God and His messengers and do not make a distinction between any of the messengers.

The People of the Scripture (Jews) ask you (Prophet Muhammad) to bring a book from heaven for them.  They were even harder on Musa.   They wanted to see God and were struck by a thunderbolt for their wickedness.  Even after they worshipped the calf God forgave them.   God took a covenant from them but they broke their commitments.  God sealed their hearts.   They slander Maryam, the mother of Jesus, and brag about killing Jesus.  They most certainly did not kill him, God raised him up.  Because of their continual wrongdoing certain things were made unlawful for them.  Those among them who reject faith will have a painful punishment.  Those who believe and do righteous works will have a great reward.

Revelation was sent to Muhammad and all the prophets, David received the Psalms, and Musa spoke directly to God.  Some messengers you know about, others you do not, but they all brought good news and a warning.  You may choose to believe or not, but those who hinder others from belief have certainly strayed far away.  Believe in the truth for your own benefit.  People of the Scripture, tell the truth about God.  Jesus was a messenger; abandon the Trinitarian doctrine because God is Only One.  He does not need a son.  Jesus and the angels never scorn worshipping God.  Those who disdain His worship or are arrogant will have an agonising torment with no one other than God to protect them.  Convincing truth in the form of the Quran has come to you; hold fast to God and He will show you the way.

They ask you for a ruling on the inheritance of a person with neither descendants nor ascendants.  In such cases, a sister inherits half her brother’s estate; a brother inherits all his sisters’ estate.  If there are two sisters or more, they inherit two-thirds of the estate.  And if there are both brothers and sisters, the male inherits twice the share of the female.  This is made clear so that you do not make mistakes.  Remember that God knows everything.