Description: Part two begins and finishes with some rules about prayer, and includes a discussion about those whom God cursed, the importance of obeying Prophet Muhammad and some verses about emigration. 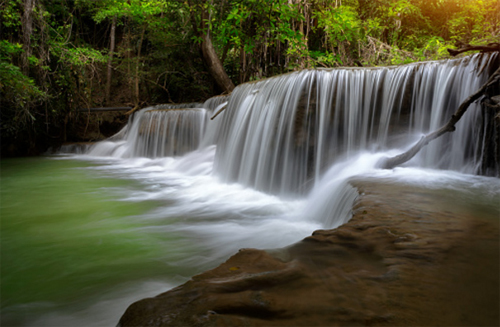 Oh you who believe do not prayer while you are intoxicated; wait until you know what you are saying (this injunction was later followed with the complete prohibition of alcohol). Likewise, do not pray when you are in a state of impurity until you have taken a complete bath. If you cannot find water to perform ablution before prayer then find clean earth and wipe your faces and hands with it. Those who were given some of the Scripture used it for misguidance and they want you to do the same. God knows your enemies well. Some Jews take the words out of context. God cursed them.

The People of the Book (Jews and Christians) should believe in this Quran, it confirms their books. God does not forgive those who associate others with Him; it is a huge sin. Inventing lies about God is a sin. Those who were given part of the Scripture now believe in idols. God cursed them for that and they will never find a helper. They are not more rightly guided than the believers; God has rejected them. If they were given a share of the kingdom they would not share it. The Jews envy Prophet Muhammad, many the mercy and blessings of God be upon him, and his followers for what God has given them but they should remember that they are also from the family of Abraham whom God favoured with the Book, wisdom and a great kingdom (i.e. there is no reason to feel jealous since both the Israelites and Ishmaelites are the offsprings of Abraham). Hell is enough to burn those who turned away. Those who disbelieve in the verses will be herded into the Fire; those who believe will be led into gardens under which rivers flow. They will find there purified spouses and cool refreshing shade.

God’s excellent instructions include returning the things entrusted to you and judging fairly, if you are called upon to do so. Obey God, His messenger and those in authority. If there is a dispute refer it to God and His messenger because that is better and will give the best result. Some people claim to believe yet still want to turn to unjust tyrants for judgment. They are hypocrites that turn away. They will return trying to bring about reconciliation but God knows what is really in their hearts. However you must speak to them, instruct them and try to penetrate their hearts.

Messengers were meant to be obeyed. When they wronged themselves, they should have come to you (Prophet Muhammad) and they would have found God’s forgiveness. But no, they will not truly believe until they make you the judge over their disputes. They should have done what they were instructed to do and they would have got a great reward. Whoever obeys God and His messenger will be with the ones on whom God has bestowed His favour. That is a bounty from God.

Be careful, believers. When you go to battle go in small groups or all together. There are people among you who will lag behind to avoid battle but if you are successful they will pretend regret. Those who are killed or victorious in God’s cause will get a great reward. Fight in God’s cause. Rescue those who cry out for God’s help. Those who believe fight for God and those who disbelieve become the allies of Satan. Have you seen those who fear men as they fear God? The life of this world is brief and the Hereafter is eternal. Death will find you no matter where you are.  When good comes they acknowledge God but when they suffer evil or loss they blame Prophet Muhammad. What is the matter with them? All things are from God. If you obey Prophet Muhammad you obey God. God has not sent you to be their keeper; they obey you when in your presence but when your back is turned they plot against you. God knows, so trust Him and that is sufficient.

Why don’t they think about the Quran? It answers their questions just as Prophet Muhammad could have answered them. If it was not for God’s bounty and mercy everyone would serve Satan. So Prophet Muhammad, fight in God’s cause because you are only responsible for yourself. Urge the believers to fight because God might allow you all to overcome the disbelievers. Whoever speaks for a good cause will share in the reward and whoever speaks for a bad cause will share its burden. Respond to greetings with its equivalent or with something better. God keeps account of everything; there is no God but Him. You will surely be called to account on the Day of Resurrection.

Verses 88 –100 About fighting and emigration

What is wrong with you? Why are you divided about what to do about the hypocrites? You cannot guide those God has left to stray. They want you to reject faith and be like them so do not take friends from among them until they have immigrated to Medina for the sake of God. If they turn on you aggressively then kill them. A believer must not kill another believer except by mistake. And if someone makes this mistake they must free a slave and offer compensation. The compensation can be waived as a charitable act. If the victim was at war with you, but a believer, then the compensation is to free a slave. If the victim was part of a group with whom you have a treaty then a slave must be freed and compensation paid and if you are unable to do this then fast for two consecutive months. The punishment for killing a believer intentionally is Hell. Be careful! Do not kill someone who offers you a greeting of peace; do not call him a non-believer.

Those believers who stay behind (except those who are unable to fight) are not equal to those who strive in God’s cause. Those who strive are offered a higher rank though there is a good position for all.  When the angels take the souls of those who have wronged themselves there are some that say they were oppressed. The angels will ask if the earth was not big enough for them to find refuge in.  There only refuge is Hell, except for those who were prevented by circumstances beyond their control. God might pardon them. He is All-forgiving. If someone who emigrates for God’s sake dies, he is assured of a great reward.

When you travel you are permitted to shorten the prayer. When in battle, pray in ranks one at a time, one group guarding the other. You can lay aside your arms during heavy rain or illness but be careful. After prayer remember God, standing, sitting or lying on your sides.  When you are secure you must re-establish the regular prayers. Do not weaken, if you are suffering so too is the enemy but you can expect help from God but they cannot.

nice article masya Allah, believers must fight against syaiton as a moslem we must do good deed all the time and strive for islam