Description: Laws regarding inheritance and marriage concluding with a list of instructions for those who wish to enter Paradise. 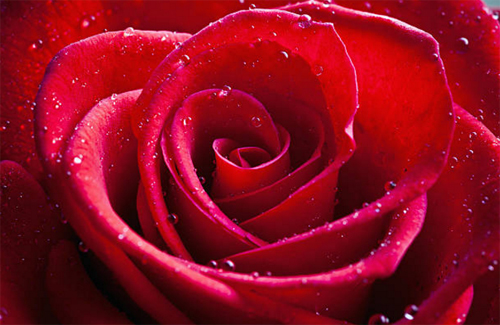 This chapter is named for the many references throughout the chapter to women.  It is 176 verses long and was revealed in Medina.  When the Muslims migrated to Medina they were no longer a persecuted minority.  Medina became an established Muslim community with Prophet Muhammad, may the mercy and blessings of God be upon him, as its leader.   Laws were being introduced to the fledgling community with regard to women, marriage, commerce, finance, international relations, property and inheritance.  There were also tensions between the Muslim community and some of the People of the Book and all these themes and subjects are covered.

Fear God who created all of humankind from one soul (Adam).   Fear God, in whose name you request favours and demand rights.  Beware of severing ties with those to whom you are related.  Give the orphans in your care their rights.  Do not marry the orphan girls to take their property and possessions.  God has allowed you to marry up to four women that are legally available to you.  However if you feel you cannot treat all your wives justly then marry only one.  When you marry make sure to give the bridal gift agreed upon, however if your wife consents to give up some of what is owed to her you may accept that with a clear conscience.  Do not trust your property to those not equipped to look after it.  If you are in charge of someone else’s property, return it to them when they come of age.  Be fair when you return the property because God will ask you to account for every little thing.  For men and for women is an obligatory share of what their parents and close relatives leave.  Be kind and provide something to other relatives, orphans and the needy if they are present when the inheritance is distributed.  The executors and guardians must be just.  Those who take property unjustly will be burned in the Hellfire.

God’s instructions concerning the inheritance of your children are that the males share will be equal to that of two females.  If there are two daughters their share is two thirds of the estate.  If there is only one daughter her share is half.  If there are children then the parents get one sixth of the estate each; if there are no children and the parents are the only heirs then one third goes to the mother.  Debts take precedence over a bequest and bequests may not be given to those who inherit by law.  A man inherit half of his wife’s estate if they have no children but if they have a child he inherits a fourth.  Wives will inherit a fourth of their husband’s estate if they have no children but if they do they will inherit an eighth.  If there are no parents or children a single sibling inherits a sixth of the estate but if there is more than one sibling they share a third.  These are the rules set by God and those who obey Him and Prophet Muhammad will be admitted to gardens under which rivers flow, but those who disobey will abide in the Fire.

If women are guilty of unlawful sexual intercourse there must be four witnesses against them.  Their punishment is to be confined to their houses for life.  This was until further directives were to be revealed.  Punish men and women who are guilty of this offense but when they repent leave them alone.  Accepted repentance is only for those who sin in ignorance or carelessness and then repent; repentance is accepted until the soul reaches the throat at the time of death.  There is no repentance for those who persist in their sins and repent only when faced with certain death or for those who die as disbelievers.  They will have a painful punishment.

For those who believe, a deceased man’s relatives have no rights of marriage or otherwise over his widow.  Treat your wives fairly and do not try to take back the bridal gift you gave them.  Treat them kindly even if you dislike something about them. If you want to replace one wife with another do not take back anything you have given them even if it was a large amount.  Do not marry women who have been married to your fathers.

These are the women prohibited to you in marriage; your mothers, daughters, and sisters, your father's sisters, your mother's sisters, your brother's and sister’s daughters, the women who nursed you and your sisters through nursing plus your wives' mothers, and your step-daughters.   Also prohibited to you are the wives of your sons and marrying two sisters simultaneously.  All married women are prohibited to you (except slaves) but all other women are lawful for you to marry.  If you do not have the means to marry free believing women, you are allowed to marry slaves who are believers.  Give them their bridal gift and treat them justly and fairly.  If the slave you marry commits adultery, her punishment should be half that of a free unmarried woman.  God makes it easy for you to see the difference between what is lawful and what is unlawful.   He wants to lighten your burden and turn to you in mercy.

Do not consume one another’s wealth under false pretences and do not kill each other.  Avoid the great sins and the minor misdeeds will be wiped out.  Do not covet what God has given to others but instead ask God for some of His bounty.  Men and women will be rewarded according to their deeds.  Follow the inheritance laws correctly.

Men are in charge of women and righteous women are obedient to their husband.  If a wife is disobedient she must be admonished, left to sleep alone and as a final resort you are permitted to strike her without leaving marks or causing injury.   If they obey you have no right to punish them.   If there is fear that a marriage might break down then get help with arbitration from both families.  If the couple wish to remain together then God will find a way for that to happen.

Serve God; do not associate anything with Him.  Be good to your parents and relatives, the needy, and the neighbours both near and far, your companions, travellers in need and slaves.  God does not love those who are arrogant, boastful, and stingy or who encourage others to be stingy.  God also does not like those who spend their money to show off, or those who do not believe in the Last Day and those who choose Satan as their companion.  Believing in God and the Last Day, and spending in charity would not have harmed them.  God does not harm anyone.  Good deeds are increased.  Witnesses will come and those who disbelieved and disobeyed will wish they had not because nothing is hidden from God.

In the year of 2017. People around me suddenly begin to hang out with velvet dress long sleeve. I'm feeling curious and suspicion at the moment: "Is this a thing now?" And here's my thoughts after research and the dress that I bought.