Chapter 37, As-Saffat (Those Ranged in Rows)

Description: Chapter 37 can be divided into three parts.  The first gives evidence for monotheism and the Resurrection.  The second gives short accounts of the Prophets from the past whilst the third part refutes superstitious beliefs. 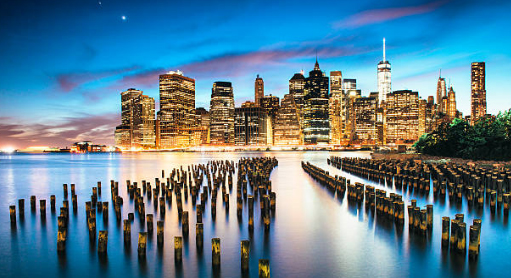 Those Ranged in Rows was revealed in Mecca.  Those chapters revealed before the migration to Medina tended to concentrate on monotheism; the Oneness of God.  This one is no exception and thus establishing a firm faith is its aim.  In 182 short verses this chapter also covers other issues; it affirms the Prophethood of Muhammad, may the mercy and blessings of God be upon him, and refutes pagan beliefs.

Three groups are mentioned in the form of an oath confirming God’s Oneness.  The first are angels standing in rows, the second are the angels that reprimand and thirdly those angels that recite God’s words.  God then mentions something about Himself that attests to His Oneness that He is the Lord of the heavens and the earth, and all that is in-between including every point from which the sun rises.  God has fortified the sky closest to the earth with celestial bodies that guard against the devils who try to eavesdrop on the conversations of the angels.  They are attacked from all sides with flaming meteors.

The Prophet is then instructed to question the disbelievers of Mecca about whether they considered their own creation to be more difficult or the creation of the heavens, earth and all creation in the universe.  The Prophet marvels that humankind was made from clay but the disbelievers mock and call him a sorcerer, once again denying the Resurrection.  It is an undeniable fact that after just one shout they will be resurrected on the Day of Judgment.

The angels are ordered to gather the disbelievers and wrongdoers together and drive them towards Hell.  Along the way they will be questioned about why they did not help each other towards the truth.  The disbelievers will accuse their deities who are also being ushered along but they will deny any power over the disbelievers.  It does not matter because on this day they will be partners in the punishment meted out.  They denied God and the message and will get what they deserve.

The happiness and bliss that God’s true servants will experience in the gardens of delight is described, including flowing rivers of wine and beautiful companions.  The inhabitants of Paradise will converse with each other.  One person will ask about a friend who did not believe and will be able to see him in the midst of the Fire.  Then they will realize how blessed they are for they have achieved the supreme triumph.   This should be everyone’s goal.

To contrast the difference between Paradise and Hell, God asks what is better this (the Gardens of Delight) or the Zaqqum tree? This tree growing devils’ heads in the midst of the Fire will be the food of those in Hell together with scalding water to drink.  The disbelievers made fun of a tree growing in a fire but it will become their reality because they followed their forefathers into disbelief even though they were warned.  Listen to what happened to those before you.

Prophet Noah is given as an example of how well God rewards the righteous.   Noah was a believer and God saved him and his people from great distress.  The non-believers were warned but they made the wrong choice, then they were drowned.  Prophet Abraham was also a man of faith, devoted to God.  He asked his father and his people why they worshipped false gods.  When his people were going for the festival, Abraham said he felt ill and stayed behind.  He went to their temple and asked the carved gods questions, why do you not eat why do you not speak.  They did not reply so he pushed them over.  Abraham’s people were angry and intended to burn him in fire but God had a different plan and kept him safe.

Prophet Abraham left trusting God to guide him to a better place.  He asked for more, a righteous son which God provided.  When the boy (Ishmael) was old enough to work with his father, Abraham had a troubling dream in which he was called upon to sacrifice Ishmael.  He told Ishmael and they both were willing to submit to God’s will.  Abraham put Ishmael upon the stone but God called out for him to stop.  It was a test and Abraham passed it due to his complete submission to God’s command.  Abraham is remembered by the following generations as a righteous man.  He was given news of another righteous son called Isaac.  Among their descendants were the righteous but also those who wronged themselves.

God also favoured and supported Prophet Moses and his brother Aaron.  They too were delivered from distress and guided on the straight path.  God gave them the Torah.  Prophet Elias was one of those devoted to God.  He questioned his people about the false god Ba’l but they ignored him and faced the consequences.  Lot was another Prophet who was delivered from harm along with his whole family, except his wife; she was left to face the punishment with the wrongdoers.  Their city is a constant reminder but many people do not take heed.

In the next scene is Prophet Jonah.  He fled from his disbelieving people to an overloaded ship where they drew lots in order to stay on board.  Being swallowed by a whale was his just punishment but he was delivered from harm because he had been one of God’s devoted believers.  He was cast ashore and God protected him from the elements and a serious illness.  God then provided him with a large nation who believed in him and they were permitted to live out their lives.

Many people from Mecca claimed that the angels were the daughters of God.  God refutes this superstition.  Next they claim that God is kin to the jinn.  How could this be possible when the jinn themselves have to appear before God and account for their deeds?  God is far above these superstitions and only those destined for the Hellfire would believe such things.

The angels are ranged in ranks and glorify God.  Previously the disbelievers asked for a Messenger and said they would follow the guidance, yet when the best Messenger and the best revelation are sent to them they resort to disbelief.  But they will come to know and understand.  God assures Prophet Muhammad that he will see their downfall as sure as they will see his victory.  God is far above what they attribute to Him.  The chapter closes with a blessing on God’s Messengers and declares that all praise is for God.