Description: Prophet Muhammad warns us with the truth and God’s promises are real. 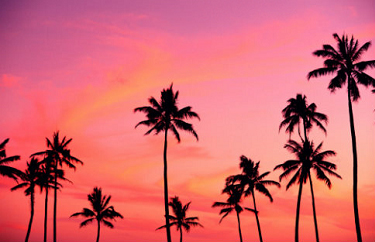 God directs Prophet Muhammad, may the mercy and blessings of God be upon him.  Tell the believers to speak in the best way and remind them that Satan is their sworn enemy.  God knows everything about them and will be merciful or punish them according to His will.  Prophet Muhammad is not supposed to be in charge of everybody.  Some Prophets were given more than others.  Prophet David was given the book of Psalms.  The deities the unbelievers call upon have no power whatsoever to help or remove harm.  Have hope in His Mercy and fear His punishment, for it is terrible indeed.  There is no community of evildoers that will not be destroyed or severely punished before the Day of Resurrection.

God does not send signs for those who demand them because previously His signs were denied.  The people of Thamud were given the she-camel but they mistreated her.  God made the Night Journey and the accursed tree mentioned in the Quran as tests.  Humankind is warned but it does nothing except increase their transgressions.

Remember and mention the time when God told the angels to prostrate before Adam.  They all obeyed except Iblees.[1]  He was arrogant and asked why he should worship someone made from clay.  Iblees said that if God delayed his death until the Day of Resurrection he would lead most of the descendants of Adam astray.  God told him to go away because Hell would be the reward for him and any that follow him.  Iblees was told to do whatever he could to tempt and destroy humankind but to be aware that he would never have power over the true believers.

It is God who allows humankind to sail ships across the ocean in order to seek their bounty.  And when adversity strikes, whatever they worship besides God disappears from their hearts and minds and they call only Him for help.  And when God brings them safely to land, they turn their backs on Him.  Humankind is ungrateful; what makes them so sure that they will not fall victim to natural disasters? Who do you think protects you? Humankind has been honoured and favoured above many of God’s creations.

On the Day of Resurrection, when every community is gathered with their leader, those who receive their book in their right hand will read it with pleasure.   Those who pretended to be blind to the Hereafter will be worse than blind in the Hereafter.   People tried to entice Prophet Muhammad to fabricate revelations but God strengthened his heart.  If he had inclined even a little towards them, he would have received a double punishment in this life and in the Hereafter.  It was that way with all the Messengers.  So establish the prayer from when the sun is at its zenith until the darkness of the night (four obligatory prayers fall during this time) and recite the Quran at the time of the Morning Prayer.  The recitation at the time of dawn is always witnessed by the angels.  Truth has come and falsehood has departed.   The Quran was sent as a healing and a mercy for the believers but the disbelievers gain nothing from it except loss.  Humankind can be strange; when God bestows favours upon him, he turns away instead of coming towards Him, and then when things go wrong he falls into despair.  Everyone does things in their own way but God knows who is following the best way.

If people ask about the soul, Prophet Muhammad must say that is the concern of God and that we (humankind) have been given very little knowledge about it.  If God wanted He could take away that which has been revealed and then humankind would never be able to get it back.  The revelations are a mercy.  Even if all of humankind and the jinn came together they could not produce anything like the Quran no matter how much they helped each other.  The Quran is full of different examples to help people understand the message but still most people persist in their disbelief.

Many say to Prophet Muhammad that they will not believe until he performs miracles to their demands such as making water rush from the ground or causing rivers to appear in gardens or making pieces of the sky fall down or bringing God and the angels down in front of them.  Even then, they say, we will not believe in your ascension[2] unless you bring down for us a book that we can read.  God says to tell them that you (Prophet Muhammad) have never claimed to be anything other than a human being with a message.

They didn’t believe because they queried why God would send a human being.   Thus they should be told that if there had been angels walking about on earth then an angel would have been sent.  God is witness to what we say to each other and He knows and understands everybody well.

Anyone guided by God is truly guided but the ones He leads astray will never find a protector.  On the Day of Resurrection the disbelievers will be gathered together.  They will be lying on their faces blind, dumb and deaf.  Their home will be Hell and if ever the fire dies down it will be made to blaze fiercely again.  This is their reward for rejecting the revelations.  They would not believe that God could raise them again from dust and bones but of course the One who created them in the first place can do it a second time.  There is a written time for their lives to end yet the wrongdoers refuse to do anything about it except continue in their disbelief.  If humankind was in charge of God’s mercy he would withhold it because human beings have always been stingy.

Prophet Moses was sent nine clear signs but Pharaoh believed it was magic.   When Moses told him he was doomed, Pharaoh intended to drive him and the Israelites off the face of the earth.  God drowned Pharaoh and those with him.  The Children of Israel were told to settle down and when the appointment of the Hereafter comes they will all be resurrected in one gathering.

The truth has been sent down in the form of the Quran.   Prophet Muhammad was sent only as a bearer of good news that comes with a warning.  The Quran has been sent down little by little and the righteous people who were given knowledge before the Quran recognise the truth of it and weep falling down in prostration.  Tell them to call on God by his best names.   Do not speak too loudly nor too softly, but seek a middle way.  Praise God, the One with no son or partner.  He has no need of protection, so glorify Him greatly.

[1] Satan - one of the jinn worshipping amongst the angels.

[2] Prophet Muhammad’s assent to heaven in the Night Journey.