Description: More stories and lessons for those who ponder. 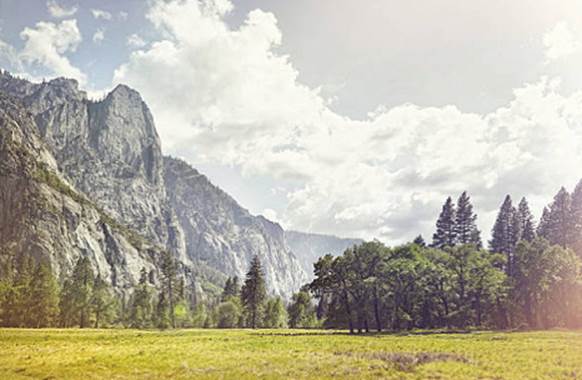 And give them an example.  The life of this world is like vegetation that flourishes but then dries up and withers away, blown in the wind.  Here one day gone the next.  Your wealth and your children are only adornments in this life, but your good deeds hold the promise of everlasting reward.  A day will come when the earth will be flat and bare and all humankind will be gathered together.  They will stand in rows before God and their book of deeds will be held out to them.  Some people will be in great terror for nothing is missing from their records.

Remind the people about when the angels prostrated to Adam.  Iblees (Satan, one of the jinn) was amongst them and he refused.  Taking Satan and his offspring as Masters would be a grave mistake.  Be warned that anything that you declare as an offspring of or partner to God will not respond to you on the Day of Judgement.  The wrongdoers will see the Fire and realise what is going to happen.  There is no escape.

Quran is full of examples to make people understand, but humankind is quarrelsome.   Guidance has come and nothing prevents you from believing.  The messengers are sent to bring good tidings and to warn the people, yet there are those who make fun and ridicule these warnings.  There is no one more unjust than the one who is reminded of the verses, proofs and lessons sent by His Lord but turns away from them and forgets the evil he has done.  They will have veils cast over their hearts and their ears are deaf.  There is an appointed time for their punishment.

Moses said that he would never give up travelling until he reached the appointed place but he and his servant boy forgot about the fish and missed the junction.  The place where the fish was forgotten was the appointed place, so they turned back and there was the man they were looking for, Khidr.  He was very knowledgeable and Moses hoped to learn from him but Khidr expressed doubts that Moses would have the patience he needed.

They set off in a boat but Khidr made a hole in the boat.  Moses forgot his promise not to question Khidr about his actions.  They travelled on until they met a boy and Khidr killed him.  Again Moses questioned him as to why he kill an innocent child.  Khidr reminded him of his promise not to question anything.  They travelled on until they came to a town where they asked for food but the townspeople refused to help or feed them.  Nevertheless Khidr and Moses repaired a wall that was falling down.  Moses told Khidr that he could have asked for payment for the work, to which Khidr replied that this was the end of their time together.

Before Moses left, Khidr explained to him the reasons behind his actions.  The boat belonged to poor people.  There was a King who was seizing every boat; if their boat was defective they would be able to keep it and repair it.  The boy’s parents were true believers and he would have grown up to incite them to wickedness and disbelief.  God planned to replace him with a better and purer child.  The wall belonged to two orphans and there was buried treasure underneath it.  Their father had been a righteous man, so God intended that the treasure remain buried, safe from the orphan’s caregivers until they reached maturity.  Khidr said he did not do these things of his own accord, he was following God’s plan.

Prophet Muhammad, may the mercy and blessings of God be upon him, is told that when the people ask about Dhul Qarnayn[1], he should tell them about him.  He had been given power and the means to achieve many great things.  Once on an expedition he came across a group of people.  God told him to either punish them or show kindness to them.  Dhul Qarnayn chose to punish the ones who had done evil and noted that they would also be punished a second time by God.  He spoke gently to the ones who were not doing evil.

Then he set out on another expedition.   He came upon another group of people for whom God had not provided any shelter.  And so it was; he travelled on until he came to a point between two mountains.   Dhul Qarnayn could barely communicate with the people there.  The people managed to ask him if they could pay him to build a wall.  The wall was to keep out Gog and Magog who were destroying their land.  Dhul Qarnayn said that what God provided him with was better than any tribute they could pay him but if they provided him with men to help he could put up a fortification.

They filled the gap between the mountains with iron and poured molten copper over it.  Gog and Magog could not scale it or tunnel through it.  This is a mercy from God, Dhul Qarnayn said, but one day God will flatten it to the ground, this is a promise from God.  Know that on that day the two parties, (Gog and Magog) will surge against each other like waves.  This is one of the signs that the Day of Resurrection is near.  On Judgment Day, Hell will be shown to the disbelievers, because they thought they could take God’s servants as their Masters.  They will rest in Hell.

Prophet Muhammad is told to tell the people that the person who loses the most, by his or her actions, is the one whose efforts are lost even though they think they are doing well.  These people disbelieve in God’s verses and signs, and deny that they will ever come face to face with Him.  This disbelief renders their deeds worthless.  All they will gain is Hell.  On the other hand, those who believe and do good deeds will find themselves in the gardens of Paradise, where they will live forever and never have any desire to leave.

If all the oceans were ink for writing, the ink would run dry before the words of God’s attributes, grandeur, and knowledge were exhausted.   Even if another amount of ink just like it were to be added it would not be enough.  Prophet Muhammad is told to say that he is just a human being, the same as everyone else, and it has been revealed to him that the Lord God is One.  Everyone amongst the people who fears their meeting with God should do good deeds and never let anyone else or anything share in the worship that is due to God alone.

[1] Some scholars believe this to be Alexander the Great however Quran does not reveal his identity.