Smiling, Anger and Mindfulness in Islam and their Connection to 21st Century Neuroscience (part 2 of 3): Control your Anger

Description: Twenty-first century studies and research confirm Prophet Muhammad’s advice that it is beneficial to control your anger. 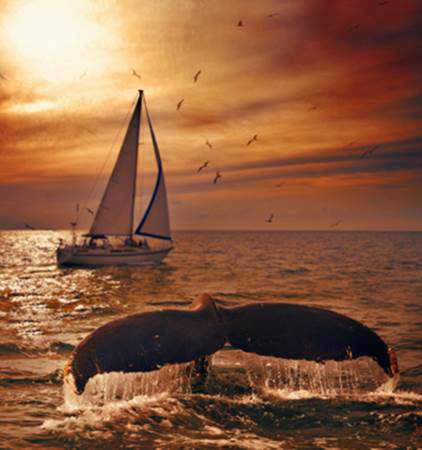 It has long been understood that the Quran and the authentic traditions of Prophet Muhammad, may the mercy and blessings of God be upon him, often have scientific explanations.  These facts become even more apparent and fascinating when we look at some of the traditions we practice in the light of the latest psychological and physiological findings of the 21st century.  In part 1 we looked at the science behind smiling and found that a tradition we practice with ease actually has numerous benefits ranging from how it makes a person feel, to contributing to a cohesive well-bonded community.  In this article, we will examine the traditions related to controlling anger.

In one of his most well-known traditions, Prophet Muhammad said, "Whom among you do you consider a strong man?" They replied, "The one who can defeat so-and-so in a wrestling contest." He said, "That is not so; a strong man is the one who can control himself when he is angry."[1]

We learned in part 1 that the muscles we use to smile lower the temperature of the blood flowing to the brain.  Research tends to suggest that the opposite is also true.  The muscles used for frowning, an expression associated with anger and other such negative emotions, causes the temperature of the blood flowing to the brain to rise.  A warmer brain produces more negative emotions.[2]  In the past 20 years or so, hundreds of studies have shown that hot temperatures are a powerful and reliable cause of bad moods and interpersonal conflict (especially aggression and violence).[3]  It was Dr.  Zajonc who suggested that we have a certain amount of control over these emotions simply by the way we act.  When we smile something happens, when we frown something different happens.

When a person becomes angry, the further emotions or feelings that follow, are a response to the physical changes in your body.  The heart rate increases, so too does the blood pressure, and the face flushes as the blood flow increases.  The muscles tense in preparation for physical action and there is often an overwhelming desire to move forward towards the source of your anger.  This is a primal survival instinct, and it all happens in an area of the brain known as the amygdala.  It is also where the famous flight or fight reflex is found.  Now there is a time and a place to harness this anger which we will discuss later, but for the most part, scientific evidence tells us that controlling anger is a very good thing to do.

According to a 2009 study in the Journal of the American College of Cardiology, angry people were more likely to develop coronary heart disease.  Other older studies suggest that angry people show signs of accelerated decline in lung function that in turn speeds up the natural aging process.  Frequent anger is bad for mental health too; a 2012 study by Concordia University found that anger hindered treatment and worsened the condition of patients with anxiety disorders.  When someone is angry the body is preparing for survival, therefore it safeguards itself against injury and bleeding.  An angry person’s body releases chemicals to coagulate (clot) the blood, creating a situation that’s potentially dangerous.  When there is no physical injury, the clot can travel through the blood vessels to the brain or heart.

The fight or flight reflex is useful in extreme and dangerous situations however in today’s environment most of us are not faced with life or death situations.  Therefore the healthiest way to deal with anger is to learn how to control it.  The traditions of Prophet Muhammad deal quite extensively with how to do this and not surprisingly they reinforce and confirm physiological and psychological studies.  First and foremost, suppressing and controlling anger is pleasing to God.  Prophet Muhammad said, "If anyone suppresses anger when he is in a position to give vent to it, God will call him on the Day of Resurrection and ask him to choose from the rewards offered."[4]

In addition to this Prophet Muhammad told us to extinguish anger as you would fire, with water.  He said, "Anger comes from Satan, Satan was created from fire, and fire is extinguished only with water; so when any of you is angry, he should perform ablution."  The water splashed on the face, over the hair, and on the ears will have a direct effect on the temperature of the blood flowing to the brain.  Studies do indeed confirm that a lower temperature will extinguish the fire of blood pumping through your veins and around the brain which is the physiological source of the feelings associated with anger.

Other advice about anger from the traditions of Prophet Muhammad adheres closely to the psychological advice given to those who suffer from anger management issues and anxiety disorders.  Sufferers are told to count to ten before taking action or to remove themselves from the source of their anger.  They are also told to change their environment, slow down, focus on their breathing and splash cold water on their faces.

Imam Ahmad recorded similar advice from Prophet Muhammad.  He said, "If any of you becomes angry, let him keep silent."  If a person is trying to be silent, it will obviously restrict his ability to fight or utter obscenities and harsh words.   Prophet Muhammad also offered a sequence of actions to defuse anger.   "If any of you becomes angry and he is standing, let him sit down, so his anger will go away; if it does not go away, let him lie down."[5]  He once advised a man who was angry and fighting, to say, "I seek refuge with God from Satan," this, Prophet Muhammad said, would make his anger go away.[6]

Just as Prophet Muhammad advised, 21st century studies and research confirm that it is more beneficial to learn to control your anger than to express it via some non-destructive method such as using a punching bag.  That, however, requires training and discipline.  Prophet Muhammad emphasized discipline and self-control.  Interestingly, the 21st century concept of mindfulness rather than meditation helps us become more aware and accepting of emotional signals that in turn help us to control our behavior.  We will discuss mindfulness in relation to Islamic practices in Part 3.