Smiling, Anger and Mindfulness in Islam and their Connection to 21st Century Neuroscience (part 1 of 3): What is in a Smile?

Description: A look at the traditions of Prophet Muhammad encouraging smiling and how 21st century knowledge reveals some surprising benefits. 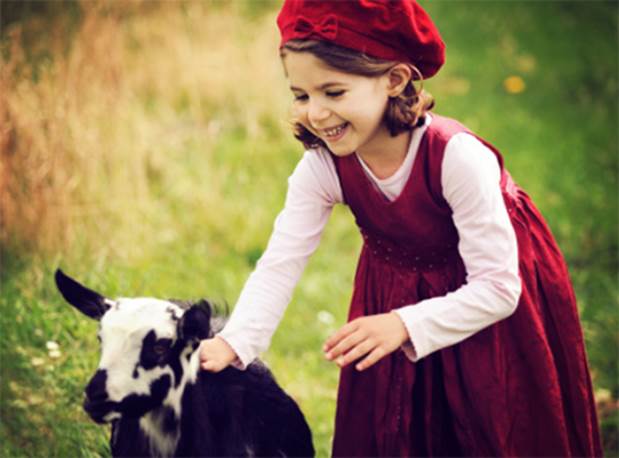 What is in a smile?  A Muslim would answer that question by saying that it is an act of charity and a tradition from the ways of Prophet Muhammad, may the mercy and blessings of God be upon him.  It is well known that Prophet Muhammad said, "To smile in the face of your brother is charity given on your behalf."  He was also remembered as a man who, except in the direst of circumstances, always had a smile on his face. The late scholar Sheikh Ibn Baaz, who died in 1999 said, "A smiling face indicates a good quality and causes blessed results – it indicates that one’s heart is free of rancor and it causes affection to grow between people."

Thus we see that throughout Islamic history smiling has been considered a very good habit for a Muslim to acquire. Emulating Prophet Muhammad is one of a Muslim’s greatest desires.  Prophet Muhammad also knew that following the directives of God always led to something inherently good for humankind.  The time progressed and as the 20th century turned into the 21st century we discovered that smiling did a lot more than add to our bank of good deeds, it improved our health and our happiness. Smiling lowers the heart rate and temporarily reduces blood pressure. It releases endorphins, and they in turn, lessen pain.

Smiling also strengthens community bonds.  Smiles have numerous psychological and communal effects; smiling can open up a social connection or greeting someone with a smile can reduce interpersonal conflict.  Smiling can soften embarrassing situations, and it can enhance first impressions.  Who does not like to meet someone with a smile on their face? Human beings were designed by God to be ultra-social creatures that need viable relationships with other people in order to survive and thrive. Islam abounds with advice on how to maintain these relationships, be they with family, neighbors or wider community.  Smiling is one device that helps us make and maintain these crucial social relationships.

People who smile receive more help.  And we all know that helping behavior enhances community relationships and builds stronger relationships.  The answer to why people receive more help when smiling could be manyfold.  Do we naturally respond in a friendlier manner to someone who is smiling?  Could it be reciprocal selflessness, you gave me a smile, so I will give you the help you need. Does the happy mood created by smiling enhance our inclination to help others?

Helping behavior is a hallmark of Islamic manners and morals, and accordingly, Islam places great emphasis on helping those in need.  Research tells us that helping a neighbor, volunteering, or donating goods and services results in a "helper’s high[1]," that benefits a person’s health more than exercise or quitting smoking. Smiling starts a chain reaction that results in people engaging in behavior akin to following the commandments of God.  He does expect us to be good people and has equipped us with the ability to smile; this, in turn, enhances and encourages good behavior.

"Worship God and join none with Him in worship, and do good to parents, kinsfolk, orphans, the poor, the neighbour who is near of kin, the neighbour who is a stranger, the companion by your side, the wayfarer (you meet) and those (slaves) whom your right hands possess. Verily, God does not like those who are proud and boastful." (Quran 4:36)

As we stride into the new century, our technological and scientific knowledge is advancing beyond anything we thought possible even 50 years ago.  We are beginning to understand the brain and its marvellous properties and functionality. In light of this new area of exploration, acts like smiling take on a new dimension.  The benefits of following the traditions and ways of Prophet Muhammad become even more compelling and fascinating.

Dr. Robert Zajonc, a psychologist at the University of Michigan, says that research into the cause and effect of this smile - happiness loop has a physiological explanation.  When certain facial muscles relax and tighten, they raise or lower the temperature of blood flowing to the brain.  These temperature changes affect the part of the brain that regulates emotion.  Research suggests that a cooler brain creates good emotions, while a warmer brain produces negative emotions

Something even more fascinating is that you can still get the same benefits from smiling even if your grin is not genuine.  Several studies have shown that just the physical action of smiling can begin the process even if the emotion is not there to begin with. Sarah Pressman of the University of California and her colleagues found that people who smiled while getting a needle reported up to 40 percent less pain than people who did not smile. Interestingly the participants in this study did not smile naturally but were tricked into smiling by positioning chopsticks in their mouths to create the illusion of a smile.

So far we have discovered that smiling is not only a charitable act that earns the smiler rewards in the Hereafter, rather it also has several rewards in this life -  for the one who smiles, the one who receives the smile and for the community in general. Smiling is contagious.  A Swedish study[3]  confirmed that it is difficult to keep a long face when you look at people who are smiling at you.  The brain is hardwired for sociability, and when we interact with others, a neural bridge is created between brains. Neurons have a synchronizing function, and they can then activate the same region of your brain that has been activated in the brain of the person you’re interacting with. These mirror neurons will activate when you see someone else smiling.

The traditions of Prophet Muhammad, examined in light of 21st century thinking reveals that even things such as blood temperature and neural bridges link humankind’s inherent behavior with the commandments of God.  We have learned that the act of smiling lowers the temperature of blood flowing to the brain and it begs the question of what happens when the temperature is heightened.  Does the act of frowning, and the bad moods such as anger associated with it, increase the temperature of the blood flowing to the brain?  In part two we will discuss this and other fascinating information about the relationship between anger and brain function.

Next: Smiling, Anger and Mindfulness in Islam and their Connection to 21st Century Neuroscience (part 2 of 3): Control your Anger