“Whoever Introduces Something New…”

Description: An important principle explained: For any act of worship to be considered rewarding and pleasing to God, it must be based on the sacred texts. On the other hand, all transactions and day to day affairs are considered permissible except those that are specifically forbidden based in the sacred texts. 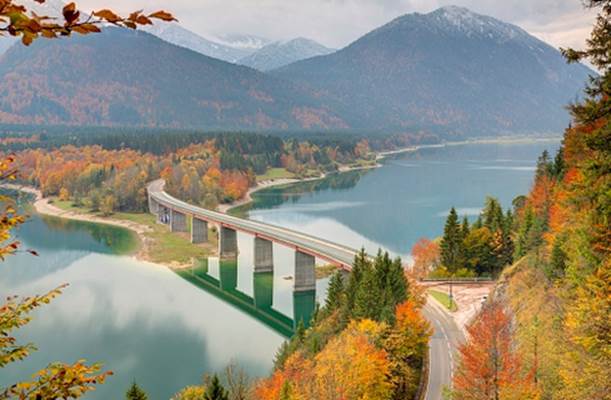 Aishah, the Mother of the Believers relates that God’s Messenger, may the mercy and blessings of God be upon him, said: "Whoever introduces something new into this matter of ours that is not from it will have it rejected."[1]  In another narration, it reads: "Whoever does an act that is not in accordance with this matter of ours will have it rejected."[2]

The importance of this hadith

Ibn Rajab mentions that this hadith (Prophetic narration) articulates one of the most important principles of Islam. He writes: "Just as the hadith ‘Actions are but by intentions’ provides the criterion for evaluating the hidden aspects of our deeds, this hadith gives us the criterion to evaluate their outward expression. Just as an action will be rejected if it is not performed sincerely for God’s sake, it will likewise be rejected if it is not in accordance with what God and His Messenger have brought."[3]

What is meant by "this matter of ours"

Acts of worship and the danger of innovation

Formal rites of worship are actions that are done with the sole and express purpose of worshipping God. We are not permitted to make up these rites ourselves. We may only worship God in the manner that God has instructed us to worship him. We may not contrive new acts of worship or modify those that God has established for us.

The Prophet said: "Every newly introduced affair is an innovation. Every innovation is an error and every error is in the fire."[4]

An innovation, linguistically, is any unprecedented matter. In Islamic legal terms, it is defined as any contrived religious matter that infringes upon the jurisdiction of Islamic Law and is done as an act of devotion.

This applies to an act of worship contrived in their entirety, like when people seek to worship God through devotional singing and dancing. It also applies to acts of worship taken out of their proper contexts. A practice that is established by the Quran and Sunnah for a certain act of worship cannot be performed outside of it.

Once the Prophet saw a man standing under the direct heat of the Sun. and he inquired about him. The Prophet was informed that this man had sworn to remain standing, to abstain from sitting down or seeking shade, and to fast. The Prophet ordered the man to sit down in the shade and to keep his fast. The Prophet did not allow this man to make his standing and his exposure to the Sun an act of worship to God, even though standing is an act of worship in our prayers and exposure to the Sun is a part of what it means to be in the state of ihram for a pilgrim. Out of their proper contexts, these acts of devotion become innovations.

What we have said so far applies to acts of worship. The various customs and practices that people have to facilitate their daily lives and worldly affairs do not constitute innovations as far as Islamic Law is concerned. However, Islamic Law also regulates these affairs, and this is the matter towards which we shall now turn our attention.

In transaction law, as opposed to acts of worship, everything is assumed to be permitted except where there is evidence from the Quran and Sunnah stipulating that it is forbidden. Human transactions exist to fulfill human needs, so they naturally must accommodate a broad spectrum of circumstances and make allowances for an almost infinite number of contingencies.

If a transaction is directly prohibited by Islamic Law or is missing one of the necessary conditions determined for it by Islamic Law, it will be immediately void. If the rights of one of the parties to the contract have been violated, then the contract may be voided by the injured party.

Let us look at marriage law more closely. There are prohibited degrees of marriage. We cannot marry our siblings or other near relatives. A woman cannot get married without the permission of her guardian. These are some of the inviolable regulations and conditions set by Islamic Law. A woman cannot be forced by her father to marry someone against her will. Her freedom in this matter is her right.

When the laws of marriage are violated, the contract will either become immediately void or open to annulment. If a man contracts a marriage with his niece, that marriage is null and void. Likewise, if a woman tries to contract a marriage without the permission of her guardian, the contract is invalid. Our Prophet said: "Any woman married without the consent of her guardian, then her marriage contract is void, and the ruler is the guardian of the one who has no guardian." He also said: "There is no marriage without a guardian." If a father contracts a marriage for his daughter without her consent, she has the option of having the marriage annulled.

At the same time, there is a lot of flexibility in marriage law. A person has a broad choice of marriage partners. There are no racial or ethnic barriers to marriage. Either party to the marriage can add conditions to the marriage contract as long as those conditions do not contradict Islamic Law or repeal one of the legal purposes of marriage. For instance, a woman can add a provision that her husband will not require her to leave her hometown. This is all based on the principle that in transaction law, everything is assumed to be permitted unless there is evidence specifying that it is prohibited.