The Theme of 'Difference' in Surah al-Rum

Description: This chapter of the Quran mobilizes an impressive range of examples to achieve its rhetorical aim: to affirm the unity of the Creator through the observation of change and variation in Creation. 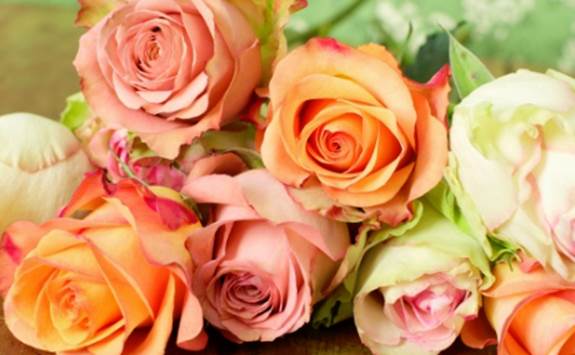 God has made difference a reality of life.  Even parents and their children differ, in spite of the children being the immediate genetic descendants of their parents and in spite of their parents having raised them from infancy.  They differ in their outlook on life, their personalities, their temperaments, and even their physical appearances.  In fact, sexual reproduction and the exchange of the parents’ genetic material that it entails guarantees that children will be different.

The theme of difference, and the associated phenomena of change, alternation, and disagreement, are employed thematically throughout Surah al-Rum, the thirtieth chapter of the Quran, to affirm God’s greatness, His wisdom, and his absolute monotheism.

God says: "And from among His signs is the creation of the heavens and the Earth and the differences in your colours and tongues." (Quran 30:22)

The differences between people’s complexions is one of the most obvious of differences.  Our various colours are a sign of God’s creative power, and a manifestation of his wisdom.  At the same time, skin colour has proven to be a trial for many who have used this superficial difference as a criterion for judging others.

This verse appears in Surah al-Rum, the chapter of the Quran entitled "Romans".  This chapter opens with a discussion about the most virulent manifestation of human differences: war, particularly the war which was raging at the time between the world’s two great powers: Byzantine Rome and the Persian Empire.  This discussion then opens up into a broader discussion of the differences between the fortunes of nations and a promise that the Muslims – who were at that time weak and downtrodden – will have a brighter future: "And on that day the believers will rejoice with God ’s help." (Quran 30:4-5)

This is immediately followed by a description of how civilizations have their time of ascendency and weakness, and how the balance of power shifts over historical time: "Do they not travel through the Earth, and observe what was the end of those who came before them, those who had been superior to them in strength?" (Quran 30:9)

This thematic development comes to its most poignant example by addressing the different fates that await people in the Hereafter: "And at the time when the hour shall come, at that time they shall become separated one from the other." (Quran 30:14)

With each example of difference, the Quran counterpoints God’s divine unity with the variety and change that exists in His Creation.  This is expressed with regard to time when God says: "Therefore glory be to God when you enter upon the night and when you arise in the morning.  And praise be to Him in the heavens and the Earth, and at nightfall, and when you find yourselves at midday." (Quran 30:17-18)

Following this focus on time is a thematic treatment of place, and then of the alternation of life and death, which is concluded with reference to the variety that exists within the human species: "Among His signs is that He created you from dust; and then,- behold, you are human beings scattered (far and wide)!" (Quran 30:20)

This moves to a focus on the differences within the human entity on the most intimate level: "And among His Signs is that He created for you mates from among yourselves, that you may dwell in tranquility with them, and He has put love and mercy between your hearts." (Quran 30:21)

The verses progress from the heavens and the Earth through the variety that exists in Creation, and arrives in a very satisfying manner to the sweetness of human intimacy.  There is a parallel treatment of the heavens and Earth on the one hand and the complementary relationship between a man and woman within the context of marriage on the other, and what both these relationships entails of stability and creative potential.

It is in this context that the discussion arrives at the differences between people’s colours and tongues, and then moves on to the alternation of the night and the day, through other manifestations of the differences within Creation, culminating in praising those people for whom this great variety becomes an affirmation of faith in the oneness and wisdom of their Creator.

Throughout Surah al-Rum, the theme of difference in Creation is employed purposefully to affirm monotheism and establish faith, and in an eloquent rhetorical turn, to negate disagreement and dissention in how people should relate to their Lord: "Turn back to Him in repentance, and fear Him.  Establish regular prayers, and be not among those who associate others with God, those who split up their religion, and become mere sects, each party rejoicing in that which is with itself!" (Quran 30:31-32)

This chapter of the Quran mobilizes an impressive range of examples – even invoking the stages of the human life from infancy to adulthood, to old age – to achieve its rhetorical aim.  It affirms that change and variation in Creation are part of the divine plan, and ultimately attest to the unity and absolute wisdom of the Creator.