Description: The article talks about the Tablet, creation of the heavens, earth, seas, rivers, rain, the sun, moon, angels, jinn, and humankind. 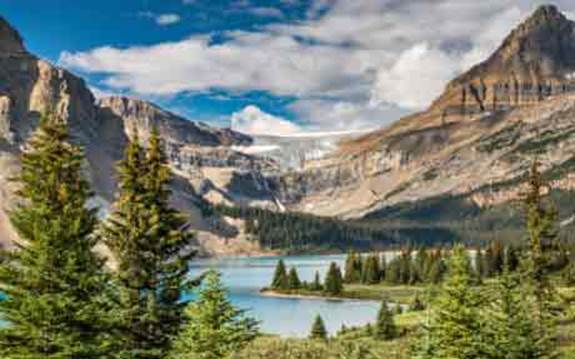 The Pen, which was created 50,000 years before the heavens and the earth, wrote in what’s known as al-Lawh al-Mahfuz, the Preserved Tablet.  God calls it al-Lawh Al-Mahfuz because it’s protected from any changes and is also protected from access.  Everything is within that Book, even, as God tells us, a leaf falling from the tree.  Everything that would have happened, that has happened, and will happen is written there.

What it does is it establishes the trust of a believer in God that what He wrote was written for our good, and that everything happens for a wisdom.  Sometimes we can figure it out, but at other times we are comforted and content knowing that God knows what He is doing.

Referring to what scientists call the Big Bang today, the Quran says, "Have not those who disbelieve known that the heavens and the earth were joined together as one piece, then We parted them and We have made from water every living thing? Will they not then believe?" (Quran 21:30)

Based on the following verse, some scholars state that God created the heavens before He created the earth, "Are you more difficult to create or is the heaven that He constructed.  He raised its height, and has perfected it.  Its night He covers and He brings out its forenoon.  And after that He spread the earth.  And brought forth therefrom its water and its pasture.  And the mountains He has fixed firmly, as provision and benefit for you and your cattle." (Quran 79:27-30)

God says in the Quran,

"Indeed, your Lord is God, who created the heavens and the earth in six days." (Quran 7:54)

God really does not need six days, God could simply have said, "Be," and it would have come into existence.  Why would God create in six days as opposed to just one second or less? Perhaps, God wanted to teach us one of the beloved qualities to Him, which is to take things slowly and planning them out properly.

God tells us that He is the One who created the heavens and the earth, sent down rain from the sky, producing fruits and sustenance for our survival.  God provided for us seas and ships to sail through these seas.  God put the rivers at our service and placed the sun and the moon in their circuits.  God put for our service the night and the day.  God says that He gave us everything that we need to survive.  If we were to try to count the blessings of God, we would not be able to do so (see Quran 14:32-34).

"And it is He who subjected the sea for you to eat from it tender meat and to extract from it ornaments which you wear.  And you see the ships plowing through it, and [He subjected it] that you may seek of His bounty; and perhaps you will be grateful.  And He has affixed into the earth mountains standing firm, lest it should shake with you, and rivers and roads, that you may guide yourselves.  And landmarks and by the stars, they [mankind] guide themselves. Then is He who creates like one who does not create? So will you not be reminded? And if you should count the favors of God, you could not enumerate them.  Indeed, God is Forgiving and Merciful." (Quran 16:14-18)

The earth benefits us in innumerable ways.   If you look at the surface of the earth, God says He made it special for us, meaning that it is ease to tread.  Now imagine if the surface of the earth was all like mountains and we all had to live in regions that were rough and difficult to walk.  He made the surface soft so we can dig into it and plant things.  But at the same time, He made the earth stable and firm enough to allow construction and building from its materials.  He also created gravity so we’re not just flying all over the place.

The sun is a magnificent creation of God and you will find that God swears by the sun in Chapter Ash-Shams in order to bestow greater appreciation for this gift that He gave us.  Many religions in the past assigned special qualities to the sun; a lot of people worshipped the sun.  God says,

"And of His signs are the night and day and the sun and moon.  Do not prostrate to the sun or to the moon, but prostate to God, who created them, if you [really] worship Him." (Quran 41:37)

With the sun, moon, and the stars you have a lot of superstitions and even rational human beings will have these very strange superstitions.  People often put logic aside when it comes to superstitions.  You have astrology, horoscopes and other similar things that make absolutely no sense, but they give people either hope that’s not really there or they give people a reason for their paranoia.  Islam completely prohibits going to fortunetellers or believing in them.

Creation of the Angels

Then, God created the angels from light.  They are incapable of disobeying to Him and do exactly as they have been commanded.  They are responsible to carry out many different tasks.   For example, Gabriel was responsible to convey the revelation from God to the messengers.  God by teaching us about the angels, clarifies to us the integrity of the message as it came down to the messengers, among many other things.

Furthermore, angels are not robots.  They have plenty of character; they love and hate, pray, and they incline toward certain things, but all of it is within the scope of obedience to God.

Creation of the Jinn

They are created from fire, but they are not just created from any form of fire, but from a smokeless flame.[1]  God created them before us.  Their purpose is in essence the same purpose as human beings: to worship and serve God alone.

The first human to be created was Adam.   The story of his creation and the events that followed have been covered in detail in another article series on our site[2].

[1] To learn more about them, please see: http://www.islamreligion.com/articles/669/viewall/world-of-jinn/

Previous: Story of Creation (part 1 of 2)