Description: The great story of the origins of creation from the perspective of Islamic cosmology, acknowledging that God is the Creator of everything.  The article also talks about the Magnificent Throne, the Footstool, and the Pen. 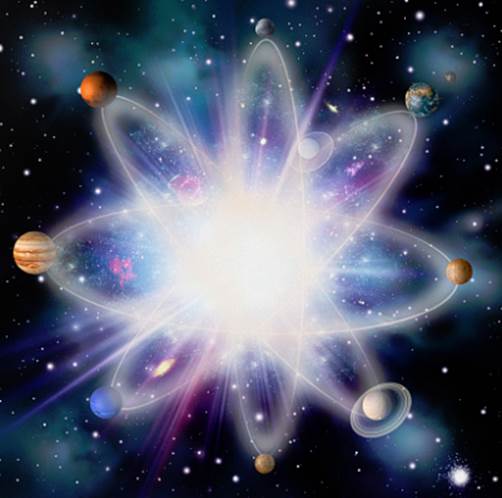 So how did it all start?  God.  Nothing else.  The Prophet of Islam, may the mercy and blessings of God be upon him, was asked, "O Messenger of God, where was our Lord before He created His creation?" He said: "Nothing existed but Him, with nothing beneath Him and nothing above Him."[1]

Think about how amazing that is, basically it tells us that there is nothing but God that is truly worthy; creation needs God and nothing else because in the beginning there was God while there was nothing else.

"God is the Creator of all things and He is the Guardian over all things." (Quran 39:62)

So everything besides God was created by Him, is under His dominion and His disposal, and He brought it into existence.

Jubayr, a contemporary of Prophet Muhammad describes himself, saying, "I was one of the greatest enemies of the Prophet," and he said, "I hated him more than any other human being on the face of this earth," but then something strange happened.  "One time I walked into the mosque and I heard the Prophet reciting verses from Surah at-Toor (Quran 52:35-36), ‘Were they created from absolutely nothing or are they themselves suggesting that they are the creators? Or did they create the heavens and the earth? Rather they have absolutely no idea, they are at confusion!’"

Jubayr says that at that moment when the Prophet said that, even though he wouldn't officially accept Islam until later on in his life, "faith entered my heart.  I knew at that point that there is absolutely no way that there is no God!"

If you just sit with yourself and you go through the process of elimination of the possibilities of how we and everything else around us is here, you will find that there is no other way to explain it except by God.

Creation of the Water, Throne (Arsh) & The Footstool (Kursi)

Prophet Muhammad said: "Nothing existed but Him, with nothing beneath Him and nothing above Him.  Then He created His Throne above the water."[2]

The Prophet tells us that there was God first and nothing else.  Then, God created the water and the Throne (Arsh).  They were created independent of any angels and were created before the creation of the heavens and the earth.  Prophet Muhammad said, "There was God, and there was nothing else besides Him, and His Throne was over the water.  He wrote all things in the Book (in heaven) and He created the heavens and the earth."[3]

God mentions many times in the Quran that He is the Lord of the Glorious Throne, because it is one of the foremost and most magnificent of his creations.

The Kursi is a Footstool that is like a stair to the Throne and God is above the Throne, yet nothing is hidden from Him.  In the greatest verse of the Quran, known in Arabic as Ayah al-Kursi, or the "Verse of the Footstool," before God mentions His Footstool, He mentions His knowledge." (Quran 2:255).

His Kursi, the Footstool, alone has all of the heavens and the earth under it (Quran 2:255).  The Prophet Muhammad said, "The Footstool in relation to the Throne is no more than a ring of iron thrown into an open desert on earth."[4]  Also, Ibn Abbas said that if the Kursi, the Footstool, encompasses the entire heavens and earth, then what about the Throne? We have absolutely no indication of how great is the Throne in size and obviously we cannot estimate the greatness of God Himself.

God is not distant; He stresses throughout the Quran that He is with us wherever we may be.  In Surah al-Hadid (Chapter 57), immediately after God tells us that He rose above His Throne, He tells us that He knows everything that goes in and out of the earth, everything that descends from the heaven and what ascends therein, in short, He knows the minutest details of everything (Quran 57:4). We know Allah is above His Throne, but He is Omnipotent and His knowledge encompasses everything.

Moreover, God talks about the great angels that carry the Throne.  They are huge magnificent creatures from the best of God’s angels.  On the Day of Judgement, God tells us there will be eight angels that will bear His Throne (Quran 69:17).  The Prophet said, "I was permitted to speak about one of the angels of God, the Almighty, the All-Powerful, who is one of the bearers of the Throne and (to tell you) that the distance between his earlobe and his shoulder is a journey of seven hundred years." (Abu Dawud) It was also narrated with this wording, "The distance is (like) that of a bird flying for seven hundred years." (Ibn Abi 'Asim)

What are those angels doing?

God tells us that those angels who bear His Throne and those around it glorify His praises, believe in Him and ask for forgiveness for those who believe.  They pray for them saying "Our Lord, You have encompassed all things in mercy and knowledge, so forgive those who have repented and followed Your way and protect them from the punishment of Hellfire." (Quran 40:7)

"God ordained the measures of the creation fifty thousand years before He created the heavens and the earth while His Throne was over the water."[5]

What are the dimensions of the Pen? How does it look? We have absolutely no idea.

The Prophet said, "God said to the Pen: ‘Write.’ It said: ‘O Lord, what should I write?’ He said: ‘Write down the decrees of all things until the Hour begins.’"[6]

[1] Tirmidhi, Abu Daud. Classed as sahih by Tabari and hasan by Tirmidhi, Dhahabi, and Ibn Taimiyyah

Thanks! This taught me a Iot about IsIam