Chapter 55, Ar-Rahman (The Most Merciful)

Description: The surah was revealed in Madina and contains 78 verses.  It takes its title from the divine name, ‘The Most Merciful,’ and hence the entire surah speaks of the mercies and blessings of God. 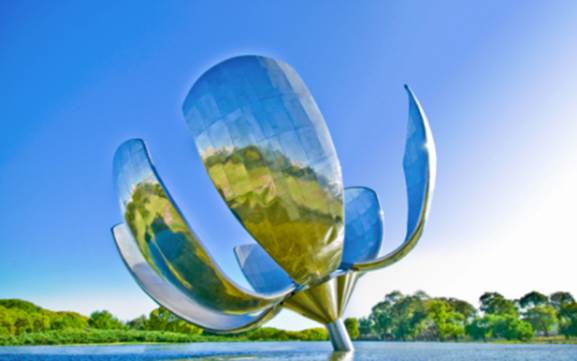 God created human beings and granted them the unique power of speech – a power not bestowed upon any other creature in this world.  Then, there is the practical example of the role of justice and fair play which works throughout the universe.  The whole world surrounding the human being is based on these principles of balance and justice which God wants human beings to follow.  The Quran is the verbal expression of this Divine justice and the universe is its practical expression.

Verses 17-25 God’s blessings in the horizons

A large part of this universe is filled with stars which consist entirely of fire.  Jinn are also made of fire, but human beings have been given special treatment by God in that they have been made of earth, or clay, which is an extremely rare thing in this extensive universe.  The Earth is a unique exception in the universe.  All factors conducive to human existence, survival, and development have been provided in suitable proportions and balanced manner.  One of these is the system of ‘two easts’ and ‘two wests’ on Earth.  In winter, the horizon from where the sun rises and sets are different from those in summer.  In this way, there is a range of ‘easts’ and ‘wests.’ The seasonal difference occurs due to the axial tilt of the earth in space.  The tilt is a unique feature that provides many advantages to human existence.

All that exists on Earth will perish but the one and only God never dies.  Just as the creation of this universe is a miracle of God, similarly the end is also a sign of His power because it shows that He is so Magnificent and Self-Sufficient that He does not depend on His creation in any way.  He does not need anything.  Compare it with any of your own creation and your attitude towards its preservation, the heartbreak you feel if it is lost or broken; can you ever have the courage to break your own piece of craft? We are so weak in front of Him.  So, then how can we deny the Almighty Lord? We recognize His power to give us but we do not recognize our duty towards Him which is to be His obedient slaves.  It is His decision that He does not punish us in this world and lets us have our way; so people think that they can keep avoiding His accountability forever.

God challenges them to how far can they run away from Him? God’s power is not something to take lightly.  The flames of fire and molten brass will be unleashed on you both the jinn and men, and they will not be able to defend themselves.

Verses 37-45 The evil end of the defiant unbelievers

Denial and arrogance are always caused by the absence of the fear of God.  When the terrible moment of Doomsday arrives, the guilty will shed their arrogance.  The Truth which they were not ready to accept, in spite of the strong arguments in its favors in the present world, will be accepted by them on Doomsday without dispute.  But, acceptance at that time will be of no benefit.  Correct belief in God and His powers is valid only at the unseen stage and not after the open manifestation of these events.

The criminals who rejected the truth from God and led a disobedient life will be given their due punishment.  This terrible scene fills one with fear of God’s anger.  In turn, this fear makes us humble.  However, our attitude towards God should be a combination of fear and love.  Fear makes us avoid sins while love inspires us with hope and energy to do as much as we can for the pleasure of God.  This love is intensified when God shows us the glimpses of the Paradise that He has prepared for all those who fear the Day of Judgement and act accordingly.

Verses 46-78 The delight of the pious in the Hereafter

One of the most wonderful blessings is the time when people will have two gardens, one for obeying God and another for staying away from prohibitions.  The gardens will have shady trees and lush green branches, beautiful rivers, delicious fruits, luxurious sitting arrangements, and beautiful companions that captivate like jewels.  The pleasures of Paradise are not restricted to just two gardens.  There will be others far more beautiful than the previous ones, greener than what we can imagine, with gushing fountains and fruits in abundance, and beautiful companions.  "So, O jinn and men, which of the favors of your Lord will you deny?"