Description: The chapter was revealed during the middle stage of the Prophet’s residence in Mecca.  It was the climax of famine in the region.  The bitter conflict had begun between him and the disbelievers, though persecution had not yet begun.  The chapter contains 118 verses and its title is based on the reference to believers in this chapter.

Verses 1-11 Qualities and the reward of the believers 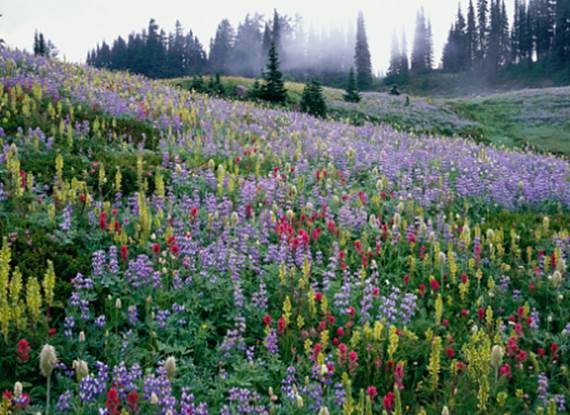 In this world of God, success is for one who is a true believer, one who devotes himself fully to God and not to anybody other than God and who leads a God-oriented life.  Realization of God is not a simple matter.  It brings about a revolution in the life of a person.  He becomes a worshipper of God and bows down before Him in submission.  His sincerity and seriousness increase to the extent that wasting time in useless pursuits appears fatal to him.  He sets aside a portion of his earnings in the Name of God and with that he helps the needy.  He exercises control over his sexual desires and gives free rein to them only within the limit prescribed by God.  He lives his life in this world as a responsible person and never misappropriates whatever is entrusted to him.  Such a person never dishonors any pledge undertaken by him.  Those who possess these qualities are the favored servants of God.  God has kept ready the gardens of Paradise for these people.  After death they will be sent into this new ‘world’ so that they may savor its joys forever.

The young human being grows in the womb of his mother.  In ancient times, the period from conception until child-birth was shrouded in mystery.  It was only in the twentieth century that modern scientific developments made it possible to observe the development of a baby in the mother’s womb and obtain direct information about it.  The vivid Quranic description of the various developmental stages of the formation and birth of human beings, is surprisingly identical with modern scientific findings.  This provides a clear proof of the fact that the Quran is the Book of God.  Had it not been so, such similarity between the findings of modern research and the statements of the Quran, revealed fourteen hundred years ago, would not have possible.

The development of the embryo in the mother’s womb shows that the Creator of this world is the most perfect Being.  Our knowledge of human creation compels us to believe that a second creation is certainly possible.

Man is a small creature.  Compared to him, the universe is so large that it strikes terror into man.  In the vastness of space, innumerable stars and planets revolve at high speed.  Yet, the most wonderful aspect of the universe is that it is highly favorable to the existence of human beings.  Moreover, the planet has been made to cater to all of man’s needs.  For example, man is able to domesticate a variety of animals and put them to various uses.  The cow’s belly, for instance, is a wonderful factory that gives out a valuable commodity – milk.  All these factors warrant man’s recognition of his Kind and Merciful God and his remaining ever grateful to Him.

Prophet Noah admonished his community for a long time, but they were not ready to accept his call.  When the limit of human effort has been reached, divine action begins, it is time for reckoning, not advice.  God’s retribution appeared in the shape of a storm which drowned his entire community with the exception of some believers.  A few who had faith in Noah entered the ark, God saved them from the grim consequences of the Flood which would have been their fate had they rejected the truth.

After being delivered in the ark, the generation of believers in Noah flourished, but with the passage of centuries, they plunged into the same evils in which their predecessors had indulged.

Those completely devoted to the life of this world are not interested in any discourse about God or the Hereafter.  They ignore all such talk and are lost in worldly pursuits.  With the onset of God’s retribution, such people forget their recklessness and arrogance and start pleading humbly.

Truth is what is in consonance with reality.  But, those given to self-indulgence want truth to be subservient to their desires.  The truth appears strange to them, and they are, therefore, unable to recognize the real position of the preacher and they try to prove him wrong.

The universe appears to be in perfect harmony, whereas the world of human beings is in turbulence everywhere.  That is because the universe is running on the basis of truth (laws of nature).  If it were to run on the basis of human desires, it would also become turbulent like the human world.

In the Meccan period of Islam when the Quraish rejected Prophet Muhammad, may the mercy and blessings of God be upon him, God sent famine on them for several years.  In accordance with God’s scheme, when a community adopts an arrogant attitude and does not accept good advice, He gives a warning punishment in order to soften their hearts and make them pay attention to the Truth.

The prayer shows that a believer is always a God-fearing person.  Even when God’s punishment is directed towards others, he starts trembling with fear.  He starts addressing God in all humility, because he knows that, if he is to be saved, it will not be solely by his deeds, rather with God’s mercy.