Description: The chapter was revealed in Mecca and contains 28 verses.  The entire chapter is devoted to the call of Prophet Noah to his people.  God tells us Noah’s story whose patience was tested to an extraordinary limit yet he stayed firm in his conviction and continued to work for God till the end. 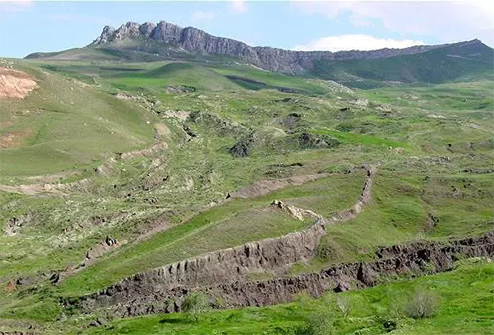 Noah is perhaps the first prophet after Adam.  The message that he gave to the corrupt people of those days has been put here in three words: worship, fear of God, and obedience to the Prophet, i.e.  worshipping only Him and renouncing all false deities, leading one’s life in the world with the fear of God in one’s heart, and considering the prophet of God an example to be followed in all matters. Religion cannot be complete if any one of the above is missing.  We readily understand worship of God and following the way of the Prophet, but what is the significance of ‘fear of God?’ It is actually the awareness that God is watching over us, which makes us lead a clean life.  Therefore, a God-conscious person will constantly be alert about all his words, deeds and thoughts, and will strive towards sincerity and purity at all times.

Noah warmed his people before a painful punishment comes.  He asked them to serve God, be mindful of Him and obey him.  He promised that God will forgive them their sins and give them respite until their appointed time, because when God’s appointed time arrives it cannot be postponed.  He called his people night and day, but the more he called them, the further they ran away.  Every time he called them so He may forgive them, they thrust their fingers into their ears, covered their heads, persisted in rejection, and grew more arrogant.  He preached to them in public and private, asking them to ask forgiveness of their Lord, reminding them that He is ever forgiving; He will send down rain, give them wealth and sons, and provide them with gardens and rivers.  He spared no effort to bring people on to the right path, but his people were not ready to accept him.  One would think that such a true and complete message will be instantly appreciated and accepted but humans generally dislike any warning that hinders their selfish and careless attitude towards life.

Noah’s people did accept God, but the consciousness of the Majesty of God had not become ingrained, as it should have been.  The fact is that this acceptance of God’s greatness is the real standard of God-worship.  The one whose heart is not immersed in God’s greatness is not a true believer.  God asks if we have ever wondered how God created the seven heavens, one above the other, placed the moon as a light in them and the sun as a lamp, how He will return us into the land and then bring us out again, and how He has spread the Earth out for us to walk along its spacious paths.

Noah complained to God that people have disobeyed him and followed those whose riches and children only increase their ruin.  The people denied Noah’s pleas for reform because they thought that, compared to the words of Noah, the utterances of those who had attained a higher status from the worldly point were more worth considering.  The great ones rejected the call for truth, so the lesser ones rejected it because the great ones had done so!

The opponents of Noah devised many great schemes against him.  One of those was to spread a rumor about Noah that he was against their great ones of old.  They made a grand plan to not renounce their gods, in particular Wadd, Suwa, Yaghuth, Yauq, or Nasr (names of their idols)!  All had been men of great piety in ancient times who gradually became sanctified and ultimately people started worshipping them.  It was easy to turn people against Noah in the name of these men.  Eventually, Noah prayed to God to bring destruction down on the evildoers!

Noah prayed that God not leave any of the disbelievers on the earth as they will lead His servants astray and beget only sinners and disbelievers.  Noah also prayed for forgiveness for himself, his parents, and whoever entered his house as a believer.  Noah’s prayer extended to all believers, asking for their forgiveness as well!

It appears from Noah’s prayer that, in his own times, evil had reached its final limit.  Misguided beliefs and thoughts had become so prevalent in society that any child born and brought up in this society would have gone astray.  When this stage had been reached, Noah’s people were destined to face nothing less than destruction by Noah’s flood.  They were drowned and sent to Hell for their evildoings.  They found no one to help them against God.