Description: Patience and fortitude are rewarded.  This world is no more than a transitory illusion. 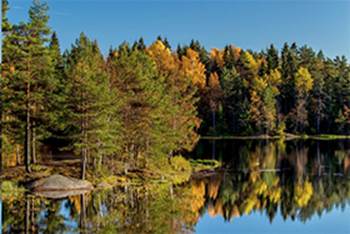 God warns the believers against usury (compound interest that doubles and redoubles).  Fear God and obey Him and His Messenger.  He loves those who live good lives, give generously, control their anger and seek forgiveness for their sins.  Their reward is forgiveness and Paradise.  Travel through the lands and look at the history of those who disbelieved or rejected the truth.  The Quran is a guidance for all people.  Do not be downcast if you suffer for the days alternate, some are better than others.  God waits to see the true believers, those who will struggle and remain steadfast.

Prophet Muhammad, may the mercy and blessings of God be upon him, was a Messenger and others like him passed through this world before him.  God asks the believers if Prophet Muhammad were to die would they reject his message.  Doing so would not harm God.  No one dies without God’s permission and he dies at a predetermined time.  Those who work for the sake of this life only, will get what God decides for them and they will not have a share in the Hereafter.  And those who work for the sake of the Hereafter, God will give them a share in the Hereafter, along with what He decides for them in this life.

In the past many Prophets have fought steadfastly for God, some with many followers, and they did not give in to adversaries or disbelief.  They only asked for forgiveness and victory over the disbelievers.  They were rewarded in this life and reward awaits them in the Hereafter.  If the believers obey the disbelievers, they will become losers.  God is your Protector and He will cast fear into the hearts of the disbelievers.  God addresses those who fought in the Battle of Uhud; they lost courage and disobeyed an order.  God says, some desired this world, others the Hereafter, so they were defeated.  It was a test.  They are already forgiven.

Those who fled from the battle even though Prophet Muhammad was calling out to them were rewarded with nothing but sorrow and grief.  This was to teach them a lesson not to grieve for what might have been.   God forgave them and caused calm to descend and some fell securely asleep but others were anxious and suspicious of God’s motives.  Prophet Muhammad is told to tell them that nothing would save those who were destined to die whether they had fought willingly or not or even if they had hidden in their homes.  On the day of the battle those who turned away did so because of Satan’s influence over them.  They too are forgiven.

The believers are reminded not to think that if their brothers had remained at home rather than travelling or fighting for the cause of God they would be safe and not die.  This is wrong.  God has control over life and death.  There is no cause for regret because whether you die at home or are killed you will return to God.  By the mercy of God, Prophet Muhammad was lenient.  If he had treated them harshly they would have deserted him.   Prophet Muhammad is told to pardon them, ask for forgiveness for them and to consult with them.  Take a course of action and then rely upon God, this is what God loves.

If God aids you none can overcome you but if He forsakes you none can aid you.  Therefore, the believers should put all of their trust in God.  It is inconceivable that any Prophet would withhold the spoils of war from the faithful.  Whoever deceives others will be accountable to God on the Day of Judgement.

A person seeking the pleasure of God does not behave like a person who has incurred the wrath of God.  In the eyes of God, they are on two completely different levels.  It was a great favor from God when Prophet Muhammad was made a Messenger to his people.  He is among them reciting the Quran, purifying them and teaching them how to behave even though before this they were clearly astray.

What happened on the day of the battle (Uhud) was a test from God to see who the true believers were and who the hypocrites were.  On that day the hypocrites were closer to disbelief when they spoke with their mouths what was not in their hearts.  God knows what is concealed.

Those who have been killed serving God are not dead but alive and happy.  They are receiving God’s grace and bounty and know that the reward of the believers will not be lost.  Those that remain faithful after suffering defeat will have a great reward.  Those who ignored the words of the hypocrites who were trying to instill fear suffered no harm but instead also received grace and bounty from God.  God reveals that it was Satan trying to instill fear but reminds the believers not to fear him.  He says fear only Me (God).

God tells Prophet Muhammad not to grieve over those who turn back to disbelief.  They will cause God no harm at all and they will find a terrible torment awaiting them in the Hereafter.  Those who barter faith for disbelief will also face a fierce punishment.  Some disbelievers are given more time on this earth but it is not a reward it is just a way to increase their burden of sins.  God will separate the believers from the hypocrites but not by revealing the unseen.  If you want to know about the unseen, know this, God chooses whomever he wants to be a Messenger, so believe in God and His Messenger and guard yourselves from evil.

Those who are stingy when giving in charity will find what they withhold hanging around their necks on the Day of Judgment.  The Children of Israel are questioned about the killing of their Prophets and reminded of the burning fire that waits for them.  Being kept away from the Fire and admitted into the gardens of Paradise is true success, and the life of this earthly world is nothing more than an illusion and is a test for you.  The believer will suffer much abuse at the hands of the People of the Book and the polytheists.  When God entrusted the People of the Book to spread His message they concealed it and sold it for a paltry price.  It was a bad bargain and they will be paid in full with an agonizing torment.

God has power over everything; the creation of the universe and its precision is a sign for those who understand.  Those who remember God are the ones who understand, they believe in God and His promise of Paradise and ask for forgiveness.  When they call out God answers promising that their good deeds will never be lost and those who had to flee their homes or were expelled or endured suffering for the sake of God will be rewards with Paradise.

Do not be perturbed by the freedom and ease of the unbelievers, their enjoyment will be brief and their final destination is Hell.  The believers will gain Paradise.  Among the People of the Book are those who believe submissively in God and His revelations, i.e.  they sincerely accept Islam; they will surely have their reward.  The believers are reminded to be mindful of God, patient and steadfast.