Description: The legacy of earlier revelations results in the best nation. 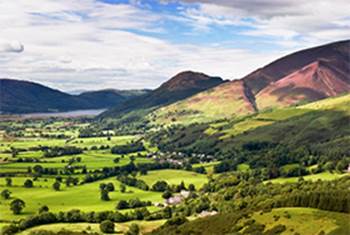 The disbelievers plotted against Jesus, they had a plan but God also had a plan, a better one.  He promised to take Jesus and purify him from their disbelief and his followers to be exalted above the disbelievers, who will suffer severely in this world and the next.  Those who believe will gain their reward.  This Quran is full of signs and wise reminders.  As an example Jesus is like Adam, both created without a father.  God had only to say "Be", and he was.  Do not dispute about the birth of Jesus for this Quran has the true explanation.  There is no true deity but God and He knows who amongst you is a mischief maker.

God tells Muhammad, may the mercy and blessings of God be upon him, to invite the People of the Book to agree on what is common amongst them all; to worship none but God alone and associate nothing with Him.  Muhammad is also to ask them why they argue about whether Abraham is a Jew or a Christian.  Do they not reason as to how can he be a Jew or a Christian when he lived long before either the Torah or the Gospel were revealed.  Abraham was one who submitted to God and he did not associate anything with Him.  The people closest to Abraham are the Muslims, devoted to God Alone.  Some of the People of the Book try to mislead others but they lead themselves astray.

God addresses the People of the Book asking them why they conceal the truth by mixing it with lies.  Some People of the Book say they believe and then change their minds, over and over, as day changes into night.  They encourage the true believers to behave like this too.  Believers should only trust other believers.  God grants His Bounty and His Mercy to whomever He wills.

Some amongst the People of the Book are trustworthy; others are not, because they do not think it is a sin to cheat someone not of their faith.  Those who have the correct faith, fear God, and keep their promises, are loved by God.  There are some who will sell out the truth for a small price, an agonising punishment awaits them.  Others twist God’s words into a lie.  No Prophet would ever say "Worship me, instead of God".  He would never suggest that angels or prophets be lords (gods) and he would never ask anyone to turn away from belief.

God reminds the People of the Book that He took an oath from them to believe in a Messenger that will come to them confirming what they had already been given.  They are reminded not to break their oath and warned that everyone returns to God, willingly or unwillingly.  Prophet Muhammad is told to say that Muslims believe in God and what has been revealed to them and in what was revealed to Prophet Abraham, Ishmael, Isaac, Jacob, and his descendants, as well as Moses, Jesus and all Prophets from God.  There is no distinction between them – they all preached the same message and all need to be believed in.

A religion other than Islam will not be accepted and will lead to the Hellfire.  God will not guide those who reject belief after it has come to them.  There will be no respite except if they repent and correct themselves.  Those who disbelieved and died in that state will not be able to buy their way out of punishment even with enough gold to fill the whole earth.  No one will gain the greatest reward until he gives charity from what he cherishes, and God knows what is given.

God addresses the Children of Israel.  All the food that is lawful for the Muslims was lawful for them, except when they made it unlawful themselves.  They are warned against making up lies about God and told to follow the religion of Abraham.  Then they are reminded that the first House of God was at Mecca.  It is a blessed place and a sanctuary.  Pilgrimage to the House of God is a duty for all those who are able to find their way there.  God however does not need their pilgrimage, He is all Sufficient.   The People of the Book are asked why they deny the revelations from God and try to stop others from following the correct path.  God knows everything that they do.   He (God) reminds the believers that many People of the Book are trying to turn them from belief back to disbelief.  Think! God’s revelations are being recited and the Messenger (Muhammad) lives amongst you, He says.  Whoever clings to God will be shown the right path.

God speaks to the believers saying be mindful of God, devote yourselves to Him and do not die except in a state of full submission to Him.  Hold fast to the Quran and the traditions of Prophet Muhammad and stay together as a united community.  Let there be among that community people who invite others to righteousness, enjoin good and forbid evil.  On the Day of Judgment those with dark faces will be questioned about why they rejected faith and are punished for doing so, whilst the ones with bright faces will bask in God’s Mercy.  Everything belongs to God and will return to Him.

Among the People of the Book are believers but most of them are consistently disobedient.  For those with faith they are no more than an insignificant annoyance.  They will be disgraced because they killed the Prophets, defied God and used to transgress beyond bounds.

Among the People of the Book are those who accept the message of Muhammad, believe in the Last Day, pray at night and bow down before God; enjoin good, forbid evil and compete with each other in doing good deeds.  These people will not be denied their reward.  The unbelievers will not have any protection not even from their wealth or their children.  Hypocritical charity will not help them.  They wronged themselves.  God reminds the believers not to form friendships with such people because they will try to corrupt you whilst desiring your utter destruction.  You might love them but they do not love you.  God knows what is in their hearts and says plainly that they grieve when good befalls you and rejoice when misfortune overtakes you.  There plans will not harm you for God knows exactly what they are doing.

Prophet Muhammad is reminded of how God intervened in the Battle of Uhud by strengthening the hearts of those who were wavering and how at the Battle of Badr He granted them victory over a large opposing force.  Remember these things and know that if you are mindful, God will strengthen your forces with 5000 angels ready for battle in case of a sudden attack.  Be sure though that it is God who relents or punishes.   Victory is only from God.  He forgives or He punishes according to His will.

The work stands as the best work ever done before.It potrays Islam as not only a religion but a nexus to many day to day answers of the questions frequently asked.I recommend that those who are studying Introduction to Islam in Campus go though this work for a better undestanding