“Fear God Wherever You Are”

Description: Explanation of a Prophetic narration that highlights the importance of God-consciousness, good deeds and dealing well with others. 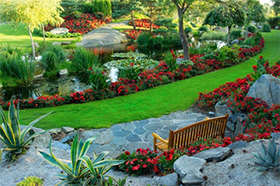 Abu Dharr al-Ghifari and Muadh ibn Jabal relate that the Prophet, may the mercy and blessings of God be upon him, said: "Fear God wherever you are.  Follow up a bad deed with a good deed and it will blot it out.  And deal with people in a good manner."[1]

The importance of this hadith (Prophetic narration):

The fear of God

The Arabic word for the "fear of God" is taqwa.  It comes from the root word meaning "to protect from something, to prevent".  Indeed, a person exhibits the fear of God by seeking to prevent God's punishment by carrying out what God has commanded of him and abstaining from what God has prohibited him.

God had called upon all people in every era to fear Him.  God says: "And We had enjoined upon those who were given the Scripture before – as well as yourselves – to fear God." (Quran 4:131)

Ibn Mas`ud explained what it means to fear God as He ought to be feared by saying: "It means that He is to be obeyed not disobeyed, remembered not forgotten, and shown gratitude not ingratitude."

The fear of God is the path to forgiveness, salvation, and the attainment of God's mercy.  God says:

"And My mercy encompasses all things, and I shall decree it for those who fear Me." (Quran 7:156)

"He is worthy of being feared and worthy of granting forgiveness." (Quran 47:56)

"And whoever fears God – He will pardon him his sins and grant him a great reward." (Quran 65:5)

"Indeed, those who fear God will be among gardens and rivers, in a seat of truth near an All-Powerful Sovereign." (Quran 54:54-55)

God promises those who fear Him that He will provide for their needs and grant them a way out of their worldly difficulties.  God says: "And whoever fears God, He will make for him a way out, and provide for him from whence he could never imagine." (Quran 65:2-3)

This is God's promise.  We should draw strength from it when we are tried in life with difficulties that tempt us to resort to what God has forbidden.

The relationship between knowledge and the fear of God

God says: "It is only those who have knowledge among God's servants who fear Him." (Quran 35:28)

There are two ways in which knowledge and the fear of God are related.  The first is that true fear of God comes about as the result of having proper knowledge of God and His perfect attributes.

Ibn Abbas said about this verse: "They are those who know that God is capable of all things."

He also said: "The verse means: The only people who fear me are those who know my power, my might, and my dominion."

Ibn Kathir says in his commentary of this verse: "The only people who fear God in the true sense are those who are knowledgeable about God.  This is because the more knowledge a person has about the Almighty, the All-Powerful and All-Knowing, who possesses the attributes of perfection and the best of names – the more perfect and complete this knowledge is – the greater and more total his fear of God will be."[2]

The second way that the fear of God and knowledge are related stems from the fact that the fear of God is to seek to prevent God's punishment by carrying out God's commands and abstaining from His prohibitions.  Consequently, a Muslim needs to have knowledge of these matters in order to fear God properly.  An ignorant Muslim may have a sense of fear, but he will not be able to fully carry out what that fear requires of him.

Ibn Abbas said: "To have knowledge of the Most Merciful is to be someone who associates nothing as a partner with Him, who deems lawful what He has made lawful, who prohibits what He has prohibited, who preserves what He has enjoined upon him, and who has certainty that he shall meet Him and that his actions will be accounted for."

Follow up a bad deed with a good deed

The Prophet, may the mercy and blessings of God be upon him, tells us that performing a good deed wipes away the sin incurred from perpetrating an evil one.  Scholars have disagreed whether the "good deed" being referred to here refers specifically to the context of repentance or whether it is general for all good works.

The strongest view is that all good deeds can wipe away evil deeds.  God says: "And establish prayer at the two ends of the day and at the approach of the night.  Indeed, good works do away with evil deeds.  That is a reminder for those who take heed." (Quran 11:114)

A man once came to the Prophet, may the mercy and blessings of God be upon him, and informed him that he had contact with a woman like a husband has with his wife, except that he did not go so far as to fornicate with her.  This man had just prayed the Fajr prayer.  The Prophet said: "Have you prayed with us the Fajr prayer?" When he replied that he had, the Prophet recited: "Indeed, good works do away with evil deeds."[3]

However, a believer should always repent for his sins.  God says: "And those, who when they commit an indecency or wrong themselves, remember God and seek forgiveness for their sins – and who forgives sins except God – and then do not knowingly persist in what they have done, for them is forgiveness from their Lord and gardens beneath which rivers flow, wherein they shall abide forever.  How great is the reward for those who work righteousness." (Quran 3:135)

A believer should follow up his sincere repentance with the performance of good works.  This is what God wants from us.  He says: "Indeed, I am Most Forgiving to whomever repents, believes, and works righteous deeds and then continues upon guidance." (Quran 20:82)

God also tells us: "Except for those who repent, believe, and work righteous deeds.  For those, God will change their evil deeds into good deeds, and God is Most Forgiving, Most Merciful." (Quran 25:70)  This is especially true for major sins.  A Muslim must never leave a major sin to go without repentance, for God's promise of forgiveness is for those who turn to Him in sincere repentance.  The Prophet said: "A servant, if he acknowledges his sin and then repents, God will forgive him."[4]

And deal with people in a good manner

God tells us repeatedly in the Quran to observe good manners in our dealings with others.  He says: "Keep to forgiveness (O Muhammad), and enjoin kindness, and turn away from those who are ignorant." (Quran 7:199)

God says: "Nor can goodness and evil be equal.  Repel (evil) with what is better.  Then he between whom and you there had been hatred will become as though he were your dear friend." (Quran 41:34)

Prophet Muhammad is the perfect example of what it means to possess good manners.  God says, describing him: "Indeed you are of a great moral character." (Quran 68:4)

The Prophet emphasized how good manners are of paramount importance in Islam when he said: "I was sent only to perfect good manners."[5]

Indeed, he tells us that good manners are part of faith.  He said: "The believers with the most complete faith are those who have the best manners."[6]

Among the good manners that we should cultivate is to be sensible in our dealings with others and not to react hastily when they do that which displeases us.  The Prophet said to Ashajj `Abd Qays: "You possess within yourself two qualities that God loves: discernment and forbearance."[7]

Almighty Allah bless you, most knowledgeable.