Description: An oath is sworn, the nature of humankind is described, a warning is given and a reward is promised. 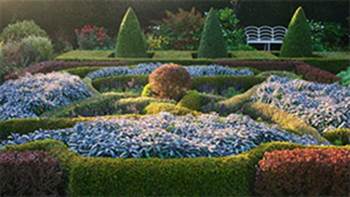 Chapter 89 of the Quran is named Al-Fajr, The Dawn.  As with many chapters it takes its name from the first verse of the chapter.  It was revealed in Mecca at a time when the Muslims were being persecuted.  Al-Fajr has 30 verses.  It begins with God swearing an oath that the tyrants of Mecca will be dealt with like those of the past.  It then goes on to compare the destinies of the grateful and the ungrateful.

The chapter begins, by the daybreak (also called the dawn), and by the ten nights, by the even and the odd and by the passing of the night.  God swears an oath and by swearing on these significant events in His well-ordered universe He asks us whether it is a strong enough oath for a rational person.  The disbelievers have been warned and reminded time and time again about the inevitability of the Day of Judgment yet they still refuse to acknowledge it.  If God swears by these important and well known events will you listen and understand?

The dawn is the time when the first rays of light break through the darkness of night.  It is a miracle of sorts that when we wake up every morning it is a reminder of the Day of Judgement and our resurrection.  It is generally agreed that the ten nights refer to the first 10 days of the month Dhul-Hijjah.  These days and nights were sacred even before the time of Prophet Muhammad, may the mercy and blessings of God be upon him, thus the reference was well understood by the opponents of Islam who were refusing to admit the inevitability of a Reckoning.

The odd and the even refer to the alternation of day and night and the precision of God’s creation.   Day and night, male and female, earth and sky or Paradise and Hell cannot be appreciated or understood without the other.  Finally the oath concludes with the passing of the night.  This connects with the first verse, as the night departs the dawn breaks through.  All these things point to the reality of an All-Powerful God ruling over the universe.  The oath says you see these things yet you will not believe? Look at them closely, use your intellect.

God then addresses Prophet Muhammad asking him if he considered how He (God) dealt with the tyrants and unbelievers of the past.  Remember the people of ‘Aad in the city of Iram whose lofty pillars have never been made in any other land.  Consider also the people of Thamud who built their dwellings in the rocks of the valley; and the might and powerful Pharaoh.  All of them committed excesses and spread corruption in their lands.  But God is watchful, He sees, records, and holds to account, and a scourge of torment was unleashed upon them.

In the previous verses God was talking about whole nations, now He focuses on individuals.  The nature of humankind is such that when a person is tried or tested with honour and blessings he says, "My God has honoured me", but when a person is tried or tested with a restriction of his provisions he says, "My God has humiliated me".  God refutes the claim that if God has given abundance to someone then it is out of honor for him and likewise if He has given less to someone then He intends to humiliate him.   Rather both situations are a trial and a test to see who is thankful to Him when given wealth and who is patient when tested with less sustenance.  For indeed God gives wealth to those whom He loves as well as those whom He does not love and He withholds sustenance from those whom He loves and those whom He does not love.

You have such things as prosperity and respect yet you spend your wealth in vain and useless activities.  You don’t take care of the orphans nor feed the needy; you devour the inheritance of those under your protection.  You have no regard for what is permissible and what is forbidden and your every thought is on how to accumulate more.  This powerful admonition carries with it a strong warning.   A great many people are wrong, they cannot do whatever they like and not be held to account for it.

No indeed (and you shall see) when the earth is pounded to dust, pounded and pounded.  When God comes with the angels, rank upon rank of angels.  This is the Day when Hell will be brought near.  This is the Day when humankind will take heed but by then it will be too late.  These words with their captivating rhythm create a scene that strikes fear into the heart of the believer.   On that Day, when the disbelievers see the sight of the earth being levelled to the ground and smashed and God arriving with ranks of angels that fill the horizon, they will sigh in horror as they become aware of their true situation.  Alas, they will say, if only I had sent forth some good deeds; would that I had left provision for this life to come.

The chapter then goes on to describe the fate of the disbelievers after this desperate sigh.  On that Day no one will punish as He punishes and no one will bind as He binds.  This verse calls to mind the excesses of the nations in the previous verses where torture was a common punishment.  None can punish as God can punish.  It is a strong warning and invokes fear of what is to come.

However, amidst this unimaginable horror, the believers are addressed by God Himself.  O Soul, be at peace, return to God well pleased with Him and well pleasing to Him.  Join My servants and enter My Garden.  Unlike the earlier people described as being ungrateful and arrogant this person is pleased with God in all situations and is addressed with gentleness and compassion.  Join my people in my Garden, a fitting end to a life well lived.